Saint Francis Xavier (1506-1552) is considered the greatest missionary of modern times. Rediscovering his example can therefore be a powerful antidote in times of crisis for the faith and almost of shame in proclaiming Christ, especially as the spiritual journey of this Spanish Jesuit bears the mark of an extraordinary inner conversion. 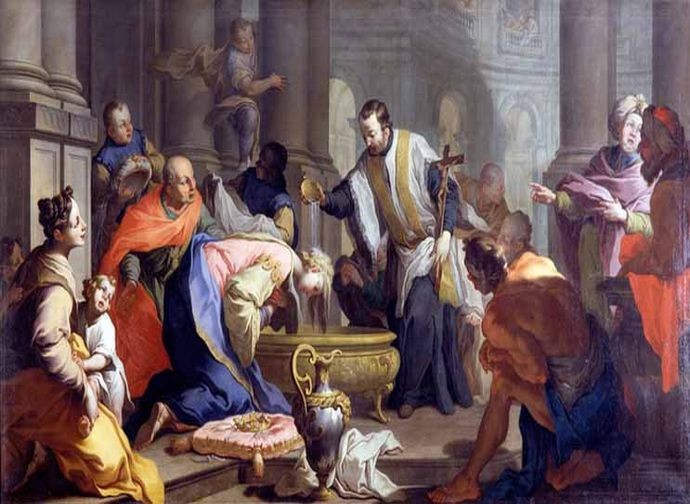 Saint Francis Xavier (1506-1552) is considered the greatest missionary of modern times. Rediscovering his example can therefore be a powerful antidote in times of crisis for the faith and almost of shame in proclaiming Christ, especially as the spiritual journey of this Spanish Jesuit bears the mark of an extraordinary inner conversion.

He was born into a noble family in Navarre and raised as a Christian. After beginning the study of theology in Paris, however, he became more attracted to worldly life than to the calls of the Lord. It was his meeting at college with Ignatius of Loyola that slowly moved his heart, beginning with the teaching of Jesus that Saint Ignatius often repeated to him: “What good is it for man to gain the whole world if he then loses his soul?”,

The initial aversion to these fraternal admonitions then turned into gratitude, as Francis testified: “I thank You, O Lord, for the providence of having given me a companion like this Ignatius, at first so disagreeable”. His profound change culminated in the vow he made on 15 August 1534 in Montmartre together with Ignatius and five other companions. From this nucleus, a few years later, the Society of Jesus would be officially born. Distinctive features of the new institute were: the impetus to proclaim Christ and the promise to go wherever the Pope indicated. The desire to leave for the Holy Land had to be set aside because of the war between Turks and Venetians. But far from remaining inactive, those men of faith were among the main animators of the Catholic Reformation.

The watershed in Francis' life was 1541, when Ignatius chose him for a mission to the East Indies in place of a companion who had fallen ill. After 13 gruelling months of travelling by sea he arrived in Goa, a Portuguese colony, where he began his apostolate among the sick and prisoners. He was soon called “good father”. He went around with a bell to attract the children and teach them catechism. In this work of evangelisation he had interpreters help him to translate the most important prayers and truths of faith into the indigenous languages. He founded churches and schools, reaching the various villages on foot or aboard small boats. The number of conversions was enormous. “So great is the multitude of converts that my arms often ache, for they have baptised so many and I no longer have the voice and strength to repeat the Creed and the Commandments in their language,” he wrote.

He then preached in Malaysia and the Moluccan archipelago (Indonesia). He experienced various dangers and difficulties, from which he came out strengthened by prayer and the offering of his suffering to God. The encounter with the Japanese Anjiro - who had left his homeland for a crime he had committed and, having repented, had converted to Christianity - led Francis to go to Japan. Despite the hostility of the bonzes, with the help of Anjiro the saint’s preaching succeeded in creating a living Christian community. He wrote that “in the face of the great number of people who came to ask questions and talk, my joy and consolation were such that I can say in all truth that never before in my life have I been so happy”. His next project to spread the message of Christ in China was terminated by pneumonia. The illness led to his death on the island of Sancian, at the end of ten years of missions in which he is estimated to have baptised 30,000 people.

In the 18th century this champion of God was chosen as the protector of the entire East. In 1927 he was named patron saint of all missions together with St Therese of Lisieux.