“If the good Lord grants my wishes, my Heaven will take place on Earth until the end of the world. Yes, I want to spend my Heaven doing good on Earth”, wrote Sister Teresa of the Child Jesus (St Thérèse of Lisieux) (1873-1897) a few months before her death.... 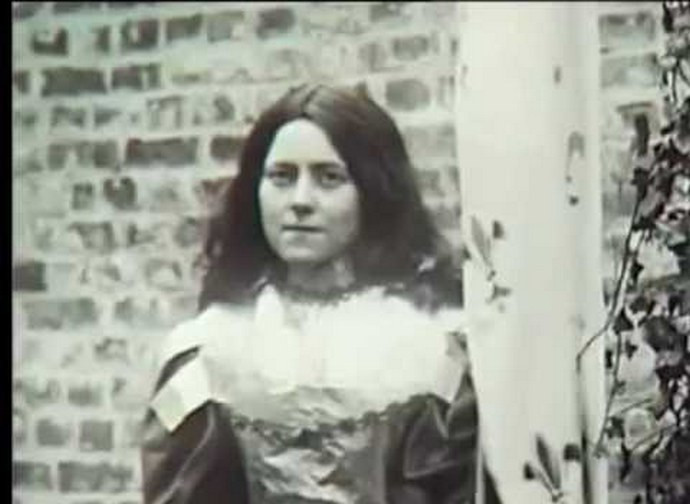 “If the good Lord grants my wishes, my Heaven will take place on Earth until the end of the world. Yes, I want to spend my Heaven doing good on Earth”, wrote Sister Teresa of the Child Jesus (St Thérèse of Lisieux) (1873-1897) a few months before her death. One hundred and twenty years later it is evident that God has granted her wishes. Her biography, written in obedience and published posthumously under the title Story of a Soul, was translated into over 50 languages and printed in millions of copies, inspiring a great number of people and bringing them closer to Christ. “The greatest saint of modern times”, Saint Pius X called her. And under the pontificate of St John Paul II she became the youngest among the Doctors of the Church.

She was the last of the nine children of Zélie and Louis Martin, the first married couple to be solemnly canonized together. Zélie (1831-1877) died when Teresa was four years old, and following this devastating bereavement the family moved to Lisieux. The premature loss of her mother, who had taught her a prayer to offer her heart to God, did not prevent her from always remembering her vividly. “The good Lord gave me the grace to open my intelligence very early on. Undoubtedly, in His love, He wanted me to know the incomparable mother He had given me, but whom His divine hand was eager to crown in Heaven!”. No less rich in graces was the relationship with her father Louis (1823-1894), from whom his daughter had drawn an extraordinary faith early on, simply by observing how moved he appeared during the daily Mass. “I only had to look at him to know how the saints pray”, she would recall; she thought of her father as an earthly image of “Papa the good God”.

In November 1887, after having entrusted her vocation to Our Lady who had healed her in the past, she amazed everyone during the audience of a group of French pilgrims with Leo XIII. On her knees she beseeched the Pope to intervene to have her admitted to the convent despite the fact that she was still so young. “If the good Lord wills it”, replied the Holy Father. God willed, because in a short time the bishop who accompanied her was convinced and she was able to join the Carmel when she was only 15 years old, taking the religious name of Teresa of the Child Jesus. To this she added the words “and the Holy Face” to express more fully her inclination to contemplate the mystery of Christ. At the convent of Lisieux she found her sisters Pauline and Mary, but the decision of the “saint of the smile” depended solely on the desire for Jesus. “I felt that Carmel was the desert where the good Lord wanted me to go and hide”.

Because of her poor health she was unable to satisfy her wish to go on missions, but she lived the cloistered life intensely, supporting two missionaries who became her spiritual siblings with letters and prayers. Tuberculosis struck her in 1896, at Easter. At the same time she began to experience a profound crisis which she called her “dark night of faith”. The greatest battle of her soul. She received incitements towards atheism, which she endured as if they were her own personal cross. Meanwhile, she continued to offer sacrifices and fasts and to multiply her acts of faith, without ever losing hope because she sensed that the Lord was trying her for the benefit of unbelievers: “My Heaven is to smile at this God whom I adore, when he wants to hide Himself to test my faith”.

Aware of her own imperfections and enlightened by the evangelical call to be like children, Teresa discovered that she had to offer all her limits and her littleness with confidence to Jesus: she called this discovery the “Little Way”, exhorting total surrender to God in order to be raised up by Him to holiness. On her deathbed, her sister, who asked her if she often thought of the Lord, replied: “I think I have never spent three minutes without thinking of Him”. In her last earthly moments she looked at her crucifix and said: “I love Him! My God, I love you!”.

Patroness of: patients with AIDS, tuberculosis and other infectious diseases; missionaries, orphans, vocations