St Martin I (c. 600-655) showed his mettle when he was elected pope in July 649, because he did not wait for the consent of the Byzantine emperor Constant II, going against the practice that had been established from Justinian onwards, and which lasted more than two centuries (537-752) 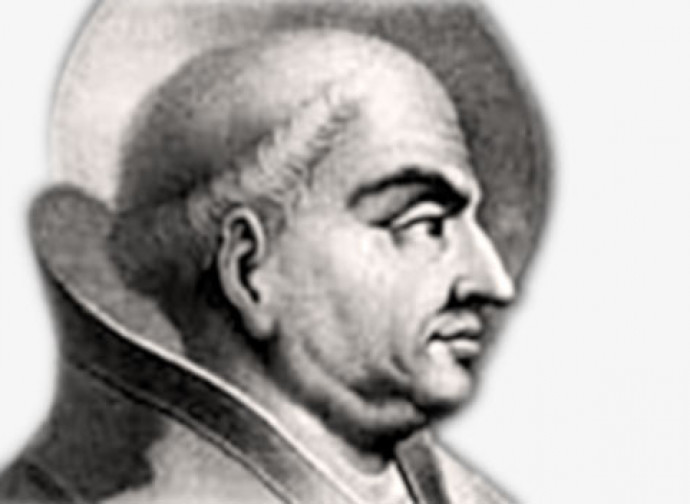 The story of St Martin I (c. 600-655), who is venerated as a martyr, reminds us of what love for the truth, i.e. for Christ, means and how the fight against heresies derives from it. The saint showed his mettle when he was elected pope in July 649, because he did not wait for the consent of the Byzantine emperor Constant II, going against the practice that had been established from Justinian onwards, and which lasted more than two centuries (537-752). One of his very first papal acts was to convene the Lateran Council, held in October 649, to condemn monothelitism. This heresy attributed to Christ the divine will alone, denying its subsistence with the human will (and thus undermining the meaning of the whole economy of salvation). Monothelitism had already been vigorously opposed by St Sophronius of Jerusalem (†638), the first to denounce the grave danger to the faith.

The bishops gathered at the Lateran Council sanctioned the errors of monothelitism. They denounced as heretical both the Ekthesis (a document promulgated in 638 by the then emperor Heraclius and written by the patriarch of Constantinople, Sergius I) and the Typos, an edict issued in 648 by Constant II (at the instigation of the patriarch Paul II), by which the emperor forbade any further discussion of monothelitism. Ekthesis and Typos constituted an attack on the dogmatic principles solemnly established at Chalcedon (451) and clearly ignored the authority of the pope and his prerogative to confirm the whole Church in the faith. The role of St Maximus the Confessor (d. 662) at the Council was invaluable. A few years later, shortly before his death, he had his tongue and right hand cut off by the Monothelite persecutors because he had strenuously defended Catholic doctrine in words and writing.

The emperor reacted by sending the exarch Olympius to Italy and ordering him to force the Church to accept the Typos. Unable to obtain the support of the army stationed in Rome, officially Byzantine but largely composed of Romans, Olympius planned to assassinate the pope. According to the evil plan, one of Olympius' squires was to stab Martin while the exarch was receiving the Eucharist from the pope's hands. But in the act of striking the Holy Father - reports the Liber Pontificalis - the squire was dazzled and temporarily blinded: Olympius became convinced that Martin was protected by God, changed his attitude, and on his own initiative turned against the empire, ruling Italy independently. In 652 he died during an expedition to Sicily. Constant II then sent a new exarch to Italy, who in 653 managed to surround the Lateran by deception, captured the sick pope there and deported him to Constantinople.

Martin arrived in the capital of the empire after an exhausting journey. He was held in solitary confinement for three months and then condemned to death after a single day's trial, on the unjust charge of high treason against the state. They then removed his pontifical robes, put him in chains and took him back to prison, dragging him half-naked through the streets of Constantinople. Patriarch Paul II (†653), who was also ill and in his last days on earth, interceded for Martin with the emperor, who changed the death sentence to exile. The Holy Father, of whom seventeen letters are preserved, spent another fifteen very hard months in captivity in Constantinople, but always remained steadfast in his faith. "Do with me what you will; any death will be a relief to me", he said on one of the occasions when they publicly humiliated him. He was finally deported to Kherson, in the Crimea, where he died of hardship on 16th September 655. Martin's body, venerated for the many miracles attributed to his intercession, was later transferred to Rome.