The unshakable faith in God’s will was the distinctive trait of Saint Frances Xavier Cabrini (1850-1917), detectable in the choice of her name as a religious, when she added "Xavier" to her first name, in honour of the great Spanish missionary who had given everything up for Christ, announcing Him in the most distant and impenetrable lands of the East. 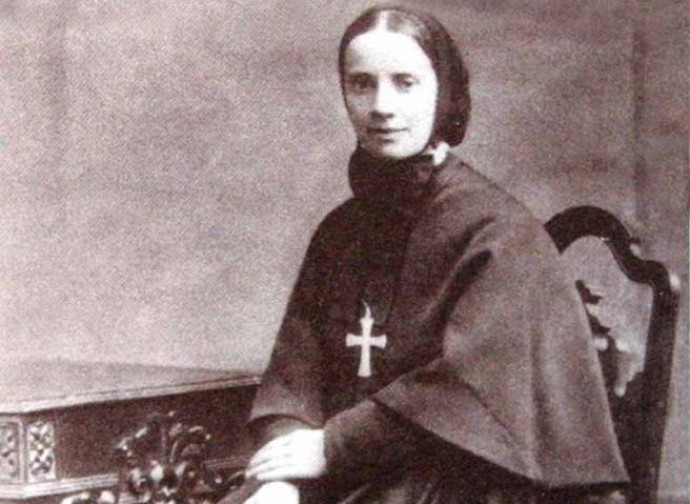 The unshakable faith in God’s will was the distinctive trait of Saint Frances Xavier Cabrini (1850-1917), detectable in the choice of her name as a religious, when she added "Xavier" to her first name, in honour of the great Spanish missionary who had given everything up for Christ, announcing Him in the most distant and impenetrable lands of the East. The youngest of 13 children of a wealthy peasant family, Frances was born in Sant’Angelo Lodigiano, in Northern Italy. Having lost both parents when she was still very young, she became a nun after qualifying as a primary school teacher. To continue the mission of her inspirational saint, Frances wanted to leave for China, but she understood that God had a different design. The Bishop of Lodi was the first to sense her organisational qualities and virtues. He suggested she should found a religious institute to assist the numerous Italians who had emigrated to America. The young woman gathered some companions and in 1880 founded the Missionaries of the Sacred Heart of Jesus, establishing houses in Lombardy and then in Rome.

The prospect of the foreign mission materialised thanks to another Bishop, Blessed Giovanni Battista Scalabrini. While declining his proposal to complement the male branch of the congregation he had founded, she accepted to become the headmistress of an infant school and a school in New York. In fact, Leo XIII himself had advised her to go to America. "The institute is still young", the Holy Father had said, "it needs resources: go to the United States, you will find many, and with them a great work field. Your China is the United States, there are many Italian immigrants who need assistance". So she left in 1889, making the first of about twenty transoceanic crossings, working indefatigably to meet the material and spiritual needs of her fellow countrymen abroad: "The Italians here are treated like slaves ... we should not love our country not to feel hurt", she wrote of Italian Americans, whom she helped integrate into American society without renouncing their identity, while reawakening their Catholic faith.

Assisted by the nuns and benefactors who were attracted by her charism, including some rich Italians who became involved in her charity work, Frances took care of every social group that was fragile or in need of formation: the orphans, the sick, the young and the old. Thus everyone started calling her Mother Cabrini. She founded schools, orphanages, women's colleges, nursing homes, infant schools, hospitals in New York and Chicago, extending her work to California, then to Argentina, and then again to the great European capitals, such as London, Madrid, Paris. To those who praised her for the success of her initiatives, she replied sincerely: "Have not all these things been done by the Lord?" It was in Him that she found the strength to overcome every difficulty, as emerges from her writings: "If anything should seem to me hard and heavy, I will double my confidence and abandonment in my Beloved, trying to take total rest in His divine Heart".

The devotion to the Sacred Heart of Jesus and the love for the Eucharist nourished by long contemplations before the tabernacle, with which she tried to kindle her nuns' faith, were the source of her perseverance. "If I occupied myself only with external things, however good and holy, I would slacken and languish, running the risk of losing myself, without the sleep of prayer", she recommended, indicating that her service to God in the neighbor stemmed from a soul refreshed by contemplative prayer and by an intense inner life, an aspect often overlooked when talking about great saints capable of transforming the world like Frances Cabrini. For this reason Pius XII, who canonized her and proclaimed her "heavenly patron of all emigrants", was quite right in saying that "among her heroic virtues, the charity of Christ was most heroic in her". The intimate union with Our Lord is the virtue that more than any other animated her work, which is why Italian Americans simply call her "our saint".