On 1 October 1999, she was proclaimed by John Paul II Co-Patroness of Europe, for good reason. Saint Bridget of Sweden (1303-1373) is in fact one of those models of holiness capable of containing multiple vocations, which make her one of the richest and most luminous figures of the 14th century as well as a constant spur towards Christian perfection. 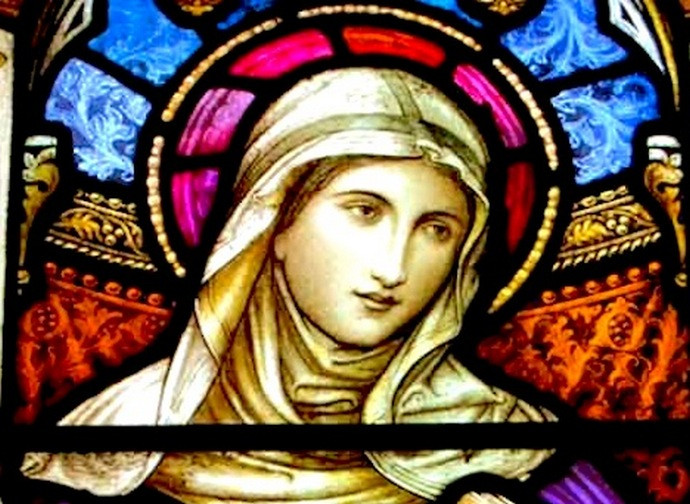 On 1 October 1999, she was proclaimed by John Paul II Co-Patroness of Europe, for good reason. Saint Bridget of Sweden (1303-1373) is in fact one of those models of holiness capable of containing multiple vocations, which make her one of the richest and most luminous figures of the 14th century as well as a constant spur towards Christian perfection. She who in her life was bride, mother, lady-in-waiting, Franciscan tertiary, widow, mystic, founder of a religious order, exhorter of popes and rulers, was born in the castle of Finsta, a village in the Swedish province of Uppland, to an aristocratic family. Her parents chose her name out of devotion to St. Bridget of Ireland.

She lost her mother in childhood. Around the age of 13 she was married to the nobleman Ulf Gudmarsson. Her husband benefited from the sweet presence of Bridget, proving to be a pious Christian and forming with her a real small “domestic church”, among prayers, mortifications and service to the needy. Bridget and Ulf had eight children together, four boys and four girls, one of whom is St. Catherine of Sweden. They founded a small hospital, where they often went to personally assist the sick, whose clothes the saint washed and mended. When Magnus IV of Sweden married Bianca of Namur, Bridget was called to court to assist the young queen. In 1341, which marked 25 years of marriage to Ulf, the couple went to Santiago de Compostela. On their return from the pilgrimage they decided to live in continence, embracing the new vocation to which God called them. Her husband entered the Cistercian monastery of Alvastra, near his fiefdoms, and died there in 1344.

Upon the death of her spouse, Bridget moved to a house near the abbey and here, meditating intensely on the sorrows and glories of Christ and the Virgin, she began to receive the extraordinary heavenly revelations that would accompany her for the rest of her earthly days and which she dictated to her confessors. They translated them into Latin and collected them in eight books entitled Revelationes (Revelations). “My child, I have chosen you for Me, love Me with all thy heart... more than anything in the world”, Jesus said to her. Bridget continually asked the Lord to reveal to her how many blows He had received during the Passion because she wished to honour His every pain. One day, Jesus revealed to her that He had been struck 5480 times and He dictated 15 prayers to her to recite every day for a year, accompanying them to the Lord's Prayer and Hail Mary.

During her contemplation at Alvastra she conceived the idea from which the Order of the Most Holy Saviour was born. The castle of Vadstena became the first “double” Bridgettine monastery. According to the Rule, approved by Urban V in 1370, the Bridgettine monasteries were to host 60 nuns and 25 friars, strictly separated: their only meeting point was the church for Mass and common prayer (for the male part there were to be 13 priests, in memory of the Twelve plus St. Paul, 4 deacons, in memory of the first Doctors of the Church, and 8 lay brothers). They were to live under the authority of the abbess - following the example of Mary, Queen of Apostles - and with a general confessor.

In 1349 she left Sweden and travelled to Rome. She succeeded in obtaining from Pope Clement VI - resident in Avignon, which was the papal seat for much of the 14th century - the proclamation of the Jubilee in Rome for the following year. Well aware of the Divine Will, Bridget devoted herself body and soul to the task of convincing the various popes in Avignon to bring the papacy back to Rome, where St. Peter had established his seat as Vicar of Christ and suffered martyrdom. To this end she wrote numerous letters, offered prayers and sacrifices.

As a true spiritual mother, Bridget did not fail to admonish the people and the clergy to live according to the Christian virtues. However, she always maintained a devout respect for authority. For many she was a point of reference, others opposed her. “Bridget was recognized as having the power of prophecy, and at times her voice did seem to echo that of the great prophets of old. She spoke unabashedly to princes and pontiffs, declaring God's plan with regard to the events of history”, John Paul II wrote about her in the Spes Aedificandi. Satan tried to bring her down, but Bridget faced every spiritual battle and every external assault as Our Lady had taught her: “Whatever temptation assails you, ignore it; do not stop praying”.

In Italy she visited many places, especially to venerate the relics of the saints, going to Milan, Pavia, Assisi, Ortona, Bari, Benevento, Pozzuoli, Naples, Salerno, Amalfi, up to the sanctuary of St. Michael the Archangel on the Gargano. The last pilgrimage she made was in 1372 to the Holy Land, where for four months she visited the places of the Passion, Death and Resurrection of Jesus, immersing herself even more in Him. She contracted an illness that worsened on her return to Rome and led to her death on 23 July 1373, when she was seventy years old. Her confessor revealed: “Five days before Bridget died, Our Lord Jesus Christ came, stood before the altar in her room and said to her: I have done with you what the Bridegroom does when he hides from the Bride to make himself more ardently desired ...”.