Exaltation of the Holy Cross

From the East, where it is celebrated with a solemnity equal to Easter, the feast of the Exaltation of the Holy Cross arrived in the West and in particular in Rome, where it is attested before the end of the 7th century 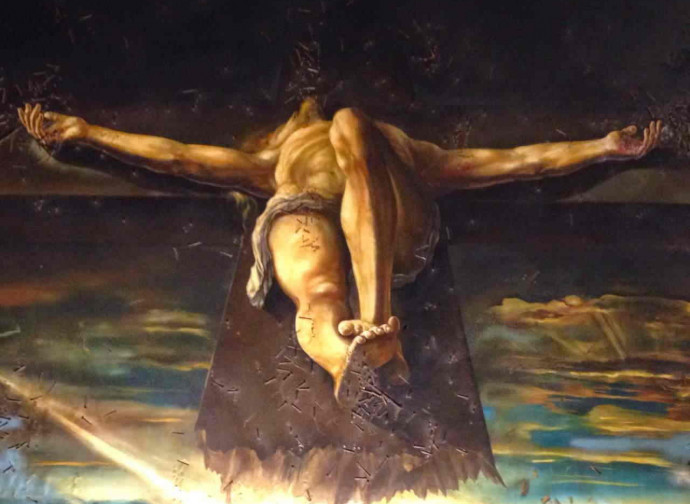 The date of this feast has its origins in the dedication and inauguration, between 13 and 14 September 335, of the two churches of the Martyrion and the Anastasis (Resurrection), which comprised Constantine’s Basilica of the Holy Sepulchre, erected on Calvary at the instigation of saint Helena. Tradition attributes to Constantine's mother the merit of having found the True Cross a few years earlier.

The relics of the True Cross were already scattered throughout the Christian world at the time of the Catecheses (348-350) of St Cyril of Jerusalem. In 614 it had been taken as spoils of war by the Persians. But in 628 it was recovered thanks to the victory of the Emperor Heraclius, who on his return to Constantinople celebrated his triumph on 14 September of that year and then returned the relic to the Holy Sepulchre.

From the East, where it is celebrated with a solemnity equal to Easter, the feast of the Exaltation of the Holy Cross arrived in the West and in particular in Rome, where it is attested before the end of the 7th century.

Today's feast, even in its name, helps us to remember that eternity in glory and the salvation of the human race pass through the cross, through which Our Lord conquered sin and death, against all the world's expectations. “Hail, O Cross, our only hope!”, sings the Church in the liturgy, thus following the teaching left by Jesus in his earthly apostolate, even before living through the sufferings of the Passion: “If any man will come after Me, let him deny himself and take up his cross and follow Me.  For whosoever will save his life shall lose it, and whosoever will lose his life for My sake shall find it” (Mt 16:24-25). There can therefore be no Christianity without the cross, which is the premise of the Resurrection and which has made the faithful of all times discover the meaning of suffering on earth. We read in the Catechism: “It can now configure us to Him and unite us with His redemptive Passion” (CCC 1505).

Saint Andrew of Crete explained that the cross “is both gallows and trophy of God. Gallows for His voluntary death on it. Trophy because with it the devil was overcome and with the devil death was defeated. Moreover, the power of hell was weakened, and so the cross became salvation...”. That is why Jesus, before being crucified, announcing His glorification through His sacrifice, said: “And I, if I be lifted up from the earth, will draw all men unto Me.” (John 12, 32).