After the ruling, which gives the doctors of the 12-year-old with a severe brain injury, permission to remove his life support, Archie's family declare they intend to appeal and denounce the collusion between the judge and doctors and the serious failures of the London Royal Hospital: "They consider him dead based on just an MRI scan ". "From the start, they were more interested in his organs than saving him." "They are trying to starve him to death." "The hospital hygiene is appalling, there is also a death chamber for children like Archie.” 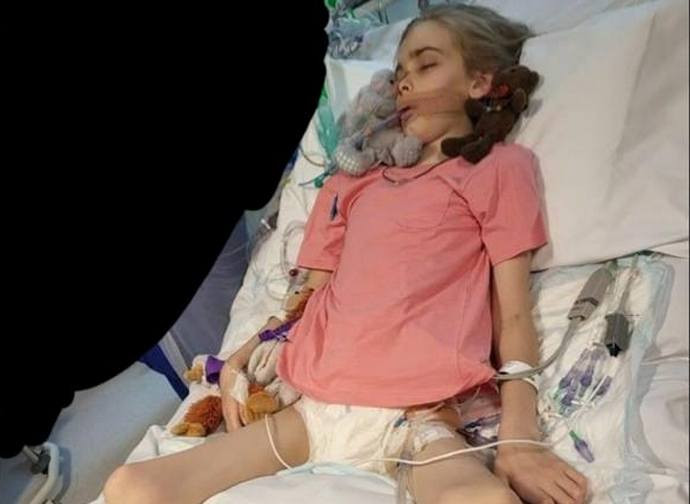 “Stop the slaughter.” “We do intend on appealing, this is only the start, I will not give up my fight for my son.” Hollie Dance spoke with the rallying cry of a modern Joan of Arc when the Daily Compass caught up with her for an interview. Her voice is calm but there’s unflinching resolve in her response to the High Court sentence on Monday 13 June, coldly communicated by email, hours earlier, which gives “permission to the medical professionals at the Royal London Hospital to cease to ventilate mechanically Archie Battersbee”, her youngest son.

Archie Battersbee has been at the centre of a High Court dispute between the doctors treating him who say his life support should be disconnected and his parents, who want his treatment to continue. The sentence issued by Mrs Justice Arbuthnot for Archie’s best interests, focused primarily on there being no hope of recovery and the lack of quality of life:  If “Archie remains on mechanical ventilation, the likely outcome for him is sudden death and the prospects of recovery are nil," "He has no pleasure in life and his brain damage is irrecoverable. "His position is not going to improve," she stated.

Hollie on the other hand, claims the medical profession and UK legal system combined have failed to protect Archie’s right to life. In this exclusive interview with the Daily Compass, she explains her misgivings concerning Archie’s treatment in the Royal London Hospital and the legal battle she intends to continue fighting. 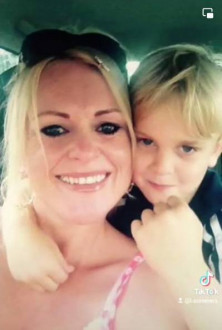 Archie Battersbee is not the first end of life case to reach the High Court. What is it about these cases that make it so difficult for the family to win?
The problem is twofold: the way these cases are conducted in court and the medical definition of death. In Archie’s case, he has been declared, “highly likely brain dead” based on an MRI scan. This doesn’t fit the legal criteria for diagnosing death. Throughout the case, the judge listened exclusively to the doctors and the evidence they provided. Whereas, the evidence we provided from an US-based doctor, Dr Alan Shewmon, an expert on brain death with a CV 37 pages long, was totally dismissed. The judge lacked any medical knowledge, and instead of asking for a second opinion and making an effort to understand the evidence, she backed the doctors. It was more convenient. She didn’t seem able to think for herself. She did make the effort to come to the hospital to visit Archie, but she spent only 30 seconds in his room, never approached his bed, spoke to me for about 30 minutes and then spent an hour and a half with the doctors. Even the court appointed guardian who was supposed to be impartial and represent Archie’s best interests, went on holiday before the sentence was released. She arrived and left the court at every hearing with the lawyers and doctors representing the hospital. She even ate lunch with them. I would have thought that was a conflict of interests. She certainly didn’t seem to care about Archie. She was adamant Archie should die.

Mrs Justice Arbuthnot wrote in her statement, 'I find that Archie died at noon on May 31 2022, which was shortly after the MRI scans taken that day’. Did anything happen in these two weeks, after his so called “death”, that confounds that statement?
I don’t know how they can say Archie is dead. He is holding his blood pressure, his temperature, his heart rate, he assimilates food, passes stools and urinates. He’s already fought off one infection and at the moment is fighting off sepsis which he contracted in hospital because the hygiene is so bad. He’s got muscle tone, he holds my hand and opens his eyes although he’s very drowsy because of the sedatives. There are even variations to his blood pressure and heart beat when he receives visitors. I’ve never heard of a corpse doing that. 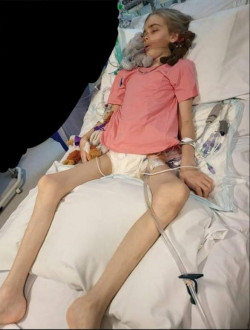 You made a statement after the sentence, "basing this judgment on an MRI test and that he is 'likely' to be dead, is not good enough. This is believed to be the first time that someone has been declared 'likely' to be dead based on an MRI test."  Is there something about Archie’s case that explains the doctors resolve to withdraw his life support?
I think this hospital knows it’s messed up and they don’t want to be found out. They received incorrect information at the start. They thought Archie had been without oxygen for 40 minutes instead it was only for 3 minutes. I gave him CPR straight away. As Archie is a good athlete, they thought they had the perfect organ donor and there was no point giving him treatment. When I told them Archie was not on the donor list, they started to get worried. When Archie had his accident, he was taken first to the local hospital in Southend. His heart beat was regular, he was trying to breathe on his own, he opened his eyes. He was intentionally referred to the Royal London Hospital because Southend could not provide the specialised treatment he required. They were convinced Archie could make a recovery. But not only did the Royal London not give him treatment they are starving him. He’s lost more than two stone in 8 weeks.

In your statement, you said, 'we do intend on appealing, this is only the start, I will not give up my fight for my son.' Does this mean you intend to change the way you will fight the next legal battle?
We will be asking more medical questions this time. Why is Archie still being sedated? Why didn’t Archie have two scans, instead of one, as prescribed by the medical code of practice? Why when we asked for blood tests to be done privately, they immediately flushed out Archie with 9 bags of fluid? Why did the brain scan referred to have only 8 teeth when Archie has 13 teeth? And why were another child’s medical records with it and the scan was unnamed? Why was it stated that 10% brain necrosis is irreversible when there is evidence it isn’t? Our specialist said he had never seen a case like Archie fail the neurological tests, was he on muscle relaxing drugs that influenced the result? Why are all end of life cases decided on day 3 of the child’s recovery in hospital? Why were we denied a second opinion? We are ready for battle and this might be the hospital’s biggest fight ever.

Since the beginning you have said, 'until it’s God's way I wont accept he should go. Yet, the judge has excluded any reason to hope for improvement and mentions pleasure in life as a determining factor in her sentence. What would say about this?
God’s way means all the moral, legal and medical questions have been answered properly. Perhaps, Archie might only last a month with the right care, but I will know everything that could have been done was done to save him. It will be hard but I can come to terms with that. How can the judge say he is dead when Archie has not even been given a chance to recover. Why don’t they just feed him, remove his medication to see what he can do? The quality of care in this hospital is shameful. The rooms are dirty. The floors are washed every two days and the surfaces are not cleaned at all. We know which cubicle children are put in to die. If the child is in the room close to the desk area they are on a death sentence. As for pleasure in life, you don’t need to be a perfectly healthy human being to experience pleasure. Archie has a disabled brother, he loves his life, he’s a very happy person.

The judge presents Archie’s death sentence as if it were a benevolent gesture. Was the family consulted about their preference?
No, from the start our requests have never been taken into account. Sometimes, I even wonder if the hospital is trying to provoke a cardiac arrest. Archie has been given large doses of potassium which interferes with his heart beat. They have already stated he won’t be resuscitated. I am only asking for my son to be given time.

You mentioned that there are other “kids” in the London Royal Hospital on potential death sentences and that this battle now goes beyond Archie, “it’s for all these children”. What do you hope to achieve?
Many parents don’t challenge the doctors. Instead they need to know they have legal rights as parents. I’ve had parents tell me they regret having given in to the hospital. I want to show these parents you can fight for your rights. I want to encourage parents to question the doctors and do their own research. Doctors make mistakes and medicine isn’t exact. The definition of brain death has been proved to be inadequate, the law needs to be changed.

Has your Christian faith been a source of strength for you?
During this stressful period, my faith has been soothing and comforting. Knowing that so many people are praying gives me strength. This isn’t a fight just for Archie, it’s a fight for all human beings and for life. Two Catholic chaplains alternate to visit Archie everyday to pray with him. Sometimes, I wonder if Archie has been chosen to go through all this because he is able to. He was so fit physically he can take a lot. This is morally wrong, we have to stop the slaughter. Archie believes in justice and I know he wants me to fight this battle. I’m his mother. My mother’s instinct is telling me, he’s still in there and to keep going.