Archie, another victim of “best interests”

Twelve years old, with a serious head injury caused by accidental suffocation, the family embroiled in a legal battle against the London hospital doctors who want him dead. The final sentence - following life-threatening tests - due within days. Then, there’s the whole family’s conversion to Catholicism after the accident. 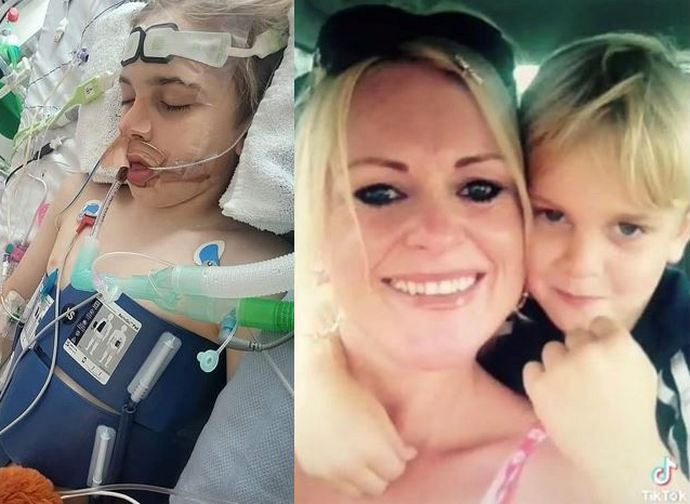 Not even the mother’s anguished pleas to give her son “a chance at life”, sufficed to dissuade Mrs Justice Arbuthnot at the Family Division of the High Court in London from ruling unequivocally last 12 May, that 12-year-old Archie Battersbee’s must undergo potentially dangerous brain-stem tests this week. It’s a step towards determining if death by removing his life-support, is in his “best interests”.

April 7, marks a watershed in the lives of Hollie Dance and her family, who were baptised into the Roman Catholic Church last Easter, in consequence. That afternoon, she found her youngest son Archie, a competitive MMA fighter and keen gymnast, unconscious, hanging from a ligature tied under his chin, at the top of the stairs, in what she describes could only be a “freak accident” or an “online challenge gone wrong”. Since that fateful day, Archie has never fully regained consciousness. Specialists treating him at The Royal London Hospital have said, it is “highly likely” he is already brain dead and have told his mother, it is now time to withdraw Archie’s life-support and have asked if she would donate her son’s organs.

But, Ms Dance, 46, and Archie’s father, Paul Battersbee, 56, from Essex in England, disagree. She has replied by publicly vowing that she “won’t give up” fighting for her son’s life. In anguish, she told the court, “Archie had a severe brain injury only four weeks ago, that’s not enough time to see what he can do.” “It took me five weeks to get over the flu”. “I've been told he's brain dead from day three of him being in there.” “Everyone is in such a rush,” she said, begging Archie’s doctors to “watch and wait” with her for signs of possible healing before an end of life decision is broached.

Sleeping on the couch in his room, Archie’s heart broken mother has been keeping a bed-side vigil next to her son since he was taken into hospital. During this period, she has shared more intimate time with him than anyone. She describes how not long after the accident, Archie “began to open his eyes”. “When his ventilator tube was being replaced, tears appeared in his eyes” and “he has squeezed my fingers with a tight grip. I think that’s his way of letting me know he’s still here and just needs more time”. Also Archie’s sister Lauren has described a similar life experience when she held her brother’s hand and Ella his sister-in-law told the Daily Compass a few days ago, “ Archie opens his eyes more frequently and his knuckles go white now from the tension of holding your hand so tight”.

Such personal experiences over the last month have convinced Archie’s family he is not brain dead and that these movements are not just nerve reflexes as his doctors presume. They believe Archie is communicating his desire to live. They don’t deny his condition is very critical but believe with time, the right medical treatment and their unconditional love and care, he could make progress. They want the hospital to give him the chance. This is the reason Ms Dance has repeatedly refused to give the hospital permission to carry out brain-stem tests on her son. In her view, the series of tests would not only put Archie at risk of complicating his medical state, are clinically unreliable, but also untimely at this particular stage of her son’s recovery. Barts Health NHS Trust which runs The Royal London Hospital, responded by taking her to court to get permission.

During the private court hearing, Bruno Quintavalle representing the family also contended the utility of the brain-stem tests, which include an apnea test for which the patient is disconnected from an artificial ventilator for between 5 to10 minutes. He said the test was "not one" which could "reliably lead to a determination of death". While doctors are ready to suppress Archie’s young life, the lawyer informed the court, his parents are “very concerned” that their son had not received treatment to relieve swelling on his brain. “The concern is that he may be suffering every day more damage which could have been avoided”.

Barrister Fiona Paterson, representing Barts Health NHS Trust, told the court, “it is highly unlikely he will ever recover consciousness”. And, regardless of Archie’s brain stem results, the Trust intends to persevere with obtaining legal permission to withdraw his mechanical ventilation. A Do Not Attempt Resuscitation form (DNAR) has already been put in Archie’s medical file in the incase of a heart attack. His death, which couldn’t be sooner, in their professional opinion, would be an act of mercy releasing him from his agony.

Paradoxically, an act of mercy took place last Easter for Archie and his family, miraculously transforming an inexplicable tragedy into a mission of hope with a destiny. Ms Dance put it this way to the press, “until it’s God’s way I won’t accept he [Archie] should go. I know of miracles when people have come back from being brain dead. He may not be the same as he was but if there’s the possibility he could live a happy life after this, I want to give it to him.” Since their conversion, Archie has become a gift sent by Another who asks to be chosen.

Archie made that choice after a search that lasted almost last two years. A stereotypical English adolescent, blond hair and blue eyes, he began to yearn for the same source of peace and strength other famous boxers had found in religion. Ironically, when boxers pray for protection, it’s usually from brain damage. But for Archie and his family, his brain injury has been providential.

The Catholic Church at the end of the road where they live in Southend caught Archie’s attention. Timid by nature, he regularly watched the parishioners enter and leave the church at a distance but for a long time felt too nervous to go in.  Ella told the Daily Compass, “since last Christmas, Archie began to ask his mum insistently if he could be baptised a Catholic but Hollie kept putting the decision off until his tragic accident”. In hospital, she fulfilled her son’s desire. His baptism took place on Easter Sunday, Ms Dance and her two children, Lauren 20 and Tom 22 were baptised the following day on Easter Monday.

Support for Archie and his family has poured in since his sister Lauren started an Instagram page @spreadthepurplewave  mapping Archie’s journey. A gofundme page, Just for Archie, has raised tens of thousands of pounds in donations. Christian Concern, a campaign organisation is backing the family. A healing prayer service held live on Facebook every Sunday, is led by the hospital chaplain, with the participation of prayer groups from Australia, Spain, America, Italy and Ukraine.

Ms Dance is now appealing to doctors and hospitals abroad to come forward to offer Archie the specialist treatment he needs before its too late.

The rigid time frame being imposed on Archie’s life poses once again that perennial question, what is a person’s best interests? For many, the UK National Health Service and the judges who rule on their behalf, don’t have the answer. Instead, often uncontested, they tyrannically assume God’s right to gift and take life, creating a system so inhumane that the testimony of family love such as Archie’s is as incomprehensible as its repugnant.

Yet the brave families who have already passed through the revolving door of notorious legal battles like Alfie Evans, Charlie Gard and many others, remind us our hearts yearn most of all to be loved unconditionally like Archie’s family love him. This is why Archie’s family is crossing swords with the National Health Service, they want to take back their right to love.