In his latest open letter, Archbishop Carlo Maria Viganò shines new light on the extraordinary career of Archbishop Edgar Peña Parra, the second most powerful figure inside the Vatican’s Secretariat of State. Peña Parra is currently under investigation for accusations of homosexuality, abuse and corruption. But the apparent scandal extends well beyond just his own case... 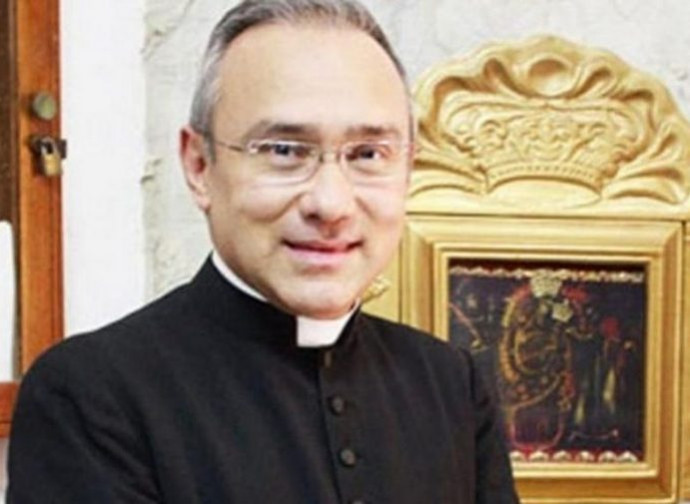 Archbishop Carlo Maria Viganò has decided to have a second go: by releasing a lengthy open letter on the website LifeSiteNews.  The former apostolic nuncio to the United States and great accuser of Pope Francis in the "McCarrick case" re-proposes a dossier on the Vatican Secretariat of State's second in command, Venezuelan Archbishop Edgar Peña Parra, who since 2018 has served as Substitute in place of the recently disgraced Cardinal Angelo Becciu.

I say "second go" because Viganò's accusations against Peña Parra, involving homosexuality, sexual abuse, and corruption, date back as far as June 2019. It was then when Viganò made detailed claims about the Venezuelan prelate in a Washington Post interview. However, the newspaper edited out that part of the conversation. The Washington post choose not to publish Viganò's allegations but promised to do so upon further investigation. Since this never happened, the following July Viganò did so himself through an article he posted on LifeSiteNews.

Viganò's accusations, which were both thorough and severe, were nonetheless largely ignored by major media outlets and, in particular, by the Holy See. Nearly a year and a half later, Viganò is sticking by his previous statements, but now with the hope of deconstructing the official narrative created by the Vatican communication's team and which is happily supported by most of the secular media. It is the narrative of a Pontiff-Superman who fights a lone battle to defeat evil and corruption within the Roman Curia. It is the same narrative relaunched following Becciu's ouster in order to justify the archbishop’s sentencing without a trial and reverse the pope’s own image of a fickle tyrant, who resembles “Peron” more than a “good shepherd.”

Viganò's testimony is also interesting, as it directly implicates both the Secretary of State Cardinal Pietro Parolin and Cardinal Oscar Rodriguez Maradiaga, coordinator of the Council of Cardinals who advise Pope Francis on the reform of the Roman Curia. Both are accused of having covered up and favoured the rise of Peña Parra and - in Rodriguez Maradiaga’s case - of being directly complicit in wrongdoings.

Here we come to Vigano’s main point: “Those who think that this removal [of Cardinal Becciu] will serve to counter the corruption of the Roman Curia will be disturbed to learn that the person who replaced him in his position as Substitute, Edgar Peña Parra, who ought to work to heal the disastrous mismanagement and intrigues of Becciu and others, in fact, is just as much if not even more subject to blackmail than his predecessor. The possibility of being open to blackmail is the indispensable requirement to be manipulated by the one who, while presenting himself as a reformer of the Curia and the punisher of a vaguely defined clericalism, is in fact surrounded by corrupt and immoral people, promoting them and covering up investigations that concern them.”

In other words, there is no real clean-up of corruption going on inside the Vatican Curia, but merely an internal struggle between certain factions and the reshuffling of leaders who are equally compromised and “open to blackmail.”

In fact, eyebrows are raised considering that the ethical reasons for Becciu’s removal and the articulation of the pope's anti-corruption reform measures, was delegated by the Holy See to Cardinal Rodriguez Maradiaga, with interviews to the Italian newspapers La Repubblica and La Stampa. And while, it is Rodriguez Maradiaga himself who is the most talked about figure in Francis’s close inner circle because of allegations of corruption and sexual abuse cover-up in his own archdiocese.

However, without doubt the case we find most perplexing is that of the Secretary of State, Cardinal Pietro Parolin. If Archbishop Viganò's letter pins him with being responsible for the extraordinary career of a controversial figure like Peña Parra, we cannot forget his role in other recent events: the renewed agreement with China and the Vatican missive sent to the papal nunciatures explaining Francis’s statements on gay civil unions. As far as China-Vatican accord is concerned, it is enough for us to recall the words of the Bishop Emeritus of Hong Kong, Cardinal Joseph Zen, who revealed to the world Cardinal Parolin's lies about the Chinese situation in order to justify the Church’s agreement with Beijing. And as far as gay civil unions are concerned, we have already commented how it is an attempt to paper over the cracks; but above all it challenges the lie that any approval of legal recognition of homosexual civil unions would not affect the Church’s magisterium.

Among simple Catholic faithful, the systematic use of lies and deception to justify "political" and “personal” choices cannot but create scandal. In all these situations, we go far beyond the comprehensible limits of language and diplomatic action. Yet, one thing which is in itself embarrassing and becomes dramatic is when we consider that, at stake, are the very principles of faith (in the case of gay civil unions) and the meaning of witness and martyrdom (in the case of the Chinese Church).