Following the reform of the liturgical calendar in 1969, the Church commemorates together the three Archangels on the day that was previously dedicated only to Saint Michael (the feast of Saint Gabriel was 24 March and that of Saint Raphael was 24 October). 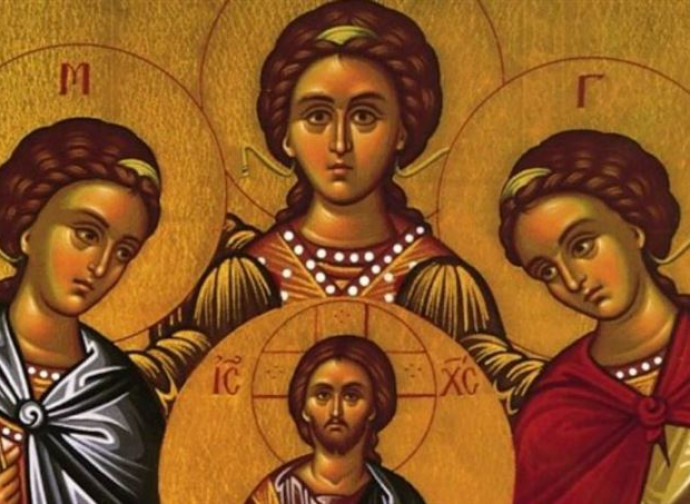 Following the reform of the liturgical calendar in 1969, the Church commemorates together the three Archangels on the day that was previously dedicated only to Saint Michael (the feast of Saint Gabriel was 24 March and that of Saint Raphael was 24 October).

Michael (from Mi-ka-El), which means “Who is like God?”, expressing in the name the omnipotence of the Creator together with the humility of the Archangel, as well described by St Gregory the Great: “When something must be done that requires great courage and strength, it is said that Michael is sent, so that it may be understood, by action and name, that no one can act like God”. The Book of Daniel calls him “the great prince” who watches over the children of God's people. And Revelations makes it clear why the Church worships him as prince of the heavenly militia, adversary of Satan and the other rebellious angels: “Now war arose in heaven, Michael and his angels fighting against the dragon. And the dragon and his angels fought back, but he was defeated, and there was no longer any place for them in heaven”. (Rev 12:7-8). After the famous vision he had around 1884, Leo XIII composed a prayer to St Michael which was recited at the end of every unsung Mass until 1964. When the Inter Oecumenici Instruction made it fall into disuse at the liturgical level, although in the 21st century it was rediscovered thanks also to the rise of groups of faithful who loved Mass celebrated with the ancient rite.

Gabriel (from Gavri'El), “Fortress of God” or “strength of God”, is chosen by the Almighty for the central message in salvation history: to announce the birth of Jesus to the Virgin Mary, whom he honours by calling her “full of grace”, in perfect accordance with the divine will. As the evangelist Luke reports, Gabriel had announced the birth of John the Baptist six months earlier, appearing in the temple at Zechariah. His figure testifies well how the Old and New Testaments enlighten each other: he himself (cf. Dn 9:21-27) explains to Daniel the prophecy of the “seventy weeks” (490 years according to the exegesis) that would pass before “sealing sins, atoning for iniquity, establishing eternal justice, sealing vision and prophecy and anointing the Saint of Saints”, a prefiguration of the first coming of Christ and his Redemption. The Church has elected him patron saint of communications workers.

Raphael (from Rafa'El), “Medicine of God”, appears in the Book of Tobias, where he initially reveals himself in human form with the name of Azarias: it is he who accompanies Tobias on his journey to collect an old credit for his father, a man who was generous in giving alms and lost his sight. Along the way Raphael helps Tobias to marry Sara, urges him to pray with her and frees the marriage from the attacks of the devil, which until then had tormented the young woman by making her seven previous husbands die on their wedding nights. On his return home, Tobias’ father is cured of his blindness through Raphael’s intercession. Before ascending to heaven, he reveals himself as Raphael, “one of the seven angels who are always ready to enter into the presence of the Lord's glory”. With a similar verse Revelations presents the angels to whom the seven trumpets are given at the opening of the seventh seal. Raphael is the patron saint of the sick, betrothed, newlyweds and travellers.