Patron and initiator of the renaissance of Salzburg, founder of churches and monasteries, Saint Rupert (c. 660-718) carried out an important part of his apostolate in the lands inhabited by the ancestors of Austrians and Bavarians. 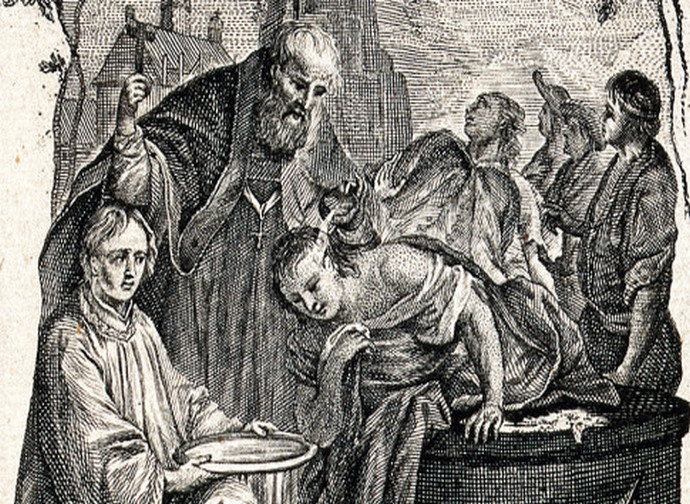 Patron and initiator of the renaissance of Salzburg, founder of churches and monasteries, Saint Rupert (c. 660-718) carried out an important part of his apostolate in the lands inhabited by the ancestors of Austrians and Bavarians. Descended from a family of noble Franks of high rank, Rupert grew up with great faith and piety, spending his days praising God, on prayer vigils, fasting, and helping the needy. He became bishop of Worms, but the area was still surrounded by a massive presence of pagans, who forced him into exile causing him physical and spiritual suffering. Later, Theodo II of Bavaria, who had established his seat in Regensburg and had heard of Rupert’s holiness, took him under his protection and asked him to help spread the Gospel among the Bavarian tribes.

The saint gladly accepted the sovereign's offer and in a relatively short time managed to convert to Christianity many people living in ancient Bavaria as far as the border with Pannonia. He would have liked to continue his mission in this latter region, at the time dominated by the Avars, but the frequent war tensions convinced him to abandon the idea and change direction. Walking along the roads built by the Romans, he arrived at a city in ruins, Juvavum, which he established as the base for his evangelisation activities and called it by a new name: Salzburg, “salt village”, a name inspired by the rich salt mines of that territory. He founded the famous Saint Peter's Abbey, the oldest monastery in the German-speaking area that could boast a continuous history over the centuries, which became the nucleus around which the new Salzburg was built.

Rupert became the bishop of the city; he also worked as an abbot and in 714 he founded another famous monastery, this one for nuns, the Abbey of Nonnberg, whose first abbess was his niece Saint Ehrentraud  (c. † 718). He died on Easter Sunday after celebrating Mass, deeply affecting his disciples and all the faithful, who can still venerate his relics in Salzburg Cathedral, which is dedicated to Rupert himself and to his successor Saint Virgil. He is often depicted in sacred vestments and with a vessel of salt in his hand, in memory of his role in Salzburg's history.