“The fate of the chosen souls is to suffer”, said Saint Pio of Pietrelcina (1887-1968), born Francesco Forgione, and raised in a devout family that recited the Rosary together every evening... 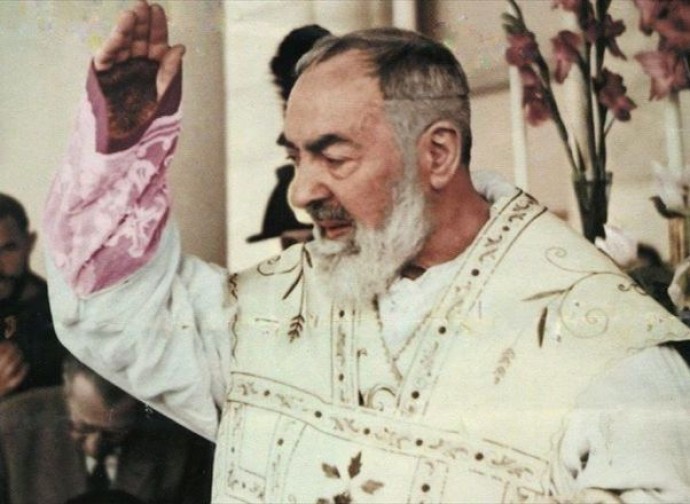 “The fate of the chosen souls is to suffer”, said Saint Pio of Pietrelcina (1887-1968), born Francesco Forgione, and raised in a devout family that recited the Rosary together every evening. Padre Pio's suffering was not only of a physical nature, it was also caused by the misgivings and sometimes hostility of some clerics, who questioned his supernatural gifts. In 1931 he was even banned from exercising any ministry, with the exception of Mass, which he could only celebrate in an internal chapel and without any of the faithful. He was reintegrated two years later. At Mass, all his participation in Our Lord's Calvary was manifested and the faithful queued up to attend. His teaching on the Eucharistic Sacrifice is famous: “It would be easier for the Earth to survive without the Sun, than without Holy Mass”.

The Passion of Christ was so much at the centre of his meditations that one day his spiritual director wrote that “for the continuous weeping, his eyes fell ill”. The first external signs of the stigmata arrived early on, and in 1918 the stigmata became permanent (until his death), preceded by transverberation. Humble as he was, he did not consider himself worthy of this. The supernatural also manifested itself with frequent episodes of hyperthermia (various doctors measured temperatures between 43° and 52°), the gift of bilocation, the reading of hearts. Many witnesses told that Padre Pio knew in advance the sins that were confessed to him. He spent most of the day in the confessional and with the penitents he could show gentleness or rigour, but his aim was always the same: the salvation of souls.

In addition to the part of the clergy who opposed him, there were many men of the Church who admired him and knew him well. One of these was the Archbishop of Manfredonia, Andrea Cesarano, who reassured his friend John XXIII about him in a conversation: “Praised be God!”, the Pope finally exclaimed, happy to know of the authentic holiness of Padre Pio, about whom he had heard slanders. After all, already at the age of 15, the saint of Pietrelcina had already had a vision in which he had been foretold of his continuous struggle with Satan. When he was asked if there was a shortcut to Paradise, he answered with certainty: “Yes, it is Our Lady”.