“You wouldn’t want them to say that Philip is a saint, would you?” Saint Philip Neri (1515-1595) once replied to those who encouraged him to be a little more serious. Thanks to the mix of his proverbial humour and his charity, he won many souls over to God. 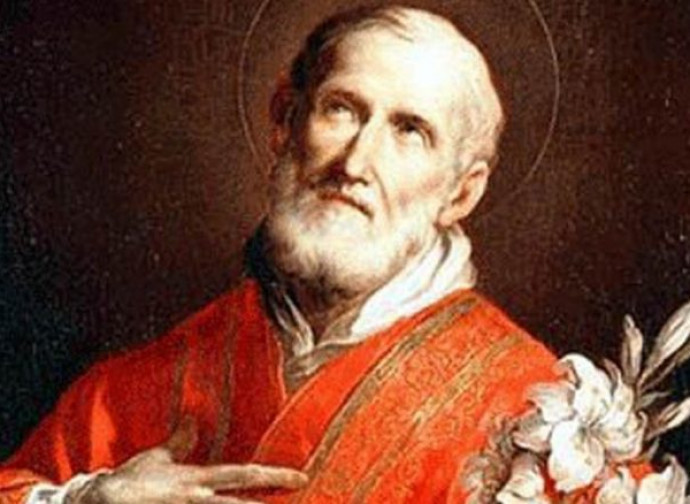 “You wouldn’t want them to say that Philip is a saint, would you?” Saint Philip Neri (1515-1595) once replied to those who encouraged him to be a little more serious. Thanks to the mix of his proverbial humour and his charity, he won many souls over to God.

The second of four children, he was a Florentine by birth, as he was keen to point out. He lost his mother when he was just five years old. He grew up with a great passion for reading, especially for the Laude of Blessed Jacopone da Todi, which he would later have set to music.

He arrived in Rome in 1534 as a pilgrim, but remained there as tutor of the two sons of the Florentine Galeotto Caccia, who later both chose the religious life. In this early Roman period Philip lived as a simple layman, with fasting and prayers. He already had a great inclination towards the apostolate, as he demonstrated by taking care of the sick at the Hospital of San Giacomo. He was very devoted to Our Lady and was moved by the love of the martyrs for Christ. For this reason he loved to be in contemplation in the catacombs. It was there that one of the greatest mystical experiences of his life took place. On the day of Pentecost 1544, while he was gathered in prayer in the Catacombs of St. Sebastian, an extraordinary outpouring of the Holy Spirit caused his heart and ribs to dilate. This fact was confirmed by post-mortem medical analysis, as well as by the many people who testified that they felt an unusual heat when touching his chest.

At that time he decided to leave the Caccia home and live like a hermit in the city. He slept in makeshift shelters and walked around dressed in a hooded cassock. Young people often made fun of him. He would play along, gaining their friendship with a few jokes and then he would begin catechesis: “Brothers, be cheerful, laugh all you want, joke all you want, but do not sin!”. On the advice of his confessor, Fr. Persiano Rosa, he founded the Confraternity of the Most Holy Trinity to help pilgrims and those in need. He considered himself unworthy to become a priest, but in the end, at the age of 35, at Fr. Persiano’s insistence, he received ordination. The faithful began queuing up to confess with him, and the saint, who was burning with the desire to save souls, was in the confessional from dawn to noon. At that time he celebrated Mass, and it was not uncommon for him to go into ecstasy, one of his greatest mystical gifts along with bilocations.

His meeting with the penitents, who often visited him even late in the evening in his room at S. Girolamo of the Confraternity of Charity, gave Philip the impetus to found the Congregation of the Oratory in 1551. With the help of other priests, the saint managed to involve people from all walks of life, especially children, in prayer and reading the Bible. He transmitted to them, with his joy and creativity, a solid Christian education. “A thief intent on filching the best”, Saint Charles Borromeo called him. He had tried in every way to bring his friend to Milan so that he could establish an oratory there too. But the saint, who was called “Apostle of Rome”, was now Roman by adoption. And it was in the Roman dialect that he pronounced his famous witticisms, always containing a teaching.

It was he who revived the Tour of the Seven Churches, counteracting the licentiousness of the Carnival celebrations. The pilgrimage to seven of the oldest Roman basilicas - which involved reciting the seven penitential psalms to invoke the forgiveness for the seven deadly sins and to ask for the seven gifts of the Holy Spirit - soon became very popular. And extremely popular became the answer (reported in his canonization process) that Philip gave in the last phase of his earthly life to Clement VIII. This Pope wanted to make him cardinal to thank him for his advice in the work of reconciliation with the King of France. Saint Philip declined the offer, raised his eyes to heaven and manifested his only aspiration: “Paradise, Paradise”.