The great precursor of the liturgical cult of the Sacred Hearts, Saint John Eudes (1601-1680), was one of the protagonists of the Catholic Restoration during the 17th century in France, a century in which the nation experienced an exceptional flowering of holiness. 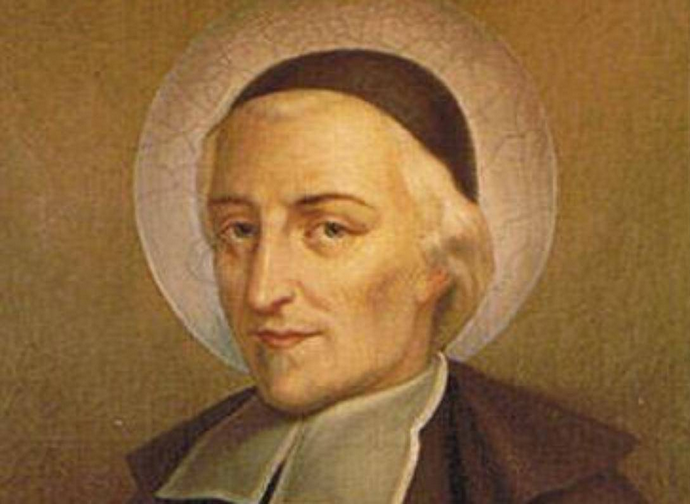 The great precursor of the liturgical cult of the Sacred Hearts, Saint John Eudes (1601-1680), was one of the protagonists of the Catholic Restoration during the 17th century in France, a century in which the nation experienced an exceptional flowering of holiness. It was not a simple period because - after the religious wars of the previous century, caused by the spread of Protestantism - other upheavals took place. Among them was the Thirty Years' War (1618-1648), which not only devastated much of central Europe but “also devastated souls”, as Benedict XVI recalled in a catechesis on the saint celebrated today.

After his studies with the Jesuits, in 1623 John joined an institute that aimed to train the clergy, the Oratory of Jesus and Mary Immaculate. The Oratory was founded by the future Cardinal Pierre de Bérulle (1575-1629), friend of St Francis de Sales and teacher of St Vincent de Paul, which gives an idea of the spiritual ferment from which the Church benefited in those years. He was ordained priest two years later. He dedicated himself to the popular missions from parish to parish and showed his virtues as a preacher, inspiring numerous conversions. While he worked hard to cure the plague-ridden (“even the plague is afraid of this skin”, he replied when he was warned to be careful of contagion). He did contract the disease, but recovered in a short time. His apostolic zeal led him in 1641 to found what became the Order of Our Lady of Charity, aimed at the social and spiritual recovery of prostitutes eager to change their lives. Several of them had gathered around him during his preaching in Normandy, Brittany and Burgundy.

Two years later with some companions he founded the Congregation of Jesus and Mary (whose members were called Eudists in his honour), with the specific aim of opening and directing seminaries on the basis of the provisions of the Council of Trent, which were still little applied in France. The congregation was born with the opening of a seminary in Caen on 25 March 1643, gradually extending its work to other cities and dioceses. In fact, John had well understood that the spiritual deficiencies of the people were largely due to the poor training of priests and their moral relaxation. In order to enkindle souls with the love of God, he became a tireless promulgator of the cult of the Sacred Hearts of Jesus and Mary, to whom he dedicated many of his writings emphasizing their mystical unity. “You must never separate what God has so perfectly united. Jesus and Mary are so intimately connected with each other that whoever sees Jesus looks at Mary; whoever loves Jesus, loves Mary; whoever has devotion for Jesus, has devotion for Mary”.

He was the first to compose an office and a Mass in honour of the Immaculate Heart of Mary and the Sacred Heart of Jesus, celebrating the feasts within his congregation. At that time, the Jansenist heresy distanced people from Confession and the Eucharist, presenting a grim god who was not inclined to forgive the penitent. John instead exhorted souls to turn with confidence to the infinite mercy of God, perpetually revealed to souls through the love of his Son, made man, and of his most holy Mother, mediatrix of all grace. Because of his doctrine on the Sacred Hearts - expressed in works such as The Life and Kingdom of Jesus and Devotion to the Most Sacred Heart of the Blessed Virgin Mary - the Eudists, with the support of various Episcopal conferences, asked for him to be proclaimed a Doctor of the Church.

To stand before the Son of Man