Similarly to what had already happened in Milan to his contemporary and admirer Saint Ambrose, Saint Gaudentius of Brescia (†410) also accepted the office of bishop, overcoming his great initial reluctance. 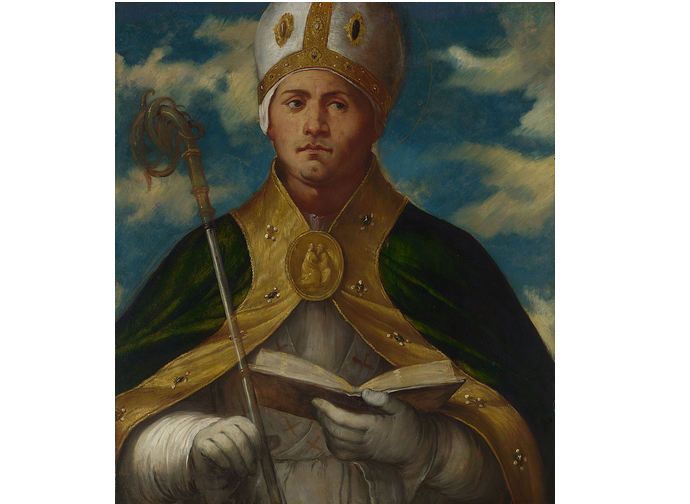 Similarly to what had already happened in Milan to his contemporary and admirer Saint Ambrose, Saint Gaudentius of Brescia (†410) also accepted the office of bishop, overcoming his great initial reluctance. He was convinced by the clergy and the obstinacy of the people, who even went so far as to swear that they would accept no other bishop but him. Evidently the humble Gaudentius already enjoyed the reputation of a holy man. On his return from his pilgrimage to the Holy Land, where he had gone in the meantime, he thus succeeded Saint Philastrius (†387) at the head of the Church of Brescia. He was consecrated by Ambrose himself, who later invited him to Milan to give a series of homilies.

From the Holy Land he had returned with relics of St John the Baptist and other martyrs, which he then kept in a basilica he had founded and which he called Concilium Sanctorum in honour of the saints. He had understood the apostolic nature of the Church and sought to transmit his own love to the faithful. “Let us keep alive, brethren, the memories of the Holy Apostles; let us keep them alive with our faith, with our action, with our conduct, with our words”, he said in one of his sermons, which perhaps would never have been transcribed without the request of a nobleman from Brescia, called Benivolus, who had been prevented by illness from attending Easter services and had therefore begged the saint to let him have his sermons. Gaudentius complied with his request, writing a preface in which he underlined the value of suffering in the divine plan for redemption.

His clear and simple doctrine spread throughout the Christian world, so much so that he received several exhortations to write. “You have such a lively intellect and such a kindness of spirit, that it is necessary to write down everything you are saying in normal conversation and preaching in church,” wrote the theologian and historian Rufino of Aquileia. Pope Innocent wanted him in the delegation he sent to Constantinople to defend the cause of St John Chrysostom, forced into exile by Patriarch Theophilus of Alexandria and Eudoxia, wife of the Emperor Arcadius. Gaudentius and his companions were mistreated and imprisoned without even being admitted to the city. They managed to return home safely only a few weeks later, receiving words of comfort and gratitude from Chrysostom.

The sermons, by Saint Gaudentius