Esteemed by two holy pontiffs (Victor I and Zephyrinus), opposed by an antipope (Hippolytus) who held two “records” in the history of the Church. The life of St Callistus I (†222), in his turn pope and then martyr, was certainly unusual.... 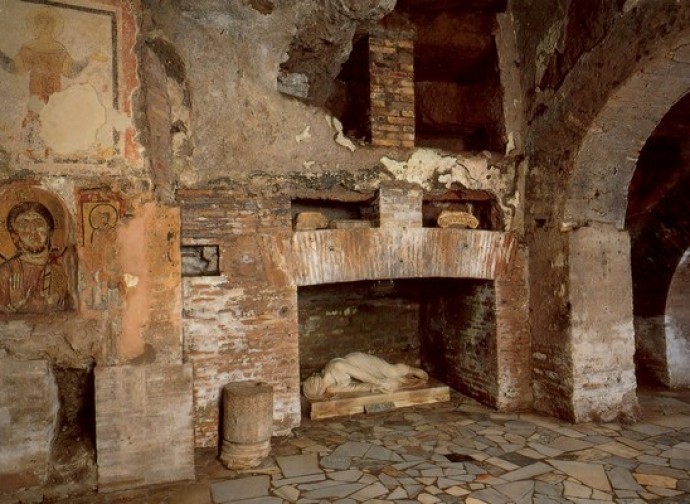 Esteemed by two holy pontiffs (Victor I and Zephyrinus), opposed by an antipope (Hippolytus) who held two “records” in the history of the Church. The life of St Callistus I (†222), in his turn pope and then martyr, was certainly unusual. Various biographical information comes from one of his main adversaries, Hippolytus (c. 170-235), author of the book Philosophumena, from which emerges a portrait that is anything but flattering. It is certain that after some vicissitudes the saint became deacon and personal adviser to Saint Zephyrinus, who also entrusted him with the direction of the cemetery on the Via Appia, today known as the Catacombs of Saint Callistus.

He was elected to the Petrine throne after the death in 217 of Zephyrinus, who had already been opposed by Hippolytus. The problem was that at the time various heresies circulated, including the Monarchianism that denied the Trinity and with it the divine nature of Christ. Zephyrinus and Callistus were against Monarchianism. Yet Hippolytus (who fought the heretics, but elaborated an imperfect Christology) irritated the former by calling him weak and falsely accused the latter of heresy. Because of such contrasts, he rejected Callistus' election and had himself elected by a small group of followers, thus becoming the first antipope in history. But Hippolytus holds a second record: he is the only antipope to have been proclaimed saint, because during the persecutions of Maximinus the Thracian he was exiled and condemned to forced labour in Sardinia, where he was fully reconciled with the then legitimate Pontiff, St Pontian (†235), also in exile, and suffered martyrdom together with him.

Before his change of heart, St Hippolytus had also challenged St Callistus on the edict with which the Pope had guaranteed communion - after appropriate penance - to fornicators and adulterers. Tradition attributes to Callistus the foundation of the Basilica of Santa Maria in Trastevere, which was later largely destroyed during subsequent persecutions and rebuilt in the 4th century by Saint Julius I. We also have a version of his life curated by St John Bosco, who wrote: “Four things made the pontificate of St Callistus particularly glorious: the Basilica of Santa Maria in Trastevere; the days of fasting known as the ‘Four Tempora’ [‘Ember Days’ in English]; the cemetery of St Callistus at the Porta Appia, present-day Porta San Sebastiano; and his luminous martyrdom”.