Fides quaerens intellectum, “the faith that seeks the intellect”, was the guiding principle of Saint Anselm of Aosta or Canterbury (1033-1109). Called Doctor Magnificus, he devised a famous argument on the existence of God, which has engaged generations of philosophers and theologians. 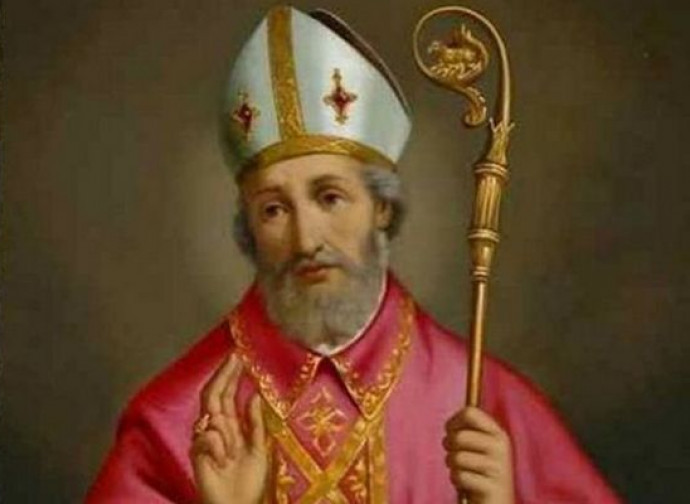 Fides quaerens intellectum, “the faith that seeks the intellect”, was the guiding principle of Saint Anselm of Aosta or Canterbury (1033-1109). Called Doctor Magnificus, he devised a famous argument on the existence of God, which has engaged generations of philosophers and theologians. Anselm, considered by some to be the founder of Scholasticism and the link between Saint Augustine and Saint Thomas Aquinas, distinguished himself for his ability to combine logical rigour with a continuous straining towards God. His theology certainly reached exceptional heights through study, but above all it was based on prayer, humility and the priority of faith. “I do not attempt, Lord, to penetrate Your depth, for I cannot even from afar compare my intellect with it; but I wish to understand, at least to a certain point, Your truth, which my heart believes and loves. For I do not try to understand to believe, but I believe to understand”.

Anselm was born in Aosta to a noble family. His father was from Lombardy, devoted to worldly things, while his mother was from Piedmont, with a strong religious spirit. As a child, as his friend and biographer Eadmer wrote, he imagined that God lived on the peak of the Alps: one night he dreamt of being invited to His splendid palace, where he had a pleasant conversation with Him and in the end was offered “snow-white bread”. At the age of 15 he asked to join the Benedictines, but his father opposed it because he wanted to make him heir to his property. His ardour for God slowly cooled and the young man ended up being overcome by earthly passions and material interests. He lost his mother and seeing that his relationship with his father was not improving, at the age of 23 he left his homeland and began to travel around France. After various experiences he went to the Benedictine Abbey of Bec to meet its famous prior, the theologian Lanfranc of Pavia. It was a pivotal meeting.

Both the passion for study and the religious vocation awakened in him. He took the monastic habit in 1060 and became Lanfranc's favourite pupil. Just three years later, when the master was elected abbot in another monastery, Anselm became the prior and director of the cloister school of Bec. He wrote his first important text, the Monologion during his period as prior. In it he elaborated an a posteriori demonstration of the existence of God, starting from the different degrees of perfection of things in the world. Soon after this came his most famous work, the Proslogion, containing the “ontological argument” (as Kant called it) with which Anselm aimed to give another demonstration, this time a priori, of the existence of God: “O Lord, you are not only that of which nothing greater can be conceived,  but you are greater than anything one can conceive. [...] if you were not such, one could conceive of something greater than you, but this is impossible”.

He was demanding in the observance of the rule, but the monks loved him for his affable ways, and in 1078, at the death of the abbot of Bec, they insisted that he should take over the leadership. Though busy with many occupations, the saint never neglected spiritual meditation, to the point of staying awake for part of the night. His entire religious life, including his intellectual activity, was oriented toward “raising the mind to the contemplation of God”. As John Paul II wrote in his Fides et Ratio: “Saint Anselm stresses the fact that the intellect must seek what it loves: the more it loves, the more it desires to know. He who lives for the truth is reaching towards a form of knowledge that is increasingly inflamed with love for what he knows”, where such love and such truth clearly meet in God. In this ascent of his soul, Anselm was helped by tender devotion to Our Lady: “Mary, my heart desires to love you, my tongue desires ardently to praise you”.

In 1093, when his fame was now widespread throughout Europe, he was elected Archbishop of Canterbury. It was at the time of the Investiture Controversy and Anselm, as a firm defender of the freedom of the Church, clashed first with King William Rufus (the Red) and then with Henry I: he twice preferred exile rather than to yield to the interference of sovereigns. After long negotiations, in 1107 he was able to return to Canterbury for good. In his remaining two years on earth he continued the work of moral reform of the clergy. Now unable to walk, he was transported every day to church for Mass. He died on April 21, 1109, Holy Wednesday, when the Gospel of the day recalled his childhood dream: “You are those who have stood by me in my trials. And I confer on you a kingdom, just as my Father conferred one on me, so that you may eat and drink at my table in my kingdom […]” (Lk 22, 28-30).