Nativity of the Lord

“Do not be afraid; for behold, I proclaim to you good news of great joy that will be for all the people. For today in the city of David a savior has been born for you, who is Messiah and Lord. And this will be a sign for you: you will find an infant wrapped in swaddling clothes and lying in a manger”. Thus the angel announced to the shepherds the birth of the divine Child who took us away from the slavery of darkness to illuminate us with His light, becoming flesh in the fullness of time. 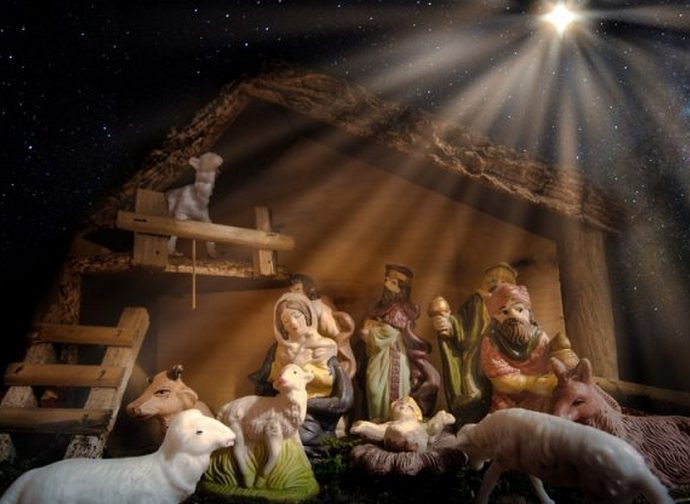 “Do not be afraid; for behold, I proclaim to you good news of great joy that will be for all the people. For today in the city of David a savior has been born for you, who is Messiah and Lord. And this will be a sign for you: you will find an infant wrapped in swaddling clothes and lying in a manger”. Thus the angel announced to the shepherds the birth of the divine Child who took us away from the slavery of darkness to illuminate us with His light, becoming flesh in the fullness of time, when Augustus reigned over the Roman Empire and Quirinius was governor of Syria (Lk 2: 1-2). We shall dedicate this space to remembering one detail of the immense history of salvation, namely that the today of the angels' news to the shepherds, that is, the today of the birth of Jesus, was precisely December 25th.

Historical sources, as well as Scripture cross-referenced with 20th-century archaeological finds confirm the reason why the early Church fixed the solemnity of the birth of Jesus on December 25th, a date which, consequently, is not a convention at all. In fact, it is not true that the date was chosen to supplant the pagan cult of Sol Invictus. On the contrary, there may have been an attempt by non-Christian emperors to re-vitalise paganism, since the earliest record of a "sun god" celebration on December 25th is found in the Calendar of 354. This is a collection of texts that also includes the Depositio Martyrum, dating back to 336, according to which a special feast was already celebrated on December 25th: natus Christus in Betleem Iudeae, the birth of Jesus in Bethlehem.

Thus, the celebration of the Nativity on December 25th is documented as earlier than that of Sol Invictus (which used to fall on different days) on the same date. In addition to the Depositio Martyrum, there are even older sources showing how the birth of Jesus on December 25th had been a known fact long before; moreover, common sense suggests that this is quite obvious: Mary and Joseph saw the child being born. Although the date itself does not change anything as to the Christian faith, which is based on the Resurrection of Christ, we should not underestimate the attempts to deny the historicity of December 25th as the authentic Christmas date, typically promoted by a scepticism hostile to the Church. Therefore, some facts should be mentioned.

In 1947 a young shepherd found a half-buried jar in a cave near Qumran, on the northwestern shore of the Dead Sea. This discovery prompted a series of archaeological excavations that continued until 1956, conducted by scholars worldwide, who found about 900 scrolls preserved in 11 caves and dating back to a period between the 2nd century BC and the 1st century AD, at a time (before the first great Diaspora) when the Essenes had retired to live in that desert place, dedicating themselves to copying the sacred texts and other documents from their Jewish ancestors. Among these manuscripts is the Book of Jubilees, written in the second century BC, which allowed a reconstruction of the dates on which the 24 Israelite priestly classes alternated in temple service, with regular cycles, from Saturday to Saturday. In particular, the priestly class of Abijah, to which Zecharias, father of John the Baptist, belonged, officiated in the temple twice a year, and one of those times was from 23rd to 30th September.

Why is this information so interesting? Because by cross-referencing it with Luke's Gospel it takes us back to the day of birth of the Baptist and, consequently, of Jesus, born six months later. In fact, the evangelist Luke reports that Zacharias, Elizabeth's husband, belonged to the priestly class of Abijah – the eighth, as from the First Book of Chronicles (1 Chr. 24) and received from the Archangel Gabriel the announcement of the birth of his son while serving "the turn of his section" in the temple. An apparently negligible detail until the 20th-century archaeological findings. In fact, if Zechariah entered the temple on September 23rd or thereabouts (the Eastern Christians' feast day, since the 1st century, commemorating the announcement of the birth of the Precursor) it is entirely plausible that the Baptist was born on June 24th, nine months later, also according to the liturgical celebration set by the early Church.

Luke also informs us that the announcement to Mary of the virginal conception of Jesus took place "in the sixth month" since the Baptist's conception: a piece of information that the evangelist repeats twice (Lk 1: 26 and 36). Besides, Luke adds that "Mary set out at that time" to visit Elizabeth: the Archangel Gabriel had in fact communicated her cousin's miraculous conception, despite her old age and alleged infertility. According to Luke, "Mary stayed with her about three months", which is like the final seal on the chronological framework. To sum up: Annunciation to Mary on March 25th, the day of the eponymous celebration of the Church; birth of the Baptist three months later, that is, on June 24th; birth of Jesus on December 25th.

When did the Church first celebrate Christmas on December 25th? Scholar Michele Loconsole, essayist and Doctor of Sacred Ecumenical Theology, writes: "The primitive Church, especially in the East, had fixed the date of the birth of Jesus on December 25th from the first few years after his death. This information was derived from the study of the original Judeo-Christian tradition, which contemporary historians have found extremely reliable; it originated in Jesus' family circle, that is, the early Church of Jerusalem and Palestine". Clearly, the Christmas solemnity was not adopted by all at once – not least because of the persecutions affecting the early Church in its first three centuries – but spread from one area to another until its definitive establishment throughout the Christian world; of the birth of Jesus on December 25th there exists a written certification in the Roman Church that is as early as about the year 203, in the Commentary to the Book of Daniel by Saint Hippolytus of Rome.

Nor does the objection hold up on the shepherds who, according to some sceptics, on December 25th could not watch in winter "at night guarding their flock" (Lk 2: 8): this objection ignores the importance of the Jewish rules on purity, documented by ancient treatises in which three types of flock are distinguished. Again, Loconsole explains: "The first, [is] made up of white wool sheep only: considered pure, they can return, after pasturing, to their sheepfold in town. A second group, however, is composed of sheep whose wool is partly white, partly black: in the evening these sheep can enter the sheepfold, but this has to be outside town. Finally, a third group consists of sheep whose wool is black: these animals, considered impure, cannot enter either town or the sheepfold, even after sunset, therefore they are forced to remain outdoors with their shepherds day and night, winter and summer".

After the birth of the Saviour, announced by the prophets, Divine Providence liked to disseminate signs of light in the history of man to guide him on the right path to his true Good. With hearts full of amazement and gratitude, like the shepherds, let us go and worship God who became a child in our midst.