"Baby A": first declared dead, then alive, for judge should die

The case in the United Kingdom of a baby who came back to life after being declared dead has led to the revision of the guidelines on the declaration of "brain death". Yet, it may not serve to save lives, because judges can still apply the principle of "best interests". As in the case of "Baby A": he breathes and moves but his life support will be withdrawn, because the real criterion is eugenics. 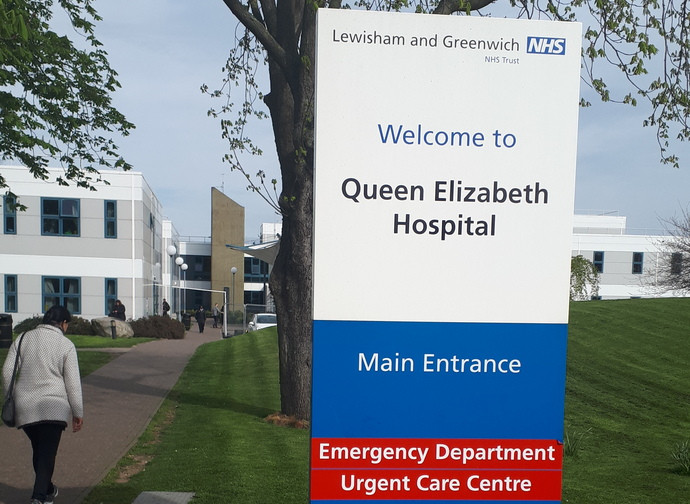 The controversial test, in the UK used to determine brain stem death, is under urgent review. The news announced on August 26, refers to new rigorous guidelines being written for hospitals to use by 2023. The historic decision came after a High Court judge was told a four-month old baby, declared dead using the test, had subsequently been found alive in its hospital cot nearly two weeks later. The test which allows doctors to diagnose a patient legally and clinically dead in the UK and in many European countries, is used as a prerequisite to organ donation.

‘Baby A’, who cannot be named for legal reasons, was born a normal healthy baby. At eight weeks, his father called an ambulance when he found his son was unresponsive. During the journey to the Queen Elizabeth Hospital (QEH), Baby A sustained a cardiac arrest and was left without circulatory function for almost 30 minutes. Over the next few days doctors conducted numerous medical tests. On June 17, two doctors conducted the first controversial brain stem test. A second test, as set out in the Code of Practice, was conducted by a team of doctors on June 19. Both tests resulted in an unequivocal diagnosis of brain death. In consequence, the doctors decided the baby’s life support should be withdrawn on the basis ventilating a dead body was futile.

Despite the tragic diagnosis, the baby’s parents, insisted his life support should continue and requested a second opinion. The hospital arranged for two doctors from Kings College Hospital to perform further tests on Baby A on June 22. Their results also confirmed the baby was brain dead. Over the following days, despite numerous attempts by the doctors to persuade the parents treatment was futile, they continued to insist life support should continue. Guy’s and St. Thomas’ NHS Foundation Trust responsible for the QEH began court proceedings to obtain legal permission to proceed against the parent’s wishes on the basis the baby boy was clinically dead.

But, in the first hearing on July 13, Mr Justice Hayden was told Baby A had subsequently been seen by a nurse on night duty on July 2, breathing and moving independently nearly two weeks after doctors had carried out brain stem tests and concluded he had died. In response to the judge’s questions on what had happened, a doctor involved in the boy’s care, told the High Court the situation was unprecedented, “I think it must be just beyond comprehension (for the parents),” she said. “That doctors looking after their baby can have made what appears to be such a horrible error.” Overcome with emotion, she apologised to the parents.

In a move that recalls the Archie Battersbee trial, the Trust rescinded 'the clinical ascertainment of death' of June 19 and asked the High Court judge to make a decision on the boy's best interests, rather than declare him dead. Doctors said the medical tests, even excluding brain stem death, proved the boy had suffered a 'devastating' brain injury and asked the judge to rule the infant should now follow a 'palliative care pathway’. After considering all the evidence on August 26, Mr Justice Hayden, predictably sided with the doctors against the parents and ordered Baby A’s life support to be removed in his best interests. The parents, devout Muslims, now face a legal battle to keep their son on life support with little hope other than a miracle to save his life.

The story of Baby A evokes the many traumatic high-profile cases of young patients controversially declared brain dead over the years and left to die against their parent’s wishes. Apart from the familiar tragic story of 12-year-old Archie Battersbee and his parents failed bid to overturn an order to end his treatment. There’s the clamorous story of 18-year-old Lewis Roberts, who was 'certified dead' after a brain stem test. His family was told to say their last goodbyes and decided to donate his organs to help seven other people, which gave him additional time on life support. However, just hours ahead of the operation last March 18, Mr Roberts opened his eyes and began breathing without the aid of a machine. He is presently recovering at home.

These cases certainly underscore the importance of the new guidelines in the pipeline which are expected to introduce a longer period of observation before doctors conduct brain stem tests; ensure standardised procedures are followed for the six diagnostic tests; enforce rigorous checks to guarantee loopholes are closed where patients are accidentally and horrifically killed for their organs or because their life support was switched off. It remains to be seen, however, exactly how many lives will be saved.

Nonetheless, the story of Baby A comprehensively documented in court, coupled with the numerous instances when people have failed the test only to wake up later, goes beyond the guidelines. It calls in to question the basis on which death is diagnosed in the UK. Baby A was subjected to continuous rigorous testing before being diagnosed brain stem dead, twice by two teams of doctors and again after external doctors conducted further medical tests. The hypothesis that doctors failed to follow the Code of Practice as prescribed is an excuse. In fact, the sought after error isn’t in practice but in substance: equating brain death with a diagnosis of death which was introduced in 1968 and permitted organ transplantation.

But, as we have seen in the case of Baby A in the UK, the principle of best interests is the trump card that almost certainly guarantees doctors a death sentence once they have decided to withdraw life support if other arguments flounder. The life and death powers of judges in the UK who invariably favour the hospital is proof. Baby A, Charlie Gard, Alfie Evans, Midrar Ali, RS (the list is too long to include everyone) condemned to death for a second time in their best interests because their lives were deemed worthless, highlights the shameful eugenics mentality prevalent in end of life decisions. Surely, it would be more honest to state the disabled are an unwelcome commodity in the UK. But that would cause an uproar. Better the left hand doesn’t know what the right hand is doing.

As one doctor stated in court on the case on August 26, it would be "problematic" if news of the test's unreliability "got out in the public domain".