Forced to donate organs, even when still alive

Britain has changed its organ transplant law. Now adults who do not explicitly refuse to donate their organs may become donors regardless. Italy has the same guideline. With tacit consent, there is a very high risk of handing over to the state living persons whose health is so compromised that it is preferable they be killed to save the lives of other healthier persons who, from a quality of life perspective, are deemed more worthy. 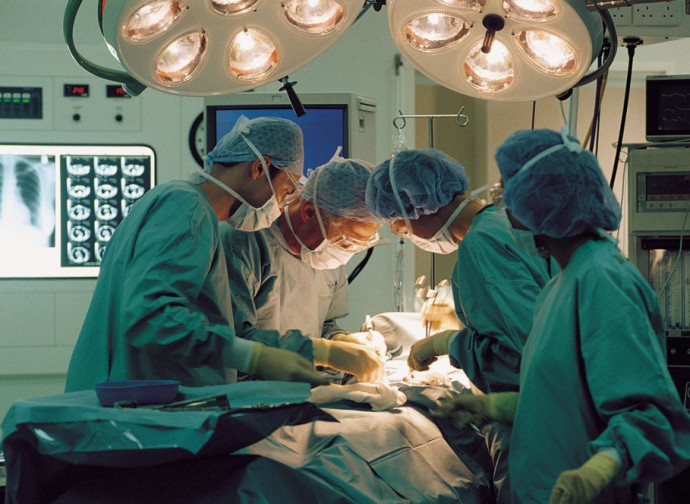 Tacit consent, this is the basis of a new British law passed on 20 May. Now adults who do not explicitly refuse to donate their organs will become donors anyway. Even their relatives will not be able to object. Thus, anyone who has not formally stated that they do not want to be an organ donor is potential warehouse for organ transplants.

This regulatory framework, espoused by the United Kingdom, Italy and many other countries, has at least two important critical issues. The first issue deals with consent through an act of omission. Tacit consent, indeed, is used well for administrative purposes, but it does not apply to very personal rights, such as the right to one’s own physical integrity and the related right to organ donation. Tacit consent is a convenient tool that allows for sluggish public administrations to measure the level of acceptance of private individuals to donate their organs (art. 20 of law 241/90). In short, it is a very practical way to deal with public administration delays, yet is inadequate when applied to the rights of the person.

Tacit consent, therefore, is a tool of efficiency for administrative contexts. Nonetheless, this very same tool is illegitimately employed when used to prey on people’s organs. In fact, when most personal rights are at stake - such as those pertaining to our bodies - we cannot simply assume consent based on the inaction of private citizens. Quite the contrary:  we still need their explicit and formal consent. We need their official approval to clearly affirm that their organ donation is made by way of a conscious and freely willed decision. The same standard applies to any other personal health issue. In fact, it is not clear why you need to sign a consent form in order to get a CAT scan, but you do not have to give written consent for having your organs harvested.  An act of omission is all that is needed to justify their forced removal. Our lives are replete with attached signatures: on deeds for purchase and sale of real estate and land, on insurance contracts, and even on utility service agreements for electricity, gas and telephone.

Here we are talking about personal assets. It is all the more true when applying the same rationale to priceless personal assets, such as our organs. In such cases, a real personal signature is needed to certify a your willingness to become an organ donor. This is so, without taking into account that most citizens will not register as non-donors. This is so not because they do not want to donate their own organs, but simply because they have forgotten, neglected to do so, or have only thought superficially about it. Obviously, the cunning and ultimately unfair path for forcing tacit consent was chosen, since it relied on the very laziness and indolence of average citizens (who are partly justified by the huge amount of bureaucracy associated with giving one’s consent). As consequence, more bodies than ever are now available for organ removal.

As already mentioned, there is a second stumbling block related to this new rule on organ transplantation. In order to proceed, a person must be declared officially brain dead. A couple of months ago I discussed why brain death criteria is uncertain for ascertaining whether a person was actually deceased. Here is a summary of my reflections of last March (for further details see Robert de Mattei’s  Finis vitae. La morte cerebrale è ancora vita? “Finis vitae. Is brain death still life?”): an organism is alive when its body is still an operationally integrated entity, that is to say, when it is still a functionally connected whole. Death is, therefore, the dis-integration of what was once a biologically integrated organism.

There is the thesis which claims the brain is the one vital organ on which all other organs and biological systems depend to function in an integrated way. The thesis, developed after the very first heart transplant, is very weak. From a clinical-observational standpoint, there is ample evidence to suggest, despite alleged brain death, a body’s operational integrity persists. In other words, in so-called cases of brain death, what we are observing is a living organism, yet a brain “turned off.” If so, a patient’s organs are not removed ex cadavere – from dead corpses –  which the Church does accept – but instead taken from a living person. In other, albeit crude terms: in these cases, people are killed in order to have their organs harvested.

As I have already had occasion to write, often an organism’s physiological operations continue even following a physician’s declaration of brain death. For example, gas exchange continues inside the lungs, even if with assisted breathing (but if we apply a ventilator to a corpse no gas exchange occurs). The body’s heartbeat is present. Thermoregulatory and immune systems are still working (and even respond to infections). Biological homeostasis is present as well as endocrine, digestive and excretory functions. The body’s general metabolism is preserved. If the patient is a child, his body continues to grow, Wounds still heal and autonomous responses to stress are observed (e.g. following a skin incision). We also observe the secretion of the antidiuretic hormones. This all occurs for days if not for weeks after a pronouncement of brain death. There have been even cases in which pregnant women, after being declared brain dead, had given birth. A corpse, in no way, can give birth to a child.

Furthermore, in some cases when there are doubts about the presence of a patient’s brain activity, sometimes medical equipment is not adequate for its proper detection. Secondly, a “turned off” brain is not necessarily a “dead” brain. Strictly speaking, its cells, although inactive, are not in a state of necrosis. Thirdly, often it is very imprudent scientifically to say brain activity can no longer be recovered. What’s more, some protocols allow doctors to immobilize donors or subject them to anesthesia. Why does a corpse need not be immobilized? Why should it feel pain?

In essence, with tacit consent there is a very high risk of handing over to the state living persons whose state of health is so compromised that it is preferable they be killed to save the lives of other healthier persons, who from a quality of life perspective, are deemed more worthy.