RS has died of hunger and thirst in an English hospital

After 12 days of agony, RS, the Polish citizen held hostage in a hospital in Plymouth, England, where he had been in a vegetative state for two months, has died. Even the Polish government’s intervention, which six days ago granted him diplomatic status in order to repatriate him to Poland, was unsuccessful. The UK government relentlessly refused to reconsider the latest nutrition and hydration suspension, which began on January 14. Kiska (Christian Legal Center): «The practice of dehydrating and starving is an inhuman, degrading and terrible process».
- DOSSIER: RS CASE 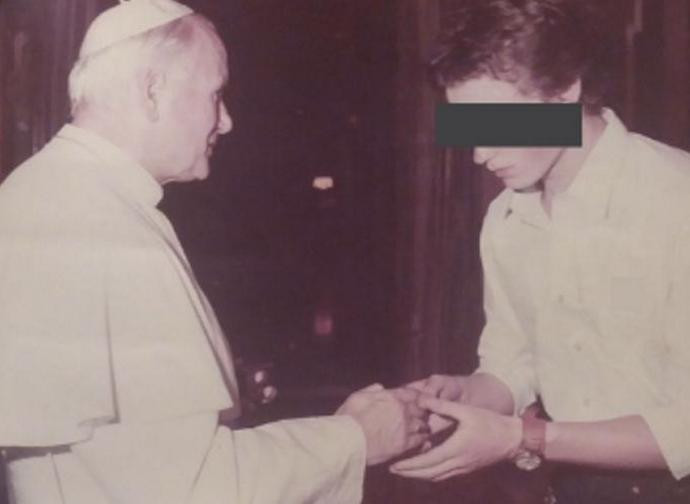 RS, the Polish citizen at the centre of a high profile U.K. right-to-life battle died from starvation after his assisted hydration and nutrition was withdrawn on January 14. The Plymouth hospital where he had been hospitalised for the last three months, had already tried and failed to end his life three times before. A series of legal challenges against the court ruling to lawfully cause his death had forced the doctors treating him, to reattach his feeding tube at every appeal. The protracted legal proceedings took many turns, but ultimately failed to save his life when a final appeal to the European Court of Human Rights (ECHR) on January 7, gave the all clear to starve him for the fourth and last time.

The Polish family man who had emigrated to the UK for work 17 years ago, was subject to a “Transparency Order” of the court and was only identified by the initials RS. He suffered a cardiac arrest in his Plymouth home on November 6, which left him with brain damage and in a coma. After only five days, doctors treating RS at Derriford Hospital, told the family, it was in his best interests to die and inquired about harvesting his organs.

At the end of November, the University Hospitals Plymouth NHS Trust applied to the Court of Protection in London for permission to withdraw his life-sustaining treatment. This was the start of the dramatic legal battle that would involve the British and Polish governments, the ECHR and divide family members over the question of what RS would have wanted, if he could have made a decision on his own life in his present medical predicament.

RS’s mother, sisters and niece contested his wife and children, who claimed RS would not have wanted to live and be a burden to them. The Catholic pro-life Pole, they claimed, had always defended the sanctity of life and his sister testified that he been outraged when Alfie Evans had been disconnected from his life-support. Mr Justice Cohen ruled on December 15, in favour of the NHS Trust, stating that RS’s wife was able to interpret RS’s best interests because she knew him so well. The Court decided that RS’s artificial fed nutrition and hydration “could be lawfully discontinued”. Christian Legal Centre, representing the birth family unsuccessfully took the case before the Court of Appeal and twice with the support of the Polish government to the European Court of Human Rights (ECHR).

Just when RS’s death seemed unstoppable, diplomatic and political intervention by the Polish government and that by the Archbishops from both countries in the last week of his life, was sufficient to rekindle the hope RS could be released from the deadlock keeping him hostage in the U.K. When the Polish government announced they had granted RS diplomatic status 6 days before his death and had sent Polish Medical Air Rescue to airlift him to a clinic in his own country, there was genuine belief RS was no longer under British jurisdiction and would be immediately repatriated for urgent medical care.

Nobody was under the illusion the British courts would take the matter lightly or that they wouldn’t fight tooth and nail to protect the system which allows them to play God with sick peoples lives. But what unfolded to all intent and purposes, was beyond belief. The Polish and British governments wrangled away the last days of RS’s life negotiating inconclusively over legal technicalities until the reason they were meeting ceased to exist. RS died waiting inexplicably in vain, for the Polish court’s judgement on January 20, that he had the right to be airlifted back to his homeland for medical treatment, to be enforced. And the diplomatic passport to freedom which Polish government ministers announced with such fanfare to the media, ironically sits on a shelf in the embassy never used. It’s brand new red cover carries RS’s name and is what remains of the diplomatic fiasco and the human tragedy.

Roger Kiska of the Christian Legal Centre which provided the birth family with legal assistance, made a statement following the announcement of RS’s death. He honoured the family’s unconditional love for RS. He also voiced his concerns about the principle of best interests which condemns disabled patients to death. “The practice of dehydrating and starving someone to death must be addressed. It is an inhumane, degrading and awful process that is used to try and take away from what it really is, which is euthanasia. No judge should be able to impute his or her personal sense of whether a life has meaning or not. Such a state of affairs is subjective, deeply biased and offensive to the sanctity of life.”

Bishop of Plymouth, Right Reverend Mark O'Toole, who was one of the two signatories of the letter appealing to the British government to intervene on behalf of RS, said he was "deeply saddened" by the death of RS who had lived in his diocese.  He also said: "My thoughts and prayers are with his wife, children, mother, sisters and niece and with all those who loved and cared for him."

Destiny took RS to Plymouth 17 years ago, like many Catholic immigrants from Poland who move to the U.K. hoping for a better future. After settling in England, he brought his wife and children over from Poland to join him. He was the sole bread winner and guaranteed his family a modest lifestyle. He left his job in security to work night shifts in warehouses. It is thought that his heart attack might have been caused by the exhaustion of working by night in order to help his family by day. He was only 52 when he died.

RS’s sister in England, talked to the Daily Compass about the moment when she first heard about her brother’s heart attack. She says, “I saw the image in my mind of that photo of my brother meeting Saint John Paul II”. She explains, RS was only 17 years old when the Catholic school he attended took his class on a school trip to the Vatican and he had a private audience with the Pope.” “Those few minutes alone with John Paul left a deep impression on him,” she says. ‘He was very proud of that photo and always had it on display.” I believe, If it wasn’t for this great saint, my brother would have been dead weeks ago when the court ruled in favour of the NHS on December 15”. She believes her brother’s tragedy had a purpose and a mission.
“My brother’s life was wake up call to the world to “see that it has become, a culture of death”. “My brother wanted to live,” she says. “I think people can see something terrible has happened to the world if the authorities can kill someone because they are ill. I never expected to witness something like this in the 21st century in a civilised European country.”