The failure of the Vatican China-politik

The new measures for religious appointments that will come into force on May 1st in China, dictate how Catholic bishops are to be nominated, but totally ignores the recently renewed agreement with the Holy See. It is added confirmation that Vatican policy has failed. It’s a very serious blot on this pontificate and calls into question the concept of what is fidelity to the Church. 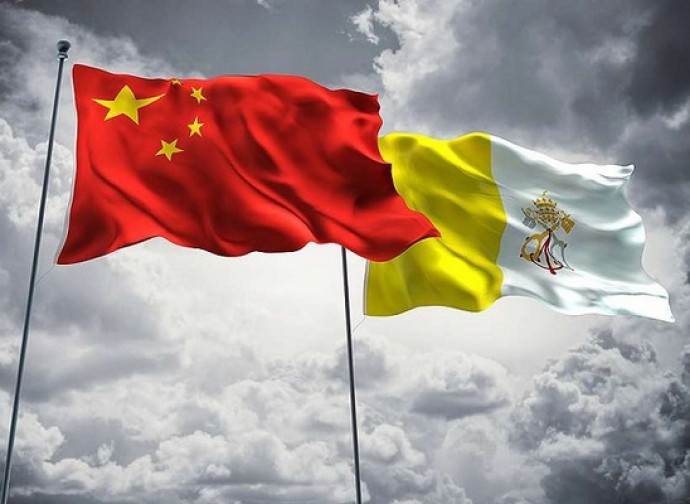 The recent "Administrative measures for religious personnel", will come into force on May 1st. It is a measure with new regulations that further suffocate the five religions recognised in China (Catholicism, Protestantism, Islam, Buddhism, Taoism). But the interesting question the Catholic Church should be asking, is why the regulations concerning Catholic bishops totally ignore the Sino-Vatican agreement signed in September 2018 and then renewed on 22 October 2020.

The document was made public just recently (there is also an integral translation in English): it’s clear the aim of these measures is to tighten state control of religions, through the creation of a complicated database on which ministers of the different religions must register. Those who are not registered - and therefore have not sworn allegiance to the Communist Party and do not intend to bow to the sinicization of religion - can no longer qualify as a priest under the penalty of heavy fines and prison. The database is a proper record that will be continuously updated on the situation of individual subscribers.

Article 3 states that in order to exercise religious functions one «should love the motherland, support the leadership of the Chinese Communist Party, support the socialist system, abide by the Constitution, laws, regulations, and rules, practice the core values of socialism, adhere to the principle of independent and self-administered religion in China, adhere to the direction of the Sinicization of religion in China, operate to maintain national unity, national unity, religious harmony, and social stability».

But the most interesting article for Catholics is no. 16, which refers to the regulations for appointing bishops, which is also the subject of the Sino-Vatican agreement. The new regulation states that bishops are elected through the Patriotic Association of Catholics (controlled by the Chinese Communist Party) and ratified by the Chinese Bishops' Conference (also controlled by the Communist Party).  Note, there is no reference to the Pope or the 2018 agreement.

The Vatican Secretary of State, Cardinal Pietro Parolin, has always defended the agreement with the Chinese authorities - which remains inexplicably secret - arguing that the role of the Pope is recognised for the appointment of bishops, even if it has never been explained exactly to what extent. And Pope Francis himself last February 8, in his speech to the Diplomatic Corps accredited to the Holy See, returned to defend the agreement with the Chinese government by inserting it among «international agreements that foster mutual trust and enable the Church to cooperate more effectively in the spiritual and social well-being» of their respective countries. «The agreement is essentially pastoral in nature - the Pope said -, and the Holy See is confident that the process now begun can be pursued in a spirit of mutual respect and trust, and thus further contribute to the resolution of questions of common interest.»

In short, the Holy See insists on extolling unspecified positive results while reality demonstrates exactly the opposite. Since the agreements were signed in 2018, the persecution against Catholics has intensified and the situation worsened both for those who follow the official Church and for the underground Church, now abandoned to its fate even by the Holy See. And the government - as Cardinal Joseph Zen recalled last October - uses the agreement with the Holy See "as its instrument. To those who resist, the regime replies: 'even the Pope agrees', even if the Holy See disavows it. For those in the underground church, the situation is much more serious. They no longer have their own churches because 'even the Pope agrees' and no one turns a blind eye anymore to those who celebrate clandestine masses. The priests have returned to the catacombs».

These new administrative measures are further confirmation of the Chinese Communist regime’s contemptuous attitude towards the Church. It also confirmation that the Holy See’s policy has failed, which in the face of what is happening pretends nothing is happening and sits on the fence.

The abandonment of Chinese Catholics, who for decades have paid for their fidelity to the Church with martyrdom, is a very serious blot on this pontificate and its diplomacy and does not only concern China. Because in fact - if not in intention - it changes the very meaning of fidelity to the Church, reducing it to a political fact, by sacrificing truth on the altar of dialogue between institutions.