The Church commemorates the martyred saints Cornelius (c. 180-253) and Cyprian (210-258) on the same day, as their lives were intertwined during a critical period for Christianity: at the time of the persecutions of Decius, Cyprian and pope Cornelius were in favour of readmitting to communion the lapsi, those who had denied Christ in order to escape persecution 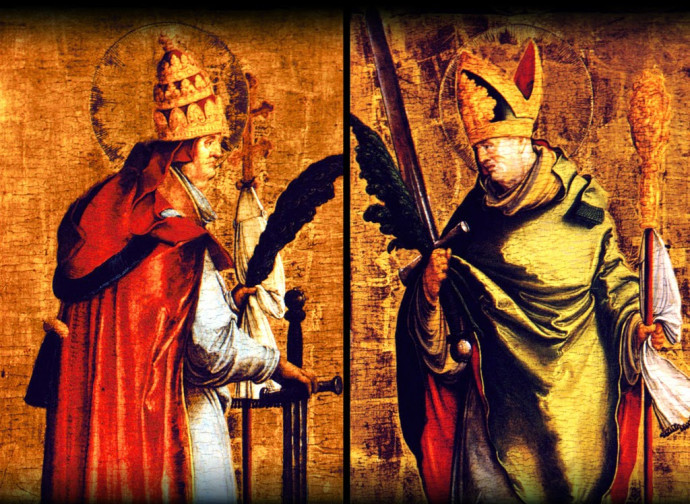 The Church commemorates the martyred saints Cornelius (c. 180-253) and Cyprian (210-258) on the same day, as their lives were intertwined during a critical period for Christianity. At the time of the persecutions of Decius, which led to the martyrdom of Pope Fabian (†250) and other Christians, the question had arisen of the lapsi ("lapsed", from the Latin lapsus, meaning “slipped”), i.e. those who had in various ways denied Christ. These also included the so-called Libellatics, who had purchased a false libellus, a document that attested their homage to the pagan gods. Various divine wonders took place to underline the gravity of the apostasy. While some did not repent, many others asked for forgiveness. And basically two currents were formed, one in favour of indulgence and the other against it.

Cyprian, a convert who had become bishop of Carthage, was in favour of readmitting to communion, after a just penance, those who had repented. And he proposed to settle the matter in councils to be held at the end of the persecutions. In the meantime, after more than a year of vacancy of the papal see, Cornelius was elected to the Petrine throne. But he was opposed by Novatian, who proclaimed himself pope and in opposition to the legitimate successor of Peter claimed that the Church could not forgive the sin of idolatry.

Cornelius, supported by Cyprian and Dionysius of Alexandria (both Fathers of the Church), convened a synod to excommunicate Novatian and accepted the proposal on the lapsed of the Council of Carthage. The Pope was later arrested by the new emperor Trebonianus Gallus and died in 253. Cyprian reports that Cornelius suffered martyrdom, the same fate that he himself would suffer five years later under Valerian's persecution. Cyprian was martyred after his final refusal to sacrifice to the pagan gods, and his confreres used cloths to collect his blood.