Patroness of Lucca, in Tuscany, Saint Zita (1218-1278) enjoyed a widespread cult long before she was canonized, so much so that her contemporary Dante Alighieri mentioned her in the Divine Comedy. 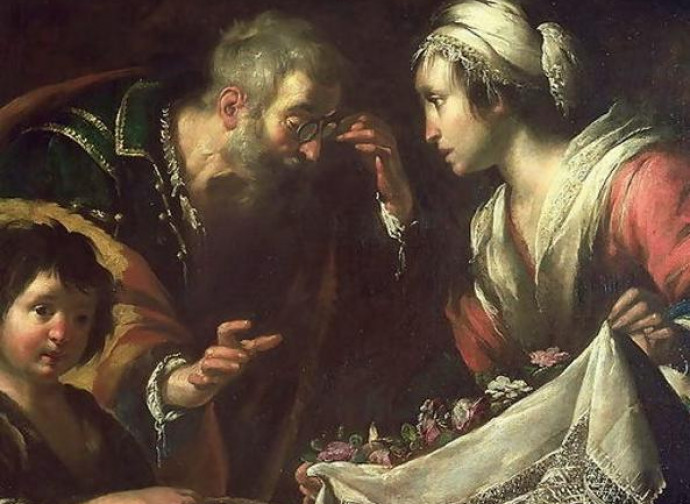 Patroness of Lucca, in Tuscany, Saint Zita (1218-1278) enjoyed a widespread cult long before she was canonized, so much so that her contemporary Dante Alighieri mentioned her in the Divine Comedy. Zita, a dialect term meaning “girl” and which is still used today in its diminutive “zitella” [spinster], was born to poor parents. When she was only 12 years old she began to serve in the Fatinelli family home. Educated in Christian piety, the girl grew up with a simple rule of life: “Does Jesus like this? And does this displease Him?”, she would ask herself to find guidance in her daily choices. Every day she would rise early to go to Mass before going on to complete all the housework that was required of her, often also making up for the shortcomings of other servants.

Always humble and joyful, Zita won the favour of her masters and was beloved by the poor of Lucca. The Fatinelli family had entrusted her with the task of distributing alms, but she always added her own savings to help as much as possible. Tradition reports that another housemaid, who was jealous, insinuated to her master the suspicion that Zita gave more to the poor than he had arranged. One day, as Zita went to some needy people carrying abundant loaves bundled up in her apron, the head of the family stopped her and asked her what she was carrying: “Flowers and foliage”, replied the saint. And when she untied her apron, a mass of flowers and foliage fell to the ground.

She died at the age of sixty in the odour of sanctity and the faithful in fact pushed for her to be buried in the Basilica of San Frediano, one of the oldest places of worship in Lucca, where her body is still perfectly preserved in a glass case. In 1989 a palaeopathological study of Zita's body was carried out by the University of Pisa, which revealed interesting data, such as her estimated age of sixty years (as reported by hagiographic sources), her medium-low stature and a rather severe pulmonary anthracosis, attributed to continuous exposure to kitchen and lamp fumes.

She was canonized in 1696 by Innocent XII, who thus recognized the validity of an already centuries-old cult. Saint Zita was then elected by Pius XII “patroness to God of maids and of all women in charge of the house”, for whom she is a trusty model of virtue. She is patroness of the congregation of the Oblates of the Holy Spirit, also known as the Institute of Saint Zita (founded in the second half of the 19th century by Blessed Elena Guerra), where in 1887 another great saint of Lucca began her period of preparation for First Holy Communion: the mystic Gemma Galgani.