Son of the Duke of Bohemia, he lived in a land where Christianity was beginning to spread thanks to the evangelization of the Slavic peoples initiated a few decades earlier by Saints Cyril and Methodius. 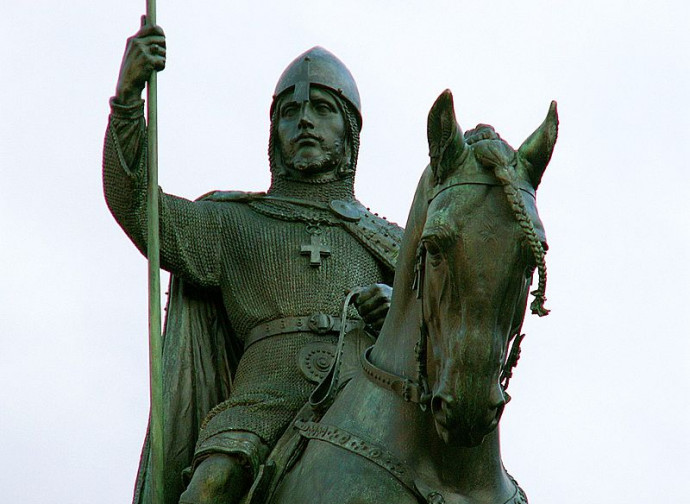 The life story of Saint Wenceslas (907-935) is a tangled web. Son of the Duke of Bohemia, he lived in a land where Christianity was beginning to spread thanks to the evangelization of the Slavic peoples initiated a few decades earlier by Saints Cyril and Methodius. His paternal grandmother was St Ludmilla, a convert who educated him in Christianity, opposed by her pagan daughter-in-law Dragomir. When his father died in 921, Wenceslas was still too young to lead his people. So his mother assumed the regency, promoting a series of measures strongly hostile to Christian worship and teaching. In conspiracy with other pagan nobles, Dragomir also had her mother-in-law Ludmilla strangled, and tried to favour her youngest son, Boleslaw.

Things changed when Wenceslas reached the age to rule. The young man worked to re-establish order in Bohemia and, with the help of German missionaries, resumed the work of Christianization. He ransomed a multitude of pagan slaves for sale in Prague and had them baptised. He fasted, fervently participated in religious services, wore the cilice and was appreciated for his courage. When Prince Radislaus invaded his lands with the army, Wenceslas offered him a duel to settle the matter without spilling the soldiers' blood.

Like his grandmother, he was the victim of an internal conspiracy, which may have had religious motives as well as the quest for power. His brother invited him to the castle in his town, Stará Boleslav, and on the morning of 28 September 935, while Wenceslas was going to church as usual for Matins, he attacked him from behind. Tradition has it that the saint parried the assault and could have struck Boleslaw with his sword: “I could kill you, but the hand of a servant of God cannot be stained with fratricide”, said Wenceslas, who was killed a few moments later by his brother's hired assassins. Boleslaw later repented and ended up encouraging the spread of Christianity in Bohemia.

Patron of: Czech Republic and Slovakia