The life of this brilliant philosopher, for a long time atheist, then in love with God and victim of the Shoah, never ceases to fascinate. The existential pilgrimage of Saint Teresa Benedicta of the Cross, born Edith Stein (1891-1942), proclaimed co-patroness of Europe by John Paul II, contains much of the dramatic history of the 20th century 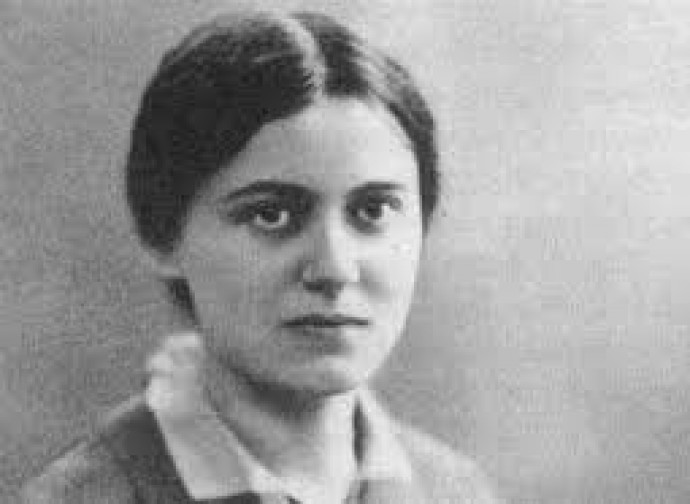 The life of this brilliant philosopher, for a long time atheist, then in love with God, barefoot Carmelite, mystic, author of works of intense spirituality and victim of the Shoah, never ceases to fascinate. The existential pilgrimage of Saint Teresa Benedicta of the Cross, born Edith Stein (1891-1942), proclaimed co-patroness of Europe by John Paul II, contains much of the dramatic history of the 20th century, with its failures and contradictions. A century from which she - daughter of Israel - emerged, discovering and totally incarnating in herself the mystery of Christ crucified and risen.

Edith was born on 12 October 1891 in Breslau, then on German territory, to parents of Jewish origin. She lost her father when she was not yet two years old. Her mother tried to educate her in Judaism, but the girl ended up no longer believing: “In full conscience and free choice I stopped praying”, she would recall later. She joined an association for the right to vote for women (“... I was a feminist radical. I then lost interest in the whole issue. Now I'm looking for purely objective solutions”) and became passionate about philosophy, particularly Husserl's phenomenological current. Thirsty for knowledge, she enrolled at the University of Göttingen, and there she followed the lectures of the famous philosopher: for her extraordinary intellectual qualities she soon earned the esteem of the lecturers, including Husserl, of whom she became an assistant.

In philosophical circles she had met some colleagues of the Christian faith. This was like a seed in her search for truth. In her dissertation on empathy she wrote in the final pages: “There have been individuals who, following a sudden change in their personality, believed that they were meeting divine mercy”. At that time an incident struck her. She saw a woman with a shopping basket enter a Catholic church for a short prayer “as if she were going to an intimate conversation. I could never forget that incident”. One summer night in 1921, alone in a friend's house, her eyes settled on a book: The Life of Saint Teresa of Avila. “I began to read it and could not put it down until the end. When I closed it, I said to myself: this is the truth”. That was the final spark. On 1 January 1922 Edith was baptized.

In Christianity she rediscovered all the beauty of her roots: “I had ceased to practise my Jewish religion and I felt Jewish again only after my return to God. At that point she already wished to enter the monastery, but was convinced to be patient. In the following decade she divided her days between prayer and work: she taught in three different Catholic schools, translated the De Veritate of St Thomas Aquinas, and wrote an essay on Thomistic philosophy, which she then expanded until it became her greatest work: Finite and Eternal Being. On the advice of an abbot, she travelled to give lectures on the rich meanings of femininity in the Christian light. She did everything to be an “instrument of God”. These are the words of a beautiful prayer of hers: “Lord, give me everything that leads me to Thee. Lord, take all that distracts me from Thee. Lord, take me from myself and give me all that leads me to Thee. These are three graces, of which the last, the greatest, contains the other two. We pray to receive them”.

In 1933 Hitler rose to power. She immediately predicted the dramatic scope of this in a letter to Pius XI. That year, in June, she received a “yes” to admission among the Carmelites. Edith, who had long meditated on the Passion of Jesus and the sorrows of Mary, then took the name of Teresa Benedicta of the Cross, almost a prophecy about her life. In 1938 she made her perpetual profession of obedience, poverty and chastity. As Nazism revealed its face, she thought of a woman from the Scriptures: “I think of Queen Esther who was chosen to intercede before the king for her people. I am a little Esther, poor and powerless, but the King who chose me is infinitely great and merciful. And this is a great consolation.” On December 31, 1938, to protect her from persecution, her superiors moved her and her sister Rosa, also a convert, to the Carmelite monastery in Echt, Netherlands. But the Nazis, in retaliation for her message read by the Dutch bishops in all the churches, captured her and Rosa anyway. It was August 2, 1942. “Come, let us go for our people”, Teresa said to Rosa.

They were held for a few days in the Westerbork transit camp, where a Jew from Cologne met her and remembered her as follows: “She was notable for her peaceful and calm attitude. The cries, the moans, the anguished overexcitement of the newcomers were indescribable. Sister Teresa Benedicta went among the women like a consoling angel, calming some, caring for others. [...] she took care of the little children, washed them, combed their hair, and provided them with the necessary nourishment and care. All the time she was at the camp she dispensed around her such charitable help that I am in awe when I think about it”. She was then transferred with her sister to Auschwitz, where she died in the gas chambers on 9 August. As an innocent lamb, like her beloved Spouse, now ready to shine with Him in eternal glory.