“Your great trust in Me compels Me to grant you continuous graces”, she heard Jesus say. He called her “Secretary of My Mercy” 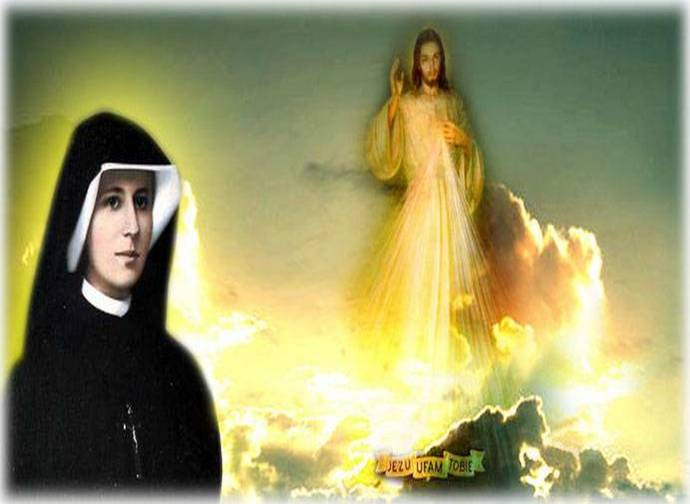 “Your great trust in Me compels Me to grant you continuous graces”, she heard Jesus say. He called her “Secretary of My Mercy”. She had visions, hidden stigmata, continuous contact with her guardian angel, Our Lady, the saints and the souls in Purgatory, and the very rare gift of a mystical marriage with God. St Mary Faustina Kowalska (1905-1938) experienced countless graces that accompanied her earthly life in secret: only her confessors and, in part, her superiors knew what we would later discover by reading her diary. She wrote it between the two World Wars in obedience to Christ, in order to make known His Mercy and the need to return to Him to escape the action of the evil one.

The third of ten children, the saint grew up in a devout family, where it was customary to pray and read religious books together, books that her parents purchased with great sacrifice. Educated in obedience and respect for the sacred, at the age of seven she felt for the first time “the love of God that filled my little heart” after the exposition of the Eucharist. As a teenager she worked to help her family and at the age of 19, after being refused by several convents in Warsaw, she was admitted to the Sisters of the Blessed Virgin Mary of Mercy. This was exactly where God wanted her, as He later revealed to her.

Destined for humble work, she did everything cheerfully. Love for her neighbour - already manifested as a child when she dressed as a beggar and gave all the donations she received to the poor - burned within her: “All the sorrows of my neighbour affect my heart”. Fasting weakened her already fragile health, but she offered it for the salvation of souls. She saw Hell, and Jesus revealed to her that Satan “burns with a particular hatred against you, because you have taken many souls away from his dominion”. From Purgatory she received requests for prayers: “I did not know that there was such a union among souls”, she wrote, further confirmation of the doctrine on the communion of saints. In everything she was gladdened by a reality: “Neither graces, nor revelations, nor ecstasies, nor any other gift given to my soul make it perfect, only the intimate union of my soul with God”.

The sacrament of Confession is at the heart of Jesus' revelations: “When you go to confession, know that I myself am waiting for you in the confessional. I only conceal myself behind the priest, but it is I who work in the soul. There the misery of the soul meets the God of Mercy”. In addition to the magnificent pages that help us to know God, her diary also bequeaths to us the feast (instituted in 2000 by St John Paul II) and the Chaplet of Divine Mercy, which Our Lord recommended that she recite at three o'clock in the afternoon to receive more graces: “At that hour I shall refuse nothing to the soul that prays to me for my Passion”.

Homily of John Paul II for the canonization of Sister Faustina