Her unparalleled love for the Catechism, her sacrifices for the sick, her suffering offered with joy to God for His saving plan: the splendour of Saint Maria Bertilla Boscardin (1888-1922) is equal to the humility with which she lived every day on earth. 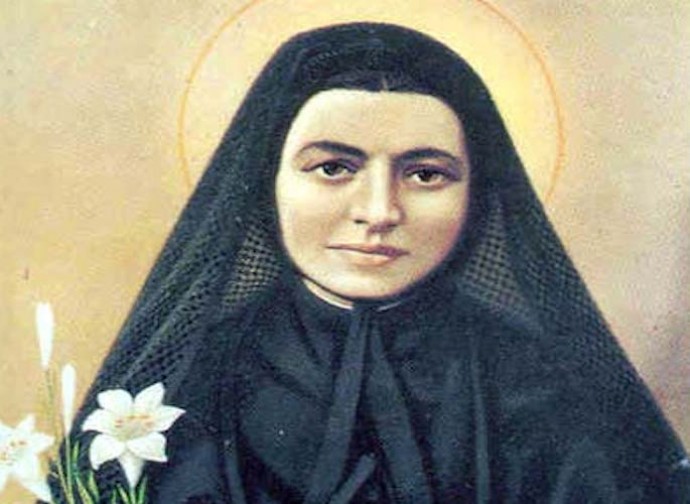 Her unparalleled love for the Catechism, her sacrifices for the sick, her suffering offered with joy to God for His saving plan: the splendour of Saint Maria Bertilla Boscardin (1888-1922) is equal to the humility with which she lived every day on earth. “My Jesus, let me die a thousand times rather than perform a single action in order to be seen”, she wrote in her diary. She was the daughter of illiterate peasants, whom she helped with their work in the fields. Her story reminds us that every way to holiness has its charisms: “My way is the way of the carts, the most common”, a way made of many small daily gestures of charity.

She soon felt the religious vocation and asked her parish priest to choose a suitable congregation for her. At the age of 16 she entered a convent of Dorothean Sisters. After her first vows she was assigned to the hospital of Treviso, where she graduated as a nurse, dedicating herself to the care of the sick and in particular of children, to whom she gave physical and spiritual comfort. To facilitate the other sisters, she chose the night shift. “To God all the glory, to my neighbour all the joy, to me all the sacrifice”, she said.

She suffered greatly when, during the First World War, she was forced to leave the hospital and move to Lombardy, where she took nothing of her personal belongings with her, except the small catechism that the parish priest had given her during her childhood. She kept it as a precious treasure. “Not only did she find her delight in reading the explanation, but from the age of ten, Annetta [Anna Francesca was her Baptism name] began teaching it to others. While her intellect did not cope well with school subjects, she assimilated Christian doctrine with an assured supernatural instinct”, said Pius XII when he beatified her. When the sisters changed her clothes for her burial, they found that same catechism, now crumpled with use, in the pocket of Maria Bertilla's habit.

Her way to holiness was an imitation of the virtues of the Blessed Virgin. “Dear Virgin Mary, I do not ask you for visions, nor revelations, nor tastes, nor pleasures, not even spiritual ones. For my lot down here I want nothing else but what you wanted in the world: to believe purely without seeing or experiencing anything”. She lived in obedience and with the will to be the servant of all, aware of the Gospel teaching on how to become great in the Kingdom of Heaven. She responded to the illness that struck her (she had already had surgery for a tumour at the age of 22) with the usual joy that can be seen in the pages of her diary and in the stories of those who knew her. Fleeing the vanities of the world, she loved and felt radically loved by Christ. Therefore, on the point of death she begged her Mother Superior to say to her sisters these words: “They must work only for Jesus, for Jesus... everything is nothing, everything is nothing, everything is nothing”.

St Maria Bertilla Boscardin: A missionary to the lonely