A learned Syrian doctor from Antioch, he was a disciple and collaborator of Paul, who mentions him in three of his letters. To Saint Luke (c. 9-93) we owe the third Gospel and the Acts of the Apostles, whose place is not random in the design of Divine Providence. 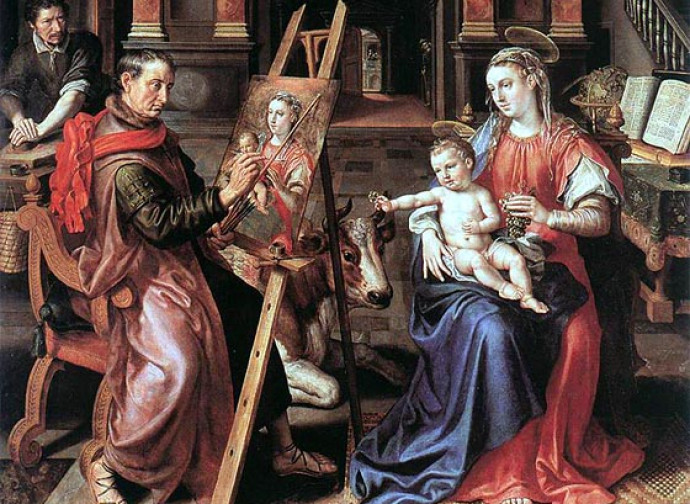 A learned Syrian doctor from Antioch, he was a disciple and collaborator of Paul, who mentions him in three of his letters. To Saint Luke (c. 9-93) we owe the third Gospel and the Acts of the Apostles, whose place is not random in the design of Divine Providence. “So I too have decided to do careful research on every circumstance from the very beginning and to write for you, illustrious Theophilus, an orderly account, so that you may become aware of the solidity of the teachings you have received” (Lk 1:3-4), he declares in the preface to the Gospel that God inspired him to write. It is complementary to the texts of Matthew and Mark, which he had had the opportunity to read, and is addressed especially to those whose background was paganism.

In that preface, unique among the evangelists, Luke in fact explains his method of work and his care in drawing directly from the eyewitnesses of the life, death and resurrection of Jesus. The third Gospel is rich in historical and geographical details, as if to underline - for the benefit of posterity - that the earthly mission of God the Son took place at precise times and places. Exemplary in this sense is the political-religious framework that Luke outlines when he speaks of the birth of the movement of John the Baptist, the Forerunner: “In the fifteenth year of the reign of Caesar Tiberius, Pontius Pilate was governor of Judea, Herod was tetrarch of Galilee, his brother Philip was tetrarch of Iturea and the region of Traconitis, and Lysanias was the tetrarch of Abilene.  Annas and Caiaphas being the high priests, the word of God came to John the son of Zechariah in the wilderness” (Lk 3:1-2).

In addition to having accompanied St Paul on various journeys (he was with him in Philippi, Jerusalem, Rome, Troad, to name but a few of the places mentioned in the Acts), Luke certainly knew several of the Twelve, including St Peter. And it is fully plausible that he knew the Blessed Virgin in person, about whom the third Gospel is the richest in information, from the Annunciation to the visit to Elizabeth, to the presentation of Jesus in the temple with Simeon's prophecy (“and a sword will pierce your own soul too”) and later to finding Jesus there: all this is as told from Mary's inner perspective, who “kept all these things meditating on them in her heart”. Not for nothing, some exegetes believe that it was Our Lady herself who transcribed the Magnificat for him.

According to tradition, St Luke was the first iconographer and several paintings of a sacred nature are attributed to him, especially of the Virgin and Child. His relics are preserved for the most part in Padua, in the abbey basilica of Saint Justina.