The first merit to be ascribed to St Leonard of Port Maurice (1676-1751), a Franciscan friar of the so-called “Riformella”, is the propagation of the Via Crucis throughout the Church. It was he, in 1731, who obtained the Brief Exponi nobis from Clement XII, which authorised the installation of the Stations of the Cross in all the churches, until then a privilege only of Franciscan churches. 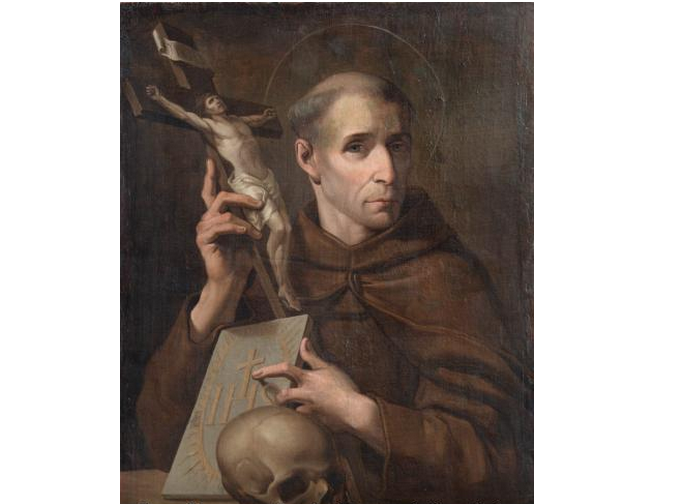 The first merit to be ascribed to St Leonard of Port Maurice (1676-1751), a Franciscan friar of the so-called “Riformella”, is the propagation of the Via Crucis throughout the Church. It was he, in 1731, who obtained the Brief Exponi nobis from Clement XII, which authorised the installation of the Stations of the Cross in all the churches, until then a privilege only of Franciscan churches. The saint himself erected 572 in the various cities where he went on mission. He attracted huge crowds with his sermons on the Passion of Jesus, which had the effect of reducing to tears and sobs those present.

St Leonard also introduced the meditations for each of the 14 Stations, teaching that the Way of the Cross “is the same as contemplating with tenderness of heart all those torments and pains that from Pilate's house to Calvary our beloved Jesus, our all, suffered under the weight of the Cross”. It was also he who pushed Benedict XIV towards the institution of the Way of the Cross at the Colosseum, which was consecrated to God and to the many Christians who had suffered martyrdom there. The first one took place in 1750, at the height of the Holy Year. And this religious feature helped to prevent the great Roman amphitheatre, long used as a travertine quarry, from being dismantled.

Born Paolo Girolamo Casanova, the saint had lost his mother when he was just two years old. He received religious education from his father. He left his native Liguria little more than a child. He studied theology at the Roman convent of San Bonaventura al Palatino and was ordained a priest at the age of 25. He wanted to leave as a missionary to evangelise China, but Cardinal Colloredo told him: “Your China will be Italy”. So he travelled far and wide through Italy, especially in the central-northern regions. He called the people back to prayer, penance and adoration of the Blessed Sacrament. “He is the greatest missionary of our century”, said Saint Alphonsus Maria de' Liguori about him. Very well-known is an episode that took place in Corsica, then tormented by separatist insurrections: after a sermon on the Passion, the men discharged their rifles into the air and embraced each other shouting with a loud voice: “Long live Brother Leonardo, long live peace!”

He fought Jansenism and its erroneous conception of God, which made people doubt divine love. He recommended that the image of Jesus and the Most Holy Names of Jesus and Mary be placed above the entrance of households. He had a filial devotion to Our Lady. He propagated the promise of the Three Hail Marys (which the Virgin had made to St Matilda). He was a convinced supporter of the Immaculate Conception. He advised to hold a consultation with the bishops, which he called “council in writing and without charge”, announcing in his Prophetic Letter that the Immaculate Conception would be proclaimed dogmatically. His writing was exhibited in the chapel of the convent of St Bonaventure on the Palatine, where the saint died.

A century later a devotee of the then blessed Leonardo, Pius IX became pope (it was he who canonised him). He knew that chapel well, as he often retired to pray there. Shortly after ascending the throne of Peter, Pius IX read and kept a copy of the Prophetic Letter, whose words remained impressed on him. On 2 February 1849, urged also by the petitions of many faithful, the Pontiff published the encyclical asking all the bishops of the world to show what their thoughts and the piety of the Christian people towards the Immaculate Conception were. We know how it ended: on 8 December 1854 the dogma was solemnly proclaimed.

Patron of: missions to the people