“My place is by the side of the sick”, was the mantra of the medical luminary Saint Giuseppe Moscati (1880-1927), a model for every doctor and every man. 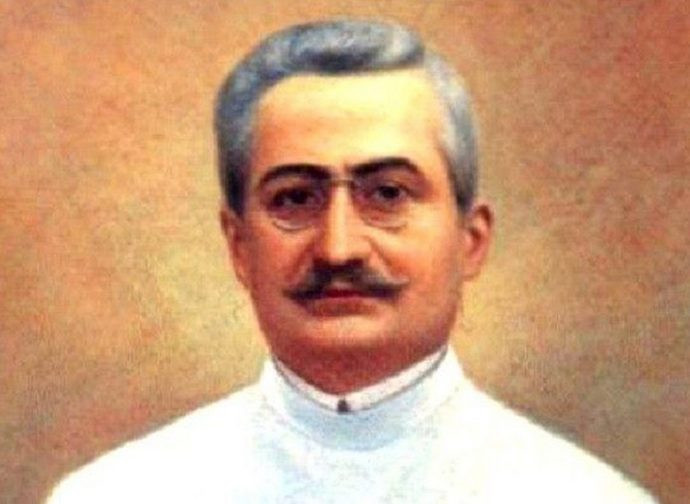 “My place is by the side of the sick”, was the mantra of the medical luminary Saint Giuseppe Moscati (1880-1927), a model for every doctor and every man. Equipped with a solid scientific background, author of numerous essays on Italian and international journals, one of the first in Italy to use insulin to treat diabetes, university lecturer in physiological chemistry (supported by Antonio Cardarelli) and medical chemistry, Moscati had no doubts about what should be the purpose of life on earth: “Not science but charity has transformed the world in some periods; and only very few have gone down in history for science; but all of those who dedicate themselves to doing good will remain imperishable, symbol of the eternity of life, in which death is only a stage in a higher ascent”. And again: “Progress lies in a continuous critique of what we have learned. Only one science is unshakable and unshaken, the one revealed by God, the science of the beyond”.

The seventh of nine children, he was born in Benevento. At the age of four, he moved with his family to Naples (in between there was a period in Ancona), because of the work of his father, a magistrate. Already at the age of 12, he began to assist his brother Alberto, who had suffered a head injury in a serious fall from a horse (he died of complications in 1904). It was at this time that his vocation probably matured, together with an awareness of the fleetingness of life in this world. In 1897 he enrolled in the Faculty of Medicine, one of the faculties most influenced by the materialistic and atheistic culture of Positivism. But Joseph, whose motto was “to love God without measure, without measure in love, without measure in pain”, came out even stronger in faith. He graduated in 1903 with a thesis on hepatic ureogenesis, which was judged worthy of publication.

A few months later he began working at the Ospedale degli Incurabili (Hospital for the Incurables) and in 1906, during the eruption of Vesuvius, his intervention in the Torre del Greco division proved providential: he evacuated the hospital as soon as possible and personally loaded the sick onto vehicles. The roof collapsed shortly after the last patient had been moved to safety. When cholera struck Naples in 1911, his report on the work needed to clean up the city helped to limit the epidemic. His charity towards the poorest patients was also moving. In the antechamber of his private study he had placed a basket with the inscription: “If you have, put in what you like. If you don't have, help yourself”. And there are many testimonies of patients who saw their money returned to them by the saint.

He urged his young pupils to marry. For his part, he always lived celibate and in chastity because he saw his mission as a doctor in the same way as the priesthood, in which “pain should be treated not as a muscular contraction, but as the cry of a soul, to which another brother, the doctor, rushes with the ardour of love, charity, taking care of the body and the spirit”.

The source of his love for his neighbour was prayer and the Eucharist, the true centre of his life, which he received daily. He fasted in preparation for the feasts of Our Lady, to whom he was very devoted. He never hid his faith, regardless of the mockery of his Masonic and anti-Catholic colleagues. “Love the truth, show yourself as you are [...] and if the truth costs you persecution, accept it”. He was always humble and good company. One day, while director of the Institute of Pathological Anatomy, he called his assistants into the autopsy room to show them a crucifix, under which was written: Ero mors tua, o mors, “I will be your death, O death”. Thanks to his faith in the Risen Lord, he did not fear death, which came upon him suddenly, when he was not yet 47. Aware of the need to take care of the soul, he had said that “for those who are prepared, sudden death is the best”. He was honoured by a huge funeral procession. At a time like ours, pervaded by an anti-life culture that has made abortion and euthanasia part of ‘medical’ practices, the example of St Joseph Moscati is more relevant than ever.