Mystic and Doctor of the Church, precursor and advisor of the Council of Trent, model for priests and a “prophetic figure”, as Paul VI called him when he canonized him in 1970. Saint John of Avila (c. 1500-1569) was all of these. 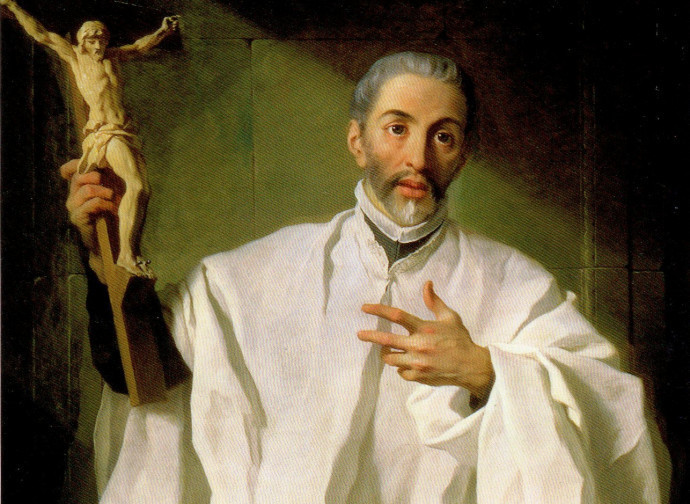 Mystic and Doctor of the Church, precursor and advisor of the Council of Trent, model for priests and a “prophetic figure”, as Paul VI called him when he canonized him in 1970. Saint John of Avila (c. 1500-1569) was all of these. And one can presume that his mission in the Church has yet to reach its peak, as if the slow process of canonisation (concluded four centuries after his death) and his rediscovery is the fruit of a precise plan of Divine Providence. Pope Montini extolled his many charisms and saw him as a shining example for the clergy, as well as a perfect response to secularised society: “Every priest who doubts his own vocation can approach our Saint and receive a reassuring response. Just as any scholar inclined to reduce the figure of the Priest to the pattern of a profane and utilitarian sociology, if he learnt about John of Avila, he would have reason to reconsider his judgement [...]”.

Born in a small village in Castile to a noble family, John was orphaned when he was still completing his studies. He graduated in philosophy and theology. In 1526 he was ordained a priest, donating a large part of his inheritance to the poor. His ardent missionary spirit drove him to travel to Mexico, but events did not go according to his plan. When he arrived in Seville, while waiting to embark for the New World, he began to preach in and around the city. He was noticed by a distinguished catechist, the Servant of God Fernando de Contreras, who was impressed by his oratory and asked the archbishop to convince John to stay in his homeland. And so he did. With his incessant preaching he earned the nickname “Apostle of Andalusia”. Even so, his life was not without tribulations:  in 1531 he ended up in prison on an unjust charge of heresy, from which he was fully acquitted two years later.

His time in prison - during which he began to write the masterpiece Audi, filia - helped him to grow spiritually. He inflamed hearts about the infinite benefits of Christ's Redemption and Mary's motherhood. He matured that prayerful theology, typical of saints, that made him say: “What hidden treasures God gives us in trials, from which the world thinks only of fleeing!”. He therefore recalled that Jesus Himself showed us the way of the cross as the way of true love: “Christ tells us that if we wish to unite ourselves to Him, we must walk on the road that He has travelled”, a road opposed to the “ways of worldly honour”. His fame as a preacher spread to the point that in 1538 he was asked to preach the sermon for the funeral of the young Isabella of Portugal, wife of Charles V. His homily inspired the conversion of Saint Francis Borgia. A few months later his words also had a forceful effect on a 43 year-old man, still confused about his vocation: Saint John of God, founder of the Fatebenefratelli (Brothers Hospitallers).

Not without reason, therefore, his contemporaries called him “Father Master”. His great friendship with Saint Ignatius of Loyola (to whom he directed about thirty of his students) and Saint Teresa of Avila (whom he supported in the Carmelite Reform) deserves at least a mention. As Benedict XVI wrote in the apostolic letter with which he proclaimed him Doctor of the Church, “great saints and recognised sinners, wise and ignorant, poor and rich, turned to him for help and guidance”. Aware of the need for the Christian education of children and young men preparing for the priesthood, he founded several minor and major colleges, forerunners of the Tridentine seminaries. The Archbishop of Granada would have liked to take him to the last two sessions of the Council of Trent, but John was by that time very ill; however, he continued his apostolate with his writing and wrote two Memorials which had a great influence on the Council. A larger-than-life character, therefore, from whom the Church can still derive great good.