Tireless in charity, in prayers, in fasting. Saint Elizabeth of Portugal (1271-1336), also known as Isabella of Aragon, was a woman who marked an era, although not many people know her extraordinary figure today. 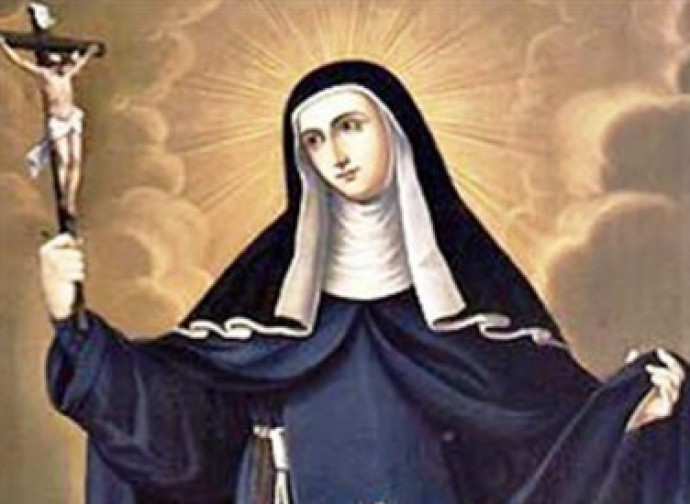 Tireless in charity, in prayers, in fasting. Saint Elizabeth of Portugal (1271-1336), also known as Isabella of Aragon, was a woman who marked an era, although not many people know her extraordinary figure today. Daughter of Peter III of Aragon and Constance II of Sicily (on her mother's side, Emperor Frederick II of Swabia was therefore her great-grandfather), at the age of eight she already recited the entire Divine Office, helped the poor and practised various penances. At the age of eleven she was married to King Dionysius, by whom she had two children. An exemplary wife and queen, she did her utmost to calm tensions between Portugal, Spain and the region of Aragon. She never neglected the devotions she learned during her childhood, which indeed fortified her. Every day she listened to Mass on her knees, confessed and communicated frequently and shed tears meditating on the Passion of Jesus.

As queen, she had hospitals, monasteries and churches built, became protector of orphans and ordered her almsgiver never to send away anyone in need empty-handed. Dionysius betrayed her several times, but she, who urged her spouse to rule their subjects with justice and meekness, grieved more for the offenses done to God than to herself. And she loved her illegitimate children as if they were her own, continuing to offer sacrifices for her husband's conversion. He went so far as to imprison her for some time in a fortress after giving credence to the slanders of malicious courtiers, who had led him to believe that the Queen secretly supported her rebellious son Alfonso (to whom Elizabeth instead wrote letters of rebuke). The latter had rebelled against his father, fearing that he might be disinherited, and had started a civil war.

In 1323 only Elisabeth's direct intervention prevented the two armies, already deployed on the outskirts of Lisbon, from clashing: the saint stood between the two ranks of soldiers and it is said that a barrier of light was formed as she passed through. Thanks to her prayers and Christian patience, her husband converted and she lovingly assisted him up to his death in 1325. Once widowed, she wore the habit of the Franciscan tertiaries and went on a barefoot pilgrimage to Santiago de Compostela, donating her crown to the shrine and offering Masses of suffrage for her deceased spouse. She sold her goods, distributing the proceeds to the poor, convents and churches, while she continued her efforts to avoid situations of conflict.

Close to the end of her earthly life she went to Estremoz to ask her son Alfonso, who in the meantime had become king of Portugal, to abandon his war intentions against Alfonso XI of Castile. After this last exertion, at the age of 65, a violent fever struck her. She asked her friend who was assisting her to bring a chair for Our Lady, who had appeared to her in all her splendour. She returned to the Father on July 4, 1336 after reciting the Creed and whispering: “Maria, mater gratiae”. In 1612 her body, kept in Coimbra at the monastery of St. Clare (founded by the queen herself), was exhumed and it was found incorrupt.