The world could become an anticipation of Paradise if only care were taken to teach and have children read the life of St. Dominic Savio (1842-1857), the little giant of holiness who blossomed fully at the school of St. John Bosco. 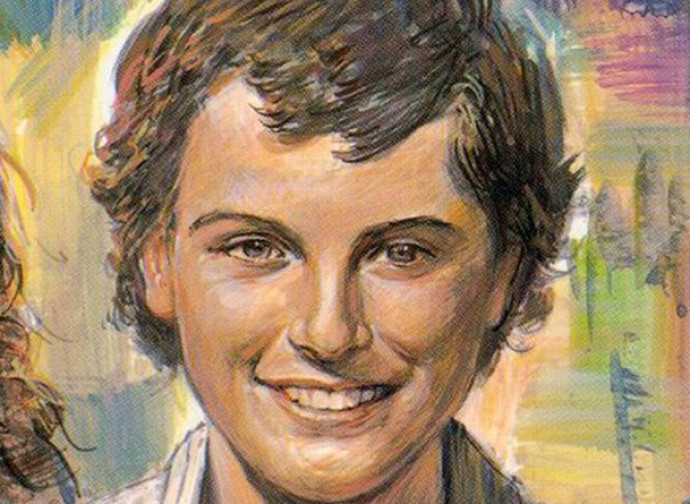 The world could become an anticipation of Paradise if only care were taken to teach and have children read the life of St. Dominic Savio (1842-1857), the little giant of holiness who blossomed fully at the school of St. John Bosco. Don Bosco was also his first and greatest biographer and saw in that special soul the supreme example of what he wanted for his children.

Second of the 10 children of Charles, a blacksmith, and Bridget, a seamstress, Dominic was born on April 2 and was baptized the same day. From his earliest childhood he showed signs of his deep spirituality, consisting of prayer, penance and a great sense of the sacred, which came from his love for God and Our Lady. Once he declined to sit at the table because of the presence of a guest who did not even make the sign of the cross: “I cannot eat with one who devours everything like the beasts”.

He received his First Holy Communion when he was 7 years old and even then he had very clear ideas, set out in a few lines: “I will confess very often and take Communion every time my confessor gives me permission. I want to sanctify public holidays. My friends will be Jesus and Mary. Death but not sins”. He went to school walking about fifteen kilometres a day, along unsafe roads, but when asked if he was afraid his answer was: “Not at all! I am not alone. I have my Guardian Angel with me”. On 2 October 1854 Dominic met Don Bosco. He told him about his wish to study to become a priest and the holy educator decided to make him one of his students at the oratory of Valdocco, in Turin. One evening the teacher addressed these words to him and the other boys. “It is God's will that we become saints. God prepares a great reward for us in heaven if we become saints”. Dominic then asked Don Bosco to help him do this, and he received the answer to serve the Lord with joy.

On his ascent to holiness, Dominic went to confession every eight days and went to Mass daily, always receiving the Eucharist. He animated the games, taught the Catechism to his friends, acted as their guide and peacemaker. He was not afraid to make difficult decisions, like when he tore up obscene magazines brought to the oratory by a boy stronger than him or when he drove away a Protestant who had approached him to spread his religious ideas among the other children. Among those who soon became aware of his holiness was Don Bosco's mother, the Venerable Margaret Occhiena, who said to her son: “You have many good young men, but none exceeds Dominic's beautiful heart and soul. I always see him praying, remaining in church even after the others have left; every day he takes himself away from recreation to visit the Blessed Sacrament. He stays in church like an angel dwelling in Paradise”.

His great love for Our Lady led him to found the “Company of the Immaculate Conception” in 1856, two years after the definition of the dogma by Pius IX. He had involved his best friends in the initiative, to whom he said: “Let us unite, let us found a company to help Don Bosco save many souls”.

During the cholera epidemic of 1854-56, Dominic was among the 44 boys who accepted Don Bosco's invitation to volunteer to help the sick. In this activity the child distinguished himself without being infected, just as the holy master had promised - provided they were “in the grace of God” - to all the volunteers.

Later, his fragile health succumbed to tuberculosis, which forced him to undergo repeated bloodlettings, which he serenely accepted, thinking “of the nails planted in the hands and feet of Our Lord”.

When he realized that his time had come, he said to his father, “The time has come. Get my prayer book and read me the prayers for a good death. He responded devoutly to every invocation and finally said these words, “What a beautiful thing I see! It was March 9, 1857 (one of the two days on which his liturgical memory is celebrated, which the Salesian Family and the dioceses of Piedmont celebrate on May 6). Dominic was not yet 15 years old. Don Bosco then learned, in a dream, the reason for those last earthly words of his pupil: “It was Mary Most Holy who came to collect me, my greatest consolation in life and death. Tell your children to never forget to pray to her”.