RS dies of starvation, condemned to death by a Soros judge

RS is expected to die at any moment now that the hospital in Plymouth, England, has disconnected his nutrition and hydration. Yet, a last urgent appeal to the European Court of Human Rights (ECHR) reveals that the ECHR's final judgment, which sentenced the Polish citizen to death, was issued by a judge, Yonko Grozev, a pro-euthanasia activist who served in George Soros’ foundations. A recent report, denounces that in the last ten years as many as 22 judges nominated to the ECHR have all been "sons of Soros". 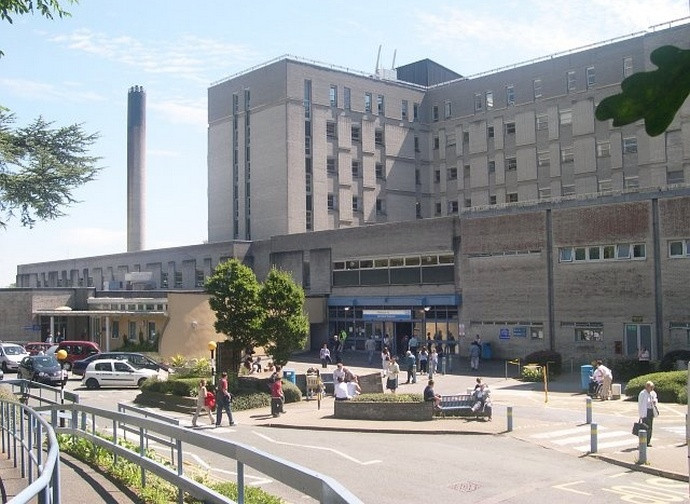 RS, the Polish citizen, hospitalised in a vegetative state in Plymouth and left to die by the British courts, is spending the remaining hours of his life hoping yet again for a favourable reply from the European Court of Human Rights (ECHR) to an urgent appeal to save his life.

According to University Hospitals Plymouth NHS Trust, his medical condition is rapidly deteriorating and he is close to death. Meanwhile, lawyers acting on behalf of the birth family have requested that Judge Yonko Grozev who rejected their last appeal to the ECHR on January 11, be immediately reclused. It has turned out, the Bulgarian judge who twice considered the case “inadmissible,” is in fact a protégé of George Soros and his pursuit for global policy change in the field of end-of-life care. Grozev’s decision gave the all clear for the UK hospital to starve the Polish citizen to death.

RS has been the subject of previous articles (here, here and here) and can be identified only as RS by order of the court. He is the disabled Polish citizen who became the focus of a bitter legal battle after Mr Justice Cohen ruled on December 15 against his birth family and the Polish government, in favour of University Hospitals Plymouth NHS Trust to “lawfully discontinue” his life sustaining treatment.

The Christian Legal Centre which has represented RS’s birth family throughout proceedings made a final desperate appeal to save his life on January 15. They sent an urgent request to the President of the ECHR, Robert Spano asking for Judge Yonko Grozev to be recused and for another judge to be assigned to the application. According to the family’s lawyer, Bruno Quintavalle, in the past Mr Yonko Grozev had lobbied and campaigned for the promotion of “a vision of palliative care at odds with that of the founders of the hospice movement out of which the practice of palliative care first arose”.

His militant past, the lawyer argues, questions his eligibility to consider the family’s application as “he is opposed to the position being argued for by the Applicants”. Mr Quintavalle, has requested that the case be treated under Rule 39 of the European Court so “that the matter be transferred to another section to be urgently determined afresh,” by another judge as RS’s death was imminent.

Mr Grozev’s curriculum vitae prior to his judicial appointment in Strasbourg calls in to question his impartiality as a judge at the ECHR. Notably, as Mr Quintavalle‘s letter explains, “he was a long-time member of the George Soros founded and financed Open Society Foundation Sofia which is part of an international network of political lobbying organisations campaigning for and promoting a variety of political objectives.”  But, writes Quintavalle, one of its principal activities has been the aggressive promotion internationally of “palliative care initiatives,” which aim to rapidly end the lives of those without hope of improvement.

Moreover, the letter sent to the President of the ECHR refers to Soros’ personal vision on end-of-life care recounted in an article he wrote entitled “Reflections on Death in America”. He indicates the laws that should be established “that permit the next of kin to decide to forgo life-sustaining medical interventions even when a patient’s wishes are not known”. Soros denounces the large burdens on health resources by treatments that prolong life. In the same article , writes Quintavalle, he “expresses his views on the primacy of autonomy and that people should be allowed to kill themselves or have others kill them”.

Mr Grozev, charges Quintavalle, “as a board member of the Open Society Foundation was personally involved in the promotion of these contentious bioethical positions and in lobbying to change law and policy in Bulgaria,” and is documented in the Annual Report 2002 of the Open Society Foundation Sofia. “Page 12 of the Report records that the foundation spent over $100,000 in 2002 to spread in Bulgaria Mr Soros’s vision of “palliative care”. Furthermore, page 43 of the Report explains that the Open Society Foundation was involved in advocacy to change policy related to palliative care and to this end set up a lobbying organisation called the “National Association on Palliative Care” to try and effect a change in law in line with Mr Soros’s views”.
Mr Bruno Quintavalle argues that there is sufficient data here for Judge Yonkers Grosev to have recused himself due to this blatant conflict of interests.

It’s alarming, however, to discover that Grozev is not an isolated case in the ECHR. Just less than a year ago, an in-depth study prepared by the European Centre for Law and Justice (see here) entitled NGOs and the Judges of the ECHR 2009-2019 revealed a total of 22 judges nominated to the ECHR had previous links with 7 NGOs funded by Soros and 12 of them with the controversial Open Society Foundation and its legal arm The Open Society Justice Initiative. Most of these judges used to be lawyers for NGOs, who, after gaining experience arguing cases before the ECHR, were then sent to Strasbourg as judges thanks to Soros’s networks of influence.

What’s more, Bulgaria is mentioned 30 times in the 25-page document, which examines the work of the Strasbourg-based court between 2009 and 2019. In that period, the judges representing Bulgaria are Zdravka Kalaydjieva (until 2014) and Yonko Grozev (since 2015). The report stated that solid evidence exists in the cases of Kalaydjieva and Grozev that demonstrates a conflict of interest and influence by NGO actions.

Yet, despite last year’s worrying revelations, the decisions on end-of-life cases, like that of RS, are entrusted to someone with a background like Grozev. It will take a miracle now to tear RS away from the clutches of death that Soros’ judge has procured for him.