Another "unworthy" life in England. This time the clash is with Poland

Another victim has fallen foul of the UK’s principle of "best of interests". A Polish citizen residing in the United Kingdom, in a vegetative state, has received the death sentence from doctors and judges. The government in Warsaw has appealed to the European Court, which must decide by January 7. The case raises serious issues about patients' rights abroad. 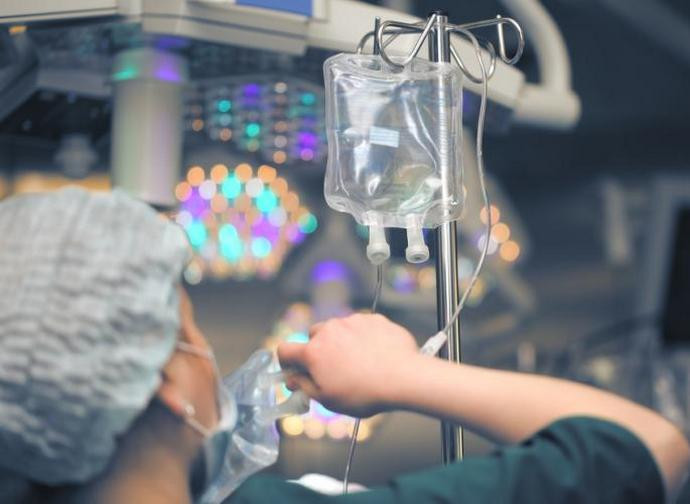 The case in England of a Polish citizen in a vegetative state after suffering a hypoxia injury to the brain caused by a heart attack last November, is making international headlines now that the Polish government has taken up the fight for his life. The disabled man’s life-sustaining treatment interrupted on Christmas Eve, was resumed after the Polish government wrote to the British court and appealed to the European Court of Human Rights (ECHR ). According to Christian Concern, this is another “British ‘back-door euthanasia’ case” without justification considering RS’s medical state continues to improve. He is on life support without artificial ventilation, but is no-longer in a coma.

The Polish government’s first involvement, says Christian Concern, was a letter from the Polish Minister of Foreign Affairs Zbignew Rau to the UK Foreign Secretary Dominic Raab, after RS’s life-sustaining treatment was stopped. The letter requested both an urgent “help and intervention” in the case to resume nutrition and hydration and also requested “Britain’s cooperation in repatriating RS to Poland by Polish Medical Air Rescue, where he is to be treated at Central Clinical Hospital of the Interior Ministry”. At the same time it reads, “the Polish Government has made an urgent application to the European Court of Human Rights, supporting the family’s argument that RS’s “right to life” was being violated by the UK, and has asked the ECHR to order his repatriation to Poland”.

The Polish government’s swift action has bought time for the disabled patient identified only as “P” or “RS”. After five critical days, the British court responded to Zbignew Rau’s first request by resuming RS’s life-sustaining treatment on December 28 by a stay of order. Mr Justice Cohen, in the light of these new developments, continued the stay of order on December 30 allowing treatment to continue until January 7 at 16:00 GMT. This gives the ECHR time to consider both the birth family’s and the Polish government’s applications for appeal.

However, a judge has already ruled against the second request in the letter for immediate repatriation so that RS can receive medical care in his home country. As RS would be guaranteed legal protection and medical treatment until his natural death in Poland, he is now effectively a foreign hostage in a UK hospital. Whether this will become a determining factor when the ECHR considers the Polish government’s application for appeal remains to be seen. Whatever the outcome, the case raises serious questions about the rights of sick patients living abroad.

Despite the odds, RS’s family are braced for the next round in a bitter legal fight which until the Polish government entered the fray, stacked the British court and RS’s wife of 17 years heavily against members of his birth family. The issues of the “right to life” and “best interests” is the basis of the controversy which has entrenched members of RS’s family on opposing sides of the court.

Rs’s wife’s testimony was decisive for the ruling of December 15 by Mr Justice Cohen to cause RS’s death by dehydration and starvation. And in the court of appeal on December 23, Mr Justice Jackson stated he placed “much greater weight on what his wife says” ...... “she has known him so much better than anyone else”. She claims her husband, “never wanted to be a burden if he was seriously ill” and she believes “he would not regard ceasing treatment as removing life”.  Therefore, she is in agreement with University Hospitals Plymouth NHS Trust’s claim that even if RS could survive “for up to five years or more” as he would never recover a “meaningful quality of life,”the removal of life support is in his “best interests.”

RS’s mother, sisters and niece argue adamantly that RS’s Catholic Faith should decide his best interests. They claim he would not want his life to be ended in this way because his pro-life values opposed abortion and euthanasia. They disagree with Mr Justice Cohen who claims that “despite discrepancies between RS’s birth family’s statements about his Roman Catholic beliefs his wife knew him better than his birth family”. One of his sister’s, identified only as KB, testified that RS “would not want his life terminated if it could be sustained. The preservation of life would outweigh all other factors in his thinking”.
KB told the court that RS had “expressed his disagreement” when Alfie Evans’ life support was removed. Lawyers acting for the family, have argued that the court had “moved far too swiftly to the conclusion that this devout Christian man would have wanted something that was in conflict with religious teaching that the end of life is a matter for God and not for man”.

Now that the matter has reached Strasbourg, a serious uphill battle is to be expected. Given the ECHR’s negative track record on other high profile end of life cases and the unexpected Polish government’s intrusion in the legal matter, it’s difficult to predict what the outcome will be. Regardless of the result, RS’s case is threatening the system again. Will another innocent life be sacrificed to defend it?