RS condemned to death: the European Court sides with London

Not even the Polish government’s intervention could save the life of one of its citizens, held hostage in a British hospital, in a vegetative state. The European Court of Human Rights sides with London and RS’s life support is suspended. An urgent appeal to the UN is the last hope in a race for time. 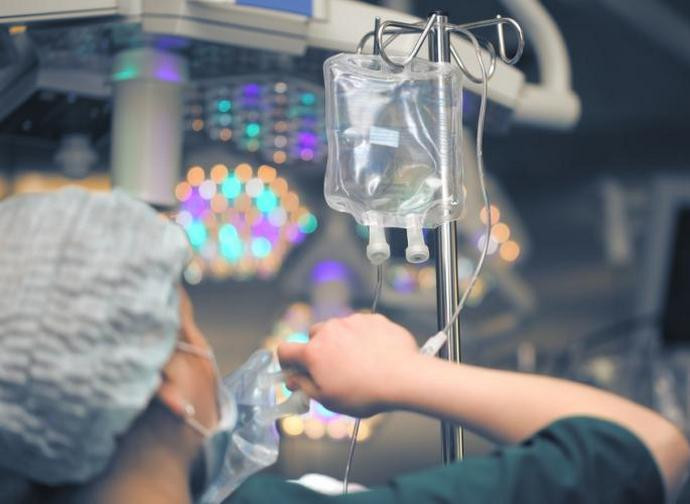 It’s sad but predictable news from Strasbourg. The European Court of Human Rights (ECHR) rejected the Polish government’s urgent appeal to save the life one of its citizens hospitalised in the United Kingdom, after doctors and judges decided he should die. Polish news sources state the hospital now intends to harvest his organs for transplant (The UK has an opt-out system of organ donation) thereby accelerating the patient’s already imminent death due to the withdrawal of his life support. According to Christian Concern, “Yesterday’s ECHR decision takes away the family’s last hope to save RS’s life,” and .... “It is also an affront to the government of Poland after they sent a formal urgent request to the UK Foreign Secretary Dominic Raab, asking for cooperation in repatriating RS to Poland”.

The disabled Polish citizen identified only as 'RS' due to an anonymity order, suffered a heart attack last November, causing brain damage which UK doctors have termed “severe and irreversible” (click here). On December 15, Mr Justice Cohen ruled that it was “not in RS's best interests” to receive life support, therefore it “could be lawfully discontinued”. The judge also said that RS should be provided with palliative care to make sure he “retained the greatest dignity and suffered the least discomfort until such time as his life comes to an end”.  At the end of December, RS’s nutrition and hydration were resumed after the Polish government and his birth family appealed to the ECHR.

But, now that the ECHR’s has ruled in their favour, RS’s doctors expect to close the matter definitively and have already removed his life support even though lawyers representing the family play their last card to save RS’s life. In a desperate race against time, the pro-life Ordo luris Institute for Legal Culture has appealed to the United Nations Committee on the Rights of Persons with Disabilities (UNCRPD). Acting on behalf of the patient’s birth family, they have appealed to the UN Committee to resume RS’s nutrition and hydration while a deposition is considered whether his rights have been violated. They are waiting for an answer.

According to LifeSiteNews, “Ordo Iuris’ Dr. Filip Furman said, “We issued a communication to the United Nations Committee on Rights of Persons with Disabilities because we believe the actions of the hospital and the rejection of the appeal by the British court might be [in] violation of Article 10 of the Convention of the Rights of Person with Disabilities.” “Article 10 refers to the right to life, and this article does not differentiate the quality of life. It protects life in general,” he continued.“Article 15 forbids cruelty. Well, I believe starvation of the patient is an example of cruelty. Article 22 is about the dignity of the person. Article 25 says that the disabled person should have the highest standard of health, that the best possible rehabilitation should be performed. Well, this article may also have been violated.”

If the truth be said, based on previous rulings, the case always left little room for hope. The U.K. court’s notable intransigence throughout proceedings is consistent in this and previous end of life cases. In fact, every request made by the family in court was denied. For example, their plea for RS to be examined by Rev Dr Patrick Pullicino an eminent neurological consultant or another neurologist was rejected. In a written opinion, Dr Pullicino who observed videos of RS taken (without authorisation) in hospital by the family stated they showed “a clear emotional response to the presence of family members”, and might indicate that RS’s prospects of recovery were better than suggested by the Hospital. He recommended further tests which could help to diagnose RS’s condition. His evidence and medical opinion was rejected by the court.

In the same way, the family’s and Polish government’s request to repatriate RS to Poland for treatment was opposed because the treating consultant said he found “it quite offensive to suggest that he [RS] should be transferred to another country, where he could die in transit away from his family.” The judge agreed and ruled accordingly.

Lastly, the family have no grounds to object to RS’s organs being harvested. The UK Organ Donation (Deemed Consent) Act, which became law on March 15, 2019, assumes that a brain-dead individual is an organ donor unless he has officially “opted out” of the system.

For certain, RS’s case opens Pandora’s box and offers no reassurance for patients abroad. The facts in RS’s case indicate that citizens who become gravely ill or worse suffer an invalidating accident abroad could have no rights depending on where they are residing at that given moment. Like RS, they could be held in hostage in a foreign hospital, condemned to death and have their organs harvested national legislation permitting. Realistically speaking, how many people seriously consider the laws on end of life care when they travel abroad for short or long stay periods or think of writing their will before buying a plane ticket?