On abortion and gender, Benedict and Francis are irreconcilable

Monsignor Gänswein's memoir, which recalls Pope Ratzinger's notes on Pope Francis' statements on abortion, contraception and homosexuality, confirms the different doctrinal and pastoral perspective of the reigning Pope compared to the emeritus. 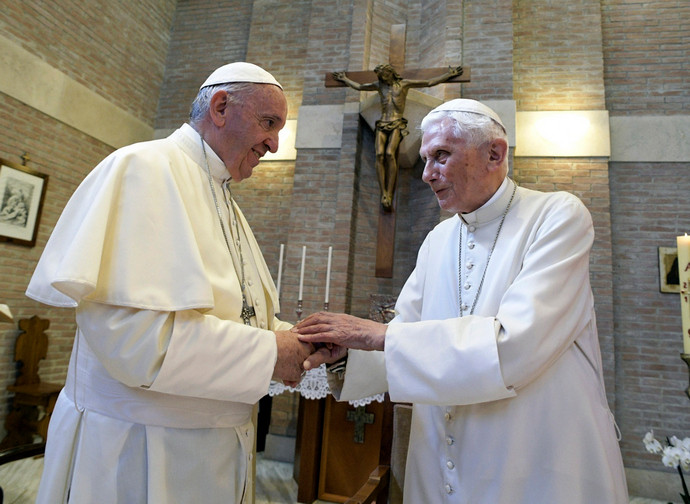 In Archbishop Georg Gänswein’s memoir, Nothing but the Truth — My Life Beside Benedict XVI, there are some passages which confirm  that the pope emeritus, in relation to ethically sensitive issues, was in full harmony with the Magisterium of the Church and in significant discord with the magisterium of Pope Francis albeit presented with extreme grace and respect for the reigning pontiff. 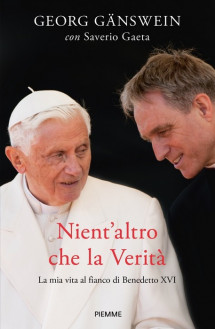 For example, Gänswein recounts that Pope Francis, following the publication of his long interview with La Civilità Cattolica released in August 2013, asked Benedict XVI for his opinion. The latter replied: “Actually I agree with everything you said, but in two points I would like to add a complementary aspect. The first point concerns the problems associated with abortion and the use of contraceptive methods. The second point concerns the problem of homosexuality” (p. 245). The first point referred to the following passage from Francis' interview: "We cannot insist only on the issues related to abortion, same-sex marriage and the use of contraceptive methods. This is not possible. I didn't talk much about these things, and I was reproached for this. But when you do talk about them, they need to be talked about in context. After all, the opinion of the Church is well known , and I am a child of the Church, but it is not necessary to talk about them all the time”.

It is also well known that Pope Francis considers these issues a thorn in his side because they create division due to the doctrine of the Church which is very clear on these aspects. It is therefore preferable not to talk about them or, if they have to be dealt with, to transform them from moral problems into issues of social justice (help for women with unwanted pregnancies, welcoming homosexual people, education in affection for married couples, etc.).

Benedict XVI, taking into account the pope’s judgment on these issues (just the citation of the Catechism of the Catholic Church of which he was the main author suffices), deliberately did not take Francis head on, but chose the more appropriate, we could say, pedagogical path. With regard to abortion and contraception, he called Francis' attention to the theological foundation, rather than a moral or social one, recalling that the battles undertaken by John Paul II in favour of life were battles first of all in defence of the Creator of life, then in defence of God.

On homosexuality, the Pope Emeritus praised Francis' willingness to find a "balance between respect for the person, pastoral love and the doctrine of the faith" (p. 246). Still, Benedict wanted to "add an aspect that results from the problems of public propaganda on this point. The philosophy of gender teaches that it is the single person who decides whether to become a man or a woman. Being a man or a woman is no longer a reality of nature that precedes us. Mankind is a product of itself. [...] It is a radical denial of the Creator and a manipulation of being in which mankind is the only master of itself. This propaganda is not at all interested in the good of homosexual people, but in a deliberate manipulation of being and a radical denial of the Creator. I know that many homosexual people do not agree with these manipulations and feel that the problem of their life becomes a pretext for an ideological war. Therefore, strong and public resistance against this pressure is necessary”.

In summary, Benedict XVI lambasted Francis, while avoiding to give the impression he was in fact lambasting him. What for Francis was of secondary importance but which was critical due to the clear judgment of the doctrine, for Benedict was essential and was a question that found its solution on the doctrinal and therefore pastoral level. That is pastoral care which is the application of the principles indicated by the doctrine and not the source, as the writings and speeches of Pope Francis indicate.

The book, therefore, confirms a fact: Benedict's doctrinal and pastoral orientation was not only different from that of Francis, but antithetical on several aspects, net of the due reverence that the former promised the latter once he became Pope emeritus. Proof of this, again in the moral sphere, is Benedict's reaction to the news that Francis never wanted to respond to the famous dubia of Cardinals Walter Brandmüller, Raymond L. Burke, Carlo Caffarra and Joachim Meisner which ultimately concerned the existence or not of the mala, i.e. whether actions which are always intrinsically evil exist or not. His secretary recalls: "Benedict was naturally surprised by the absence of any hint of a reply from the Pontiff, despite the fact that Francis gave the impression he was available to meet and speak with anyone".

Along the same lines, in positive, regarding the non-negotiable principles (an expression coined by Pope Benedict himself), Gänswein recalls the astonishment of the Pope Emeritus when Francis declared in an interview with the Italian newspaper Corriere della Sera, that he did not understand the nature of such principles (from defined as values): “on March 5, 2014, Benedict read Ferruccio De Bortoli's interview with Pope Francis in Corriere della Sera and wondered what the Pontiff hadn't understood when, answering the question on “non-negotiable values above all in bioethics and in sexual morality”, he had declared: “Values are values and that's it, I can't say that between the fingers of one hand there is one less useful than another. So I don't understand in what sense there can be negotiable values”. Without expressing a judgment, on a personal level the Pope emeritus however interpreted that statement as a change of course and a veiled criticism of the previous behaviour of John Paul II and his own, as if to say that everything can be negotiated”.

Therefore, Gänswein's book confirms that the moral and theological perspective between the two popes was and remains irreconcilable. Moreover, one mustn’t be misled by the humility and devotion Benedict showed Francis either, because even under the reign of Francis, when the Pope Emeritus took the opportunity to make pronouncements on various issues, he assumed positions that objectively cannot be reconciled with the fundamental perspectives of the magisterium of Pope Francis.