The McCarrick report reveals a substantial degree of tolerance towards homosexual conduct by the clergy, which is punished only if minors are the persons abused. This report also ignores the fact that the McCarrick case is only the tip of the iceberg of a power system controlled by the gay lobby. 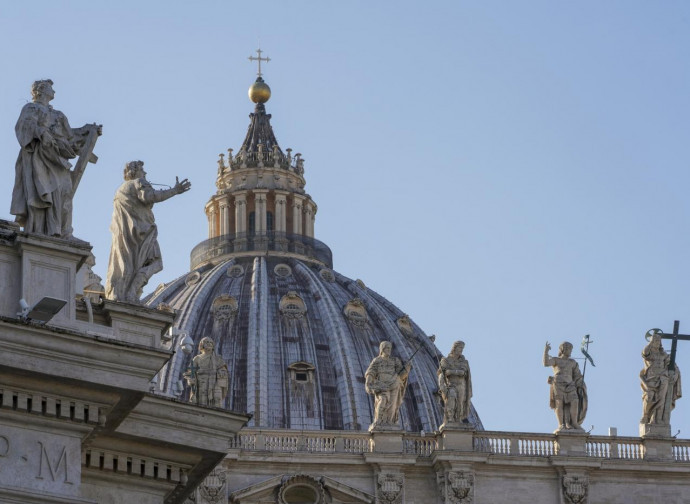 Whether it is a ‘truth operation’ as announced, or a “surreal operation of mystification” as immediately defined by Archbishop Carlo Maria Viganò, there is no doubt that the McCarrick Report presented yesterday in the Vatican is destined to raise more questions than the answers it offers.

While awaiting additional and more specific analyses of this case involving the former cardinal archbishop of Washington Theodore McCarrick,  there are two questions that are real eye openers, both of them connected with homosexuality: the first is tolerance towards homosexual conduct also on the part of members of the clergy; the second is the coverup of a gay lobby and a system that promotes “the career” of trendy clergymen.

Regarding the first point, even though the Report depicts McCarrick as a serial predator, the clamorous reaction only became evident in 2017 with the filing of the first accusation of the sexual abuse of a minor. This fact is clearly highlighted in several parts of the Report, and is also stressed by the director of Vatican communication, Andrea Torinielli, in his editorial presenting the Report, published on the portal Vatican News. After years of rumors, anonymous letters, and accusations “not circumstantiated by concrete facts” but referred to “immoral conduct with adults” – as Tornielli explains – “everything changed, as already mentioned, when the first accusation of sexual abuse of a minor emerged. The response was immediate. A rapid canonical process concluded with the serious and unprecedented measure of dismissal from the clerical state of a former Cardinal”.

What we are being told in practice is that “immoral conduct with adults” certainly isn’t something good in its own right, but is eventually tolerated. The real alarm, along with the ensuing investigation and potentially serious forms of punishment, only goes off, however, when the person abused is a minor. This is tantamount to saying that the dozens and dozens of future priests who shared the bed with McCarrick, and hence to a great extent were condemned to an unbalanced priestly life to say the least, weren’t really of major importance.

As if the moral and faith-related devastation caused by a bishop predator – lost vocations, priests who would later repeat such abuses, episcopal appointments falsified by morbid bonds – constituted a minor problem. Certainly, insistent input advised against  McCarrick’s promotion to a prestigious See, but the steel trap clicked shut only when a minor appeared among his accusers. This is a most serious approach that also ignores the fact that the second crime – abuse of minors – is the offspring of the first one.

Regarding the second aspect, the reconstruction of the McCarrick affair substantiates the idea that, yes, this is a dark page for the Church, but it also stands out as an episode whose repetition will be difficult to witness in the future, thanks above all to the measures adopted especially by Pope Francis, “A painful story from which the Church at large has learned much indeed”, says Tornielli.

There are doubts about this, however, especially because deliberately ignored is the fact that what had permitted McCarrick’s irresistible climb upwards  is a power system otherwise known as the gay lobby, that fosters the appointment and the career of bishops with specific characteristics. A reading of the Report published yesterday might give the impression that the McCarrick case is the outcome of an unfortunate combination of a series of factors: the exuberant personality (to use a euphemism) of the person in question, the lack of clear rules, the generic nature of the accusations, the error of one pope acting in good faith, and the ‘soft’ approach of another pope. Certainly, these too are elements of no little weight, but the real problem is that without a network of relations and complicity at various levels, certain careers would be practically impossible.

Moreover, this network didn’t work for McCarrick alone. In fact, there are some elements that seem to indicate that it has become even stronger. Let us recall the Chilean case in 2018, with Pope Francis who had to face the truth of evidence after having discredited the victims who accused  bishops and priests of being abusers. Then there is the mysterious shelter in the Vatican offered to the Argentinean bishop Zanchetta. Let’s not forget the accusations that pursue the cardinal from Honduras, Oscar Rodriguez Maradiaga, who is the coordinator of the working group of cardinals that assists Pope Francis for the reform of the Curia (“It’s all slander”, said the pope last year), and whose auxiliary bishop Juan José Pineda had had to resign in July 2018 because of episodes of sexual abuse in the seminary. Nor can we forget the “rumors” from his home region of Apulia that accompany the swift ascent of the recently appointed cardinal Marcello Semeraro, who turned his current diocese of Albano into the Italian capital of Lgbt Christians. Coming back to McCarrick, let’s recall that various American bishops were appointed thanks to the former cardinal’s sponsorship.

We could continue along this same line. No, there isn’t any sign that the Church has learned a lesson from the McCarrick case. The feeling is that one person has been made to pay so others may just continue along their way, while at the same time the road ahead is being paved for the idea that for a priest to have homosexual inclinations is not a problem.