Martyrdom of Saint John the Baptist

John the Baptist ended the earthly life of the last and greatest of the prophets, beheaded by a guard of Herod. As soon as they heard the news, John's disciples “came, and took up the body and buried it, and went and told Jesus” 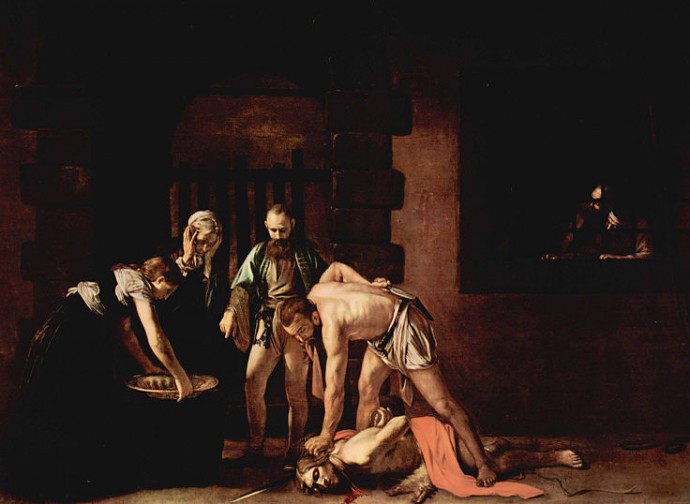 Saint John the Baptist foretold the terrible sufferings of Jesus by the example of his martyrdom, thus sealing his mission of Precursor. The date of 29 August can be found in the dedication of a small basilica (dating back to the beginning of the 5th century) in honour of the Baptist, built on the site of his tomb, in Sebaste, Samaria. The same date also appears in the Roman sacramentaries in which the liturgical feast commemorating his arrival in Heaven (in addition to the celebration of his Nativity on 24 June) was called Passio or Decollatio; the Roman Martyrology reported that on that day the second discovery of the head of St John the Baptist had taken place. Pope Innocent II (1130-1143) then had it moved to the church of San Silvestro in Capite, in Rome.

From the Gospels and tradition we know that John the Baptist had been arrested and put in chains by order of Herod Antipas, son of Herod the Great (responsible for the massacre of the Holy Innocents), because of his concubine Herodias, wife of his brother Philip. The saint, in fact, had clearly said to the Tetrarch: “It is not lawful for thee to have thy brother’s wife” (cf. Mk 6:17-29). While the sinful cohabitation and adultery continued, the day of Herod's birthday arrived, and he was so enchanted to see Herodias' daughter, Salome, dance that he swore to her in front of all the diners: “Whatever you ask me, I will give it to you, even if it is half of my kingdom”. And Salome, in consultation with her mother, asked that John the Baptist's head be brought to her immediately on a tray.

Thus ended the earthly life of the last and greatest of the prophets, beheaded by a guard of Herod. As soon as they heard the news, John's disciples “came, and took up the body and buried it, and went and told Jesus” (Mt 14:12). Thanks to the Antiquities of the Jews by Flavius Josephus (Jerusalem, 37 - Rome, 100) it is known that the imprisonment and martyrdom of the Baptist took place in the fortress of Machaerus on the eastern shore of the Dead Sea.

The “lamp that burns and shines”, as Jesus called John the Baptist, thus offered his life to warn men to the end about the reality of sin and testify to the Truth that had become flesh. The Venerable Bede said: “St. John suffered imprisonment and chains as a testimony for our Redeemer, because he had to prepare his way. For him he gave his life, even though he was not ordered to deny Jesus Christ, but only to silence the truth. Nevertheless he died for Christ. Christ said: I am the Truth (Jn 14:6), therefore for Christ he shed his blood, for he shed it for the truth. And since by being born, by preaching, by baptizing he had to bear witness to the One who would be born, he would preach and baptize, so suffering he also signalled that Christ would suffer. [...] But to people like him it would not have been burdensome, rather easy and beautiful to bear for the truth transitory torments repayable with eternal joys”.