Green pass: a matter of idolatry not vaccination

As restrictions escalate, so does the number of ordinary people who understand that what is at stake is not the freedom to go to the pub or the restaurant, nor even vaccination freedom: it is the freedom to exist as human beings worthy of the name, without kowtowing to Leviathan. It is a question of deciding who we want to worship, God or the dragon. Revelation comes to our aid. 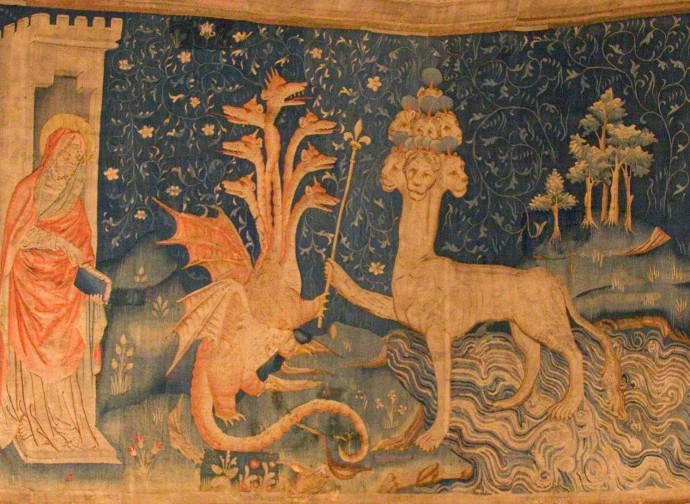 It is now a global trend: as the pressure of states on their citizens increases with the Green Pass, resistance grows and the strength to fight increases. Every restriction imposed increases the number of those who do not want to abdicate their responsibility to their children, to society, to history. And to God.

There are more and more ordinary people who understand, or even just sense, that what is at stake in this systematic aggression is not the freedom to go to the pub or restaurant; it is not even vaccination freedom: it is the freedom to exist as human beings worthy of the name.

We are faced with regulations that are increasingly burdensome in terms of their content and regulatory status, which in fact establish that those who do not surrender the right to their bodies to Leviathan will in fact be excluded from simple social life and even from the possibility of earning a living through their work. A right over the body that extends to complete control of the person, because people who are 'free' to eat at restaurants, to attend university or teach, to travel; in short, people in possession of the magic QR code, will send strictly personal data to their respective Ministry of Health, and perhaps these will be managed by private companies. A new omniscience is at the door.

This select body of citizens has therefore understood that what is at stake is not a certain freedom to do or refuse to do something, more or less important, but precisely the freedom to continue to exist as free persons who have decided not to kowtow before Leviathan. A freedom that is the foundation and condition of every subsequent action, including those necessary to put bread on the table.

However, the many and ever-growing criticisms and oppositions to this collective madness do not manage to go beyond the legal, scientific, health, economic, and philosophical plane; the drama within this drama is the silence of theology and even more so of Church pastors, who fail to understand that Leviathan has a first fundamental and inalienable commandment: you shall have no god but me. It admits no other god but itself as the source of law, freedom, and knowledge, and no other god but itself as the object of admiration, adoration, and the unconditional obedience of mankind.

The world has fallen into darkness mainly because those who are called to be the light of the world have decided that, in order to show solidarity with the world, it is not expedient to disturb its darkness. Yet the Church has the right and the duty to enlighten people, especially those who are strenuously and commendably trying to resist.

The Book of Revelation is often considered a taboo book, "unreliable" because of its symbolic language. In fact, it has received plenty of flawed arbitrary interpretations, but this is no reason to dismiss it or to shake one's head as soon as it is mentioned.

St John is in exile on the island of Patmos, where he remains until the death of Domitian. There, on the Lord's Day, he receives the magnificent revelation that has been delivered to us. The core content, particularly from chapter 12 onwards, is the unveiling of a conflict, a radical opposition between the divine Trinity and the diabolical "trinity" (dragon - beast rising from the sea - beast rising from the earth), between the Woman and the dragon, between the Church and Babylon, between the seal of the select and the mark of the beast. Verses 16-18 of Chapter 13, which concern the mark of the beast, are particularly important and have caused rivers of ink to be spilled in commentary. One approach, which I think is wrong, is to try to decode this mark a priori, so as to be able to recognise it and avoid it; in truth, on closer inspection, John takes a different approach: he provides a very clear signal to recognise that this mark, which in itself appears to be of another nature ("it is a man's name"!), is instead the mark of the beast.

The Apostle seems to tell us: When you see that no one will be able to "buy or sell without having such a mark" (13, 17), know that this is the mark of the beast. In other words, the seductive power of the second beast (or false prophet) is such that you will not be able to recognise his mark as his own; you will consider it something merely human, you will mistake it for something particularly useful, attractive, even indispensable. Here then, from Above, we are given an unequivocal sign, which will enable us to recognise that mark as the sign of the beast's will to be worshipped (bear in mind that the term "worship" occurs five times in this chapter).

And what is this clear sign, which must at once awaken the attention and prepare the resistance of the followers of the Lamb? It is the fact that without that sign on their forehead and right hand, they can no longer do anything. Whenever an earthly power arrogates to itself the right to control people's bodies and minds, to admit or exclude them from human society, whatever may be the justification of this act, know that what confronts you is not human power and knowledge, but that of the two beasts, which are ultimately one with the dragon and lead to the worship of the dragon.

It is no coincidence that the earliest commentators on the famous "number of the beast" lean towards deciphering that number as "Nero Caesar", to the extent that it gave rise to the legend of Nero redivivus. This means that in the early centuries there was a lively awareness that the great trial that would run through the history of mankind, reaching its climax in the End Times, would have the face of a power so totalitarian that it would want to control mankind in every way, to invade their bodies and pervade their minds, to exclude at its own discretion from civil life those who did not intend to accept the "mark". It is a man’s name, a man, however, who demands the adoration due only to God.

Revelation reveals that behind the financial and sanitary strategies, behind the legal and media battles, what is really at stake is something else: it is a question of deciding whom we want to worship; before whom we want to prostrate ourselves; to whom we recognise the power over our bodies and minds. It is not an issue of vaccination, but of idolatry.