England’s "best interests" law would have even killed Schumacher

Michael Schumacher is alive albeit severely disabled, also thanks to his wife. While the English courts and protocols in the name of "dignity" prevented Archie Battersbee’s family from taking care of him. Two similar cases divided by a basic difference: the country where the accident occurred. 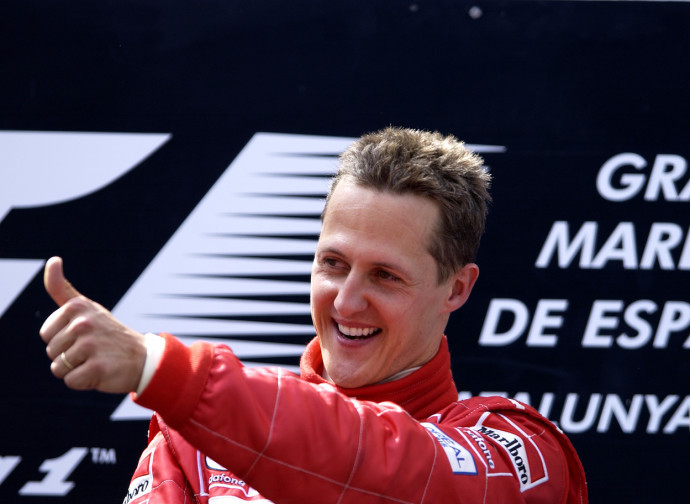 Curiously, at the same time the decisive battle for Archie Battersbee’s life was being fought in the High Court in the UK, the story of Michael Schumacher’s tragic accident made a splash in the tabloids when he was honoured with the prestigious State Prize of North Rhine-Westphalia (NRW) at the end of July. Corinna his wife and daughter Gina-Maria accepted the award on his behalf in an emotional ceremony. But, the coincidental appearance of the two news stories, suddenly highlighted the way the two cases had played out in comparison. Despite the similarity of their injuries, it was the fact the outcomes were so different that stood out.

Only a single detail had sufficed to determine the fates of Archie Battersbee and Michael Schumacher: the country they were in at the time of their accidents. It underscored the way legal protocols and medical guidelines by which the State and its doctors control life and death decisions vary between countries.

It’s well known that Archie Battersbee and Michael Schumacher both suffered catastrophic brain injuries. Archie’s tragedy occurred when he accidentally strangled himself in a suspected online challenge gone wrong last April. He was immediately taken to his local hospital in Southend and then transferred to the London Royal Hospital for specialist treatment. Yet, by the third day, doctors had already decided he was brain-stem dead, inquired about harvesting his organs and ending his life-support. As Archie’s parents refused to comply asking instead that Archie to be given more time to recover, Barts NH Trust responsible for the London Royal Hospital, turned to the courts for legal permission to end Archie’s life. The bitter four month legal battle ended in a predictable ‘victory’ for the doctors and the boy’s premature death at 12 years old on 6 August.

Michael Schumacher’s accident occurred when he was skiing on a family holiday in the French Alps, in December 2013. He crashed and hit his head on a rock. His injuries were so severe, he underwent two emergency operations in the first 36 hours to relieve blood clots and was placed in a medically induced coma for six months to help reduce the swelling of his brain. After six months he was transferred from the hospital in Grenoble to his home in Genevra which had been specially adapted to provide the highly specialised treatment he required for his injuries. But, nearly a decade later, Schumacher is still seriously disabled. He hasn’t been seen in public but from what is known, he is in a vegetative state with scarce hope of any improvement. At the prize-giving, Corinna gave a rare update, “Michael is here, different, but he's here and that gives us strength”. According to Ferrari team boss turned FIA chief Jean Todt, a close family friend, Schumacher is still alive because of his wife.

But if by chance Michael Schumacher had been injured in England instead of France, what would have happened? Knowing he would have been subjected to the same medical and legal protocols, as Archie Battersbee, which encompasses foreign citizens who happen there and fall seriously ill, would he still be alive today?

It’s not possible to compare Schumacher’s and Archie’s respective brain injuries today due to lack of medical evidence, but there are several aspects on how the two cases unfolded worthy of note. Primarily, the six diagnostic tests to determine if Archie was brain-stem dead (a declaration of death in UK law) were never carried out. Instead, his doctors based their diagnosis on a balance of probabilities. This was the first time in England a person was declared “highly likely dead”.

We also don’t know the severity of Schumacher’s brain injury. His family have always kept the details of his medical condition a close guarded secret. We do know, however, his doctors think he is lucky to be alive; in the first three days after his accident Schumacher received two life-saving operations; he was kept in a coma for six months to heal; the family’s considerable wealth buys him the best medical care available including the latest experimental treatment. And nonetheless, he remains seriously disabled.

Archie’s parents, however, have always wondered if their son received the specialist treatment he needed in the first few hours after his accident and whether he too required an operation to relieve swelling on his brain. Yet, they were denied a private second medical opinion or access to Archie’s medical records for other experts to evaluate which could have put their minds at rest. Moreover, the request for extra time denied to Archie’s mother, Hollie Dance, was conceded to Corinna for her husband Michael. The lack of time afforded to Archie (only 3 days) was the core of Hollie Dance’s legal battle against the Trust. In addition, Schumacher was granted freedom of movement and across borders. He was able to transfer from the hospital in France to his home in Switzerland. Archie was kept a ‘prisoner’ by the Royal London Hospital and was even denied transfer to a hospice to die in peace. Lastly, Archie’s parents were stripped of their parental rights to make decisions for their son’s care while Corinna continues to make decisions for her husband’s.

Yet, it was not all this that sealed Archie’s fate. When Archie’s parents successfully challenged the court ruling on death by probability, the Hospital Trust immediately switched the legal battle to a matter of best interests in the High Court. A virtual death trap from which there’s no escape. It secured Archie’s death and would have secured that of Michael Schumacher.

In his ruling on 15 July in the best interests hearing, Mr Justice Hayden defined the problem as such, “If there were even a possibility that it [medical treatment] could achieve some improvement to Archie's condition, it would be both proportionate and purposeful….the treatment is futile, it compromises Archie's dignity, deprives him of his autonomy, and becomes wholly inimical to his welfare……It serves only to protract his death, whilst being unable to prolong his life”.

Archie was denied a natural death because his life according to UK law had no value or dignity, no autonomy and no prospect of improvement. In the first three days, also Schumacher was in a coma, had no autonomy and no prospect of improvement. His doctors had warned Corinna he might not survive and if he did would never gain autonomy. On the third day, Schumacher was in no better state than Archie. If he had been in England, the doctors would have withdrawn the F1 racing legend’s life-support.

Hollie Dance is still fighting, but the battle this time is for change. Recently, she wrote to the Secretary of State for Health and Social Care, Stephen Barclay, saying she wants a “public inquiry” into the “operation of this system” and a “change of the law”, following her son’s death. Ministers have already said they will commission a review into the causes of disagreement in the care of critically-ill children – detail was given in the 2022 Health and Care Act and the report is due later this year. A clear demonstration there is growing public discontent with the system as it stands and the urge for change has substantial backing. Hopefully, Archie will be the last straw to break the camel’s back!

The tragic stories of Archie and Schumacher leave us with something we can all identify with: the deep longing, if ever needed, to know there will be a Hollie Dance or a Corinna Schumacher to defend our lives with all the love they are capable of. A love that testifies what best interests negates: the value of a person far exceeds any disability because life is a sacred gift.