The feast of the Conversion of Saint Paul reminds us of the fruits produced by the acceptance of grace, capable of radically transforming one of the most active persecutors of the early Church into the greatest announcer of the Gospel to the Gentiles. 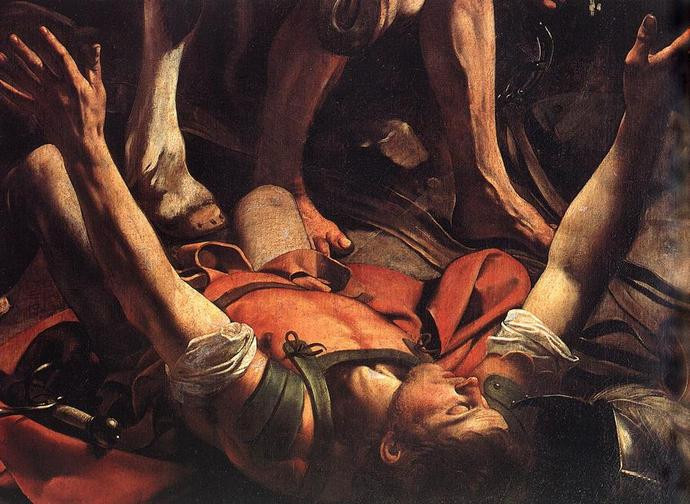 The feast of the Conversion of Saint Paul reminds us of the fruits produced by the acceptance of grace, capable of radically transforming one of the most active persecutors of the early Church into the greatest announcer of the Gospel to the Gentiles. The conversion of Paul, who had subscribed to the killing of Stephen and was heading to Damascus to continue his own persecution of Christians, is told in some of the finest lines from of the Acts of the Apostles (especially 9: 1-19). Here the manifestation of light and the celestial voice are followed by Paul's first recognition of Christ, with his question: "Who are you, O Lord?" And the reply is: "I am Jesus, whom you are persecuting." It is his first encounter with Truth but, in order to embrace it totally, Paul will have to spend three days in prayer, "without his sight and took neither food nor drink".

The reassuring answer that the Lord would meanwhile give Ananias, the Damascus disciple called to help Paul and lay his hands on him, highlights the wisdom of God's ways, so different from the ways of the world:  “Go, for this man is my chosen instrument to bring my name before gentiles and kings and before the people of Israel; I myself will show him how much he must suffer for my name.” Filled with the Holy Spirit after those three long days, Paul would see "like scales" falling from his eyes, and from that moment he would become a tireless preacher of the incarnate Truth: the life, death and Resurrection of Christ, with His glorious return and eternal reward for those who have persevered in His name.

Paul, therefore, responded to the grace he had received by accepting the plan that God had for him, without refusing any labours, hardships or persecutions, until his martyrdom in Rome as a true servant of Christ and His Church. As a witness to the Risen One, after recalling that before him Jesus had appeared to Peter and the other apostles and, later, "to more than five hundred brethren", in the First Letter to the Corinthians the Apostle of the Gentiles wrote: "Last of all he appeared to me too, as though I was a child born abnormally. For I am the least of the apostles and am not really fit to be called an apostle, because I had been persecuting the Church of God; but what I am now, I am through the grace of God, and the grace which was given to me has not been wasted. Indeed, I have worked harder than all the others – not I, but the grace of God, which is with me. So, whether it was they or I, this is what we preach and what you believed.”

Today's feast of Saint Paul, included in the Roman calendar towards the end of the first millennium but already celebrated a couple of centuries earlier in some areas, concludes the Week of Prayer for Christian Unity and recalls that the return to the only Church of Christ needs to pass through an authentic conversion to the Gospel.