Commemoration of all the Faithful Departed

Custodian of Divine Revelation and herald of the Risen Christ, the Church today commemorates all the faithful who have died, i.e. those who died in the grace of God. On their behalf we are called to offer good works. For 2020, the possibility to gain plenary indulgence for a soul in Purgator has been extended to the entire month of November 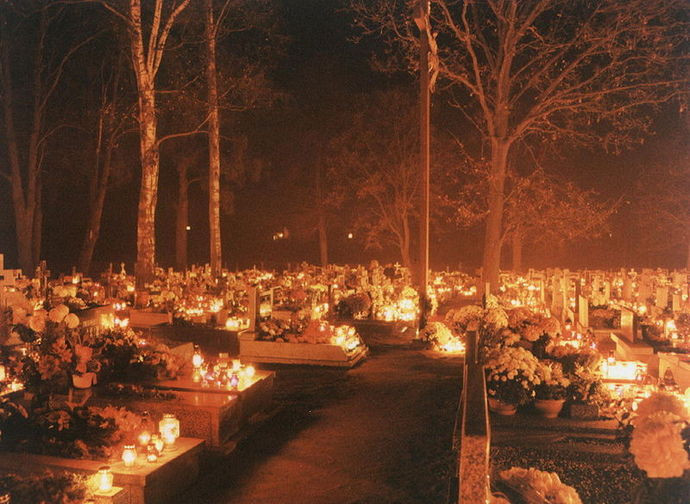 Custodian of Divine Revelation and herald of the Risen Christ, the Church today commemorates all the faithful who have died, i.e. those who died in the grace of God. On their behalf we are called to offer good works.

After celebrating the saints who already contemplate the glory of the Most Holy Trinity, this memorial further clarifies the invisible but very close bond between the baptised still on earth and the dead who have already gained salvation: together they form the Mystical Body of Christ, the Church. The sufferings and merits of each member of this Body - as Saint Paul already explained (1 Cor 12) - are communicated to the other members.

For this admirable communion of saints, the Church recommends Masses of suffrage for the dead, together with alms, indulgences, works of penance and prayers. All this helps those who are being purified in Purgatory to arrive earlier at the beatific vision, reaping the fruits of Jesus’ promise: “I am the resurrection and the life. He who believes in Me, though he may die, he shall live. And whoever lives and believes in Me shall never die” (Jn 11:25-26). The Church's teaching on piety for the dead is based on the Holy Scriptures and can already be found in the Old Testament in the merciful work of Judas Maccabeus (cf. 2 Mac, 12-38-45) towards his fallen companions: “Therefore he made the atoning sacrifice for the dead to be absolved of sin”. Evidently, this is the sign of an intermediate state of purification which finds further confirmation in the New Testament.

Sin has in fact a double consequence. Confession frees one from the guilt linked to sin, but if a complete conversion (such as to lead to full purification) is lacking, the soul will still need to atone for the so-called temporal punishment of sin: this atonement takes place both on Earth and in Purgatory. By the highest divine will, by virtue of the communion of saints, the works of mercy of the living towards the deceased can shorten or totally erase their punishments, which are nothing more than remoteness and nostalgia for God. Towards Him, in fact, the souls in Purgatory - now free from the earthly darkness connected with sin, which prevents us from grasping the beauty of our ultimate goal - burn with love.

From 1 to 8 November it is possible, once a day, to gain plenary indulgence for a soul in Purgatory by visiting the cemetery and praying for the deceased, as well as fulfilling the usual three conditions: Confession (even 8 days before or after, provided that we communicate in a state of grace), Communion and prayer according to the intentions of the Pope (Our Father, Hail Mary and Glory). For 2020, given the spread of Covid-19, this possibility has been extended - with a decree of the Apostolic Penitentiary - to the entire month of November.

The collective commemoration of the deceased faithful has very ancient origins, as Saint Augustine (354-430) attests, speaking of common petitions that the Church “has always done for all those who died in Christian and Catholic communion”. Over the centuries, various dates and practices of piety had spread. But the turning point came in 998 when St Odilo of Cluny, a Benedictine abbot with a fervent devotion to the souls of Purgatory, arranged for a solemn Mass to be celebrated every 2 November in suffrage for the souls of the faithful who had died, to be held in Cluniac monasteries. The practice soon spread to other congregations and was later extended to the whole Catholic Church.

Decree of the Apostolic Penitentiary (22 October 2020)