Candlemas, the triumph of sweet and savoury pancakes

On 2 February, the day of Jesus' presentation in the temple and Mary's purification, both Italy and France have a tradition of eating pancakes (or crêpes). There are many versions and variations depending on the region, but it is a shared tradition. And in France, in all regions, only crêpes are eaten for Candlemas, from morning to night.
- THE RECIPE: KNIAKIACHL 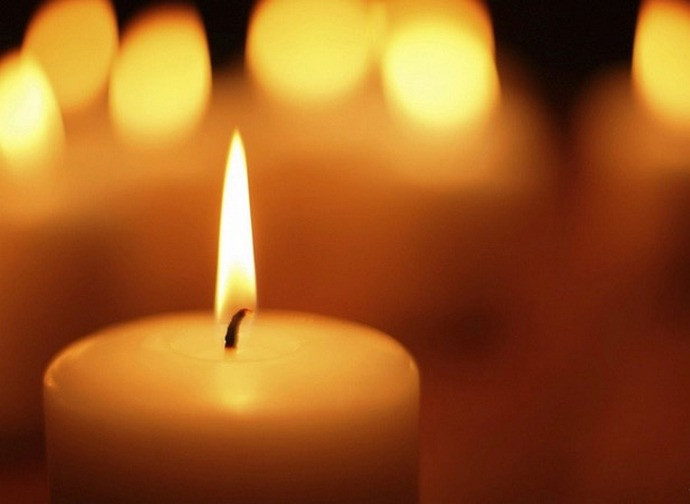 Candlemas is known as the feast of candles and its origin dates back to Roman times: the feast of Lupercalia was celebrated on 15 February, in honour of Faunus, deity of the flock and fertility. At that time it was a pagan festival, during which people pleaded for the return of good weather. Round, golden pancakes were traditionally prepared for this feast: they evoked the sun and the return of spring, essential and vital elements for agriculture. The feast was celebrated in various forms by different ancient peoples. Later, Candlemas celebrated the purification of Mary and the presentation of Jesus in the temple. According to the Law of Moses (Exodus 13, 2.11-16), every first-born male child of the Hebrew people had to be offered to the Lord and it was necessary that after his birth the parents redeemed him by offering a sacrifice (a beautiful painting by Andrea Mantegna from 1465 depicts this important moment, see photo).

Furthermore, according to the same law of Moses, women were considered unclean for 40 days after the birth of a child (actually of a boy, for the birth of a girl it was longer), and had to go to the temple for purification (Leviticus 12,1-8). Because of the combination of these two passages of Scripture, in Jesus’ time it was expected that 40 days after birth the offering of the firstborn child and the purification of the mother would take place simultaneously. In fact, this is what Mary and Joseph did, according to the Gospel according to Luke (2:22-39). Hence the Feast of 2 February, which falls 40 days after 25 December, the day on which the birth of Jesus is celebrated. On that day, candles, the symbol of Christ, are blessed, and so Candlemas went from being a pagan festival to a religious one.
The feast is also observed by the Orthodox Church and several Protestant churches.

In ancient times this feast was celebrated on 15 February (40 days after the Epiphany), as Egeria testifies in her Peregrinatio. The name ‘Candlemas’, as the feast is popularly known, derives from the similarity of the rite of Candlemas mentioned by Egeria (“All the lamps and candles are lit, thus making a very great light” [Peregrinatio Aetheriae 24, 4]), with the ancient ritual torchlight processions that took place during the Lupercalia, the very ancient Roman feast we mentioned earlier. The similarity between this pagan festival and the Christian one is not only in the use of candles, but especially in the idea of purification.

During his episcopate, Pope Gelasius I (492-496), the last pope of African origin, obtained from the Senate the abolition of the pagan Lupercalia and their replacement by the Christian feast of Candlemas.

During the medieval period, pilgrims began to come to Rome to celebrate the presentation of Jesus in the temple, at first bringing torches with them, then torches and candles, and finally only candles, because God is ‘the light that enlightens the nations’. Hence the adopted name of Candlemas. It was customary for the pope to offer the pilgrims something to eat: thin, round pancakes sprinkled with honey. And here the pagan tradition meets the Christian one, through this simple and delicate dish that has become the gastronomic symbol of this feast.

As the date of this festival falls halfway between the Winter Solstice and the Spring Equinox, traditionally the weather on the 2nd of February is indicative of whether or not spring is approaching. In this regard, in all Italian regions there are proverbs which ‘predict’ whether spring will be cold or hot, depending on the weather conditions of 2 February. And returning to the gastronomic traditions linked to this holiday, the sweet or savoury pancakes (or crêpes) are the stars: In Italy there are many versions, each region has its own variations.
In Abruzzo, in Teramo, they are called scrippelle: they are thin pancakes made of flour, water and egg eaten as a first course, cooked in broth (and therefore a savoury version).
In Apulia they are called pettole, they are spherical pancakes, well cooked, so that they are crispy (in Bari they are called popizze).
In Valtellina, pancakes are called paradelli, while in Valsesia they are called miacce: batter cooked with the ‘ferro delle miacce’ (a special iron pan, see photo) and topped with cheese or salami, or better still with Salignön, a ricotta cheese with a spicy, piquant flavour. In the south of Tyrol we have kniakiachl, delicious sweet pancakes filled with cranberry jam (see today's recipe); in Friuli there are crespelle della Candelora, pancakes filled with sausage and cheese. In Italy, Candlemas is celebrated collectively in various ways, with fêtes, fairs, festivals, and parties. In Tarzo (in the province of Treviso) there is a Candlemas Festival: every year, after Holy Mass with the blessing of the candles, typical dishes (tripe, mixed grill and crostoli) are eaten.

Many other places also hold Candlemas celebrations on 2 February (or the weekend before). We would like to mention two: Montegrosso Pian Latte in the province of Imperia and the Candlemas festival in Romano d'Ezzelino (province of Vicenza). While in Sicily, Candlemas is one of the main elements of religious folklore. Finally, we would like to conclude by talking about a neighbouring and friendly country: France. It has a special attachment to Candlemas, which all its people celebrate gastronomically with great intensity. On that day, everyone only eats crêpes, from morning to night, in all regions: savoury, sweet, as an appetiser, as a dish, as a dessert, in street food, at company parties, in the form of a cake if you are celebrating a birthday, in the school canteen, etc.

There are differences in recipe from one region to another (in Brittany wheat is used, in several parts of the south chickpea flour mixed with normal flour), they are made thicker or thinner, with vanilla or lemon peel, with rum, milk or eau-de-vie, with cinnamon or without, etc.); whatever the recipe, 2 February is crêpe day in France.

In the Middle Ages, there was no longer any need for a pilgrimage to taste crêpes. French peasants prepared them thinking that if they failed in this task the following year's wheat harvest would be bad. People were advised to fry the crêpe with the right hand while holding a Louis d’or gold coin in the left hand to attract good luck. Not to mention that the round shape and golden colour of the dish would attract the sun, the light, and the future arrival of good weather, at a time when the days are getting longer. A food full of optimism, in short.

And never before have we been in such dire need of optimism.