What will poor countries do if the “rich” ones get sick?

Even in the midst of the pandemic Oxfam hasn’t changed its tune: it is asking rich countries to help poor countries fight the coronavirus. But the NGO doesn’t ask why poor countries are poor. The answer lies in the tribalism, corruption and violence of their ruling classes. It would do better to ask them for the necessary funds. 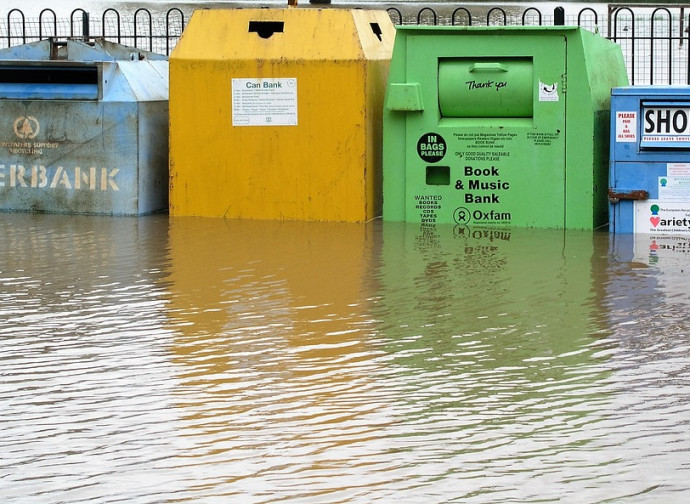 Oxfam, the confederation of non-profit organisations committed since 1942 to fighting poverty, is collecting signatures to address five demands they are making to the leaders of the G20: to guarantee free access to health care for all; to support the spread of practices to prevent the coronavirus; to double the healthcare expenditure of the 85 poorest countries on the planet by financing them with aid and debt cancellation; to hire and train 10 million new health workers; to make vaccines and therapies a global public good.

In essence Oxfam wants industrialised countries to once again take on the burden of helping developing countries. It is with their money, actually in particular that of some of the countries - United States, European States, European Union - that the NGO has always fought poverty through the provision of humanitarian aid and the implementation of development projects.

In reality, however, humanitarian aid does not defeat poverty: it mitigates its discomfort by providing the poor with what they are unable to provide for themselves. If the aid ceases, those who were receiving it fall back into poverty. In other words, those who are helped remain poor, but suffer less from a lack of resources. Development projects, on the other hand, if they are successful, enable the people to whom they are directed to become self-sufficient. However, many projects, both because of objective difficulties and, even more so, because of choices inspired by anti-Western ideologies - hostility towards the market, the capitalist mode of production, the Western model of life - are designed to cross the poverty threshold, adding some resources to the limited, irregular and uncertain resources that the subsistence economy produces. So those who benefit from them continue to need help in daily life and when difficulties arise.

When the data on poverty is updated, even if with due satisfaction for its constant decline, it is not explained that those who are just past its threshold are still not able to buy a pair of glasses, receive dental treatment, live in sanitary homes and neighbourhoods, and are unlikely to recover from an accident or manage to face a crisis with their own means.

To aggravate the situation, most of the people about whom Oxfam and other international organisations (NGOs, UN agencies, foundations...) involved in humanitarian interventions are concerned, are poor because they live in poorly administered countries, where assistance and social security are inefficient or absent, where many problems are created by the neglect, if not worse, of those who control the state apparatus: more than by the lack of resources, by their irresponsible use. Prime examples are Zimbabwe, annihilated by decades of delusional economic policies, South Sudan, which escaped persecution by a criminal government only to plunge two years after its secession from Sudan into a bloody tribal conflict, Equatorial Guinea, for 41 years ruled by a family that considers and uses the proceeds of the oil of which the country is rich as its own personal wealth.

To stick with Africa, but this also applies to countries in other continents, in addition to political, religious and tribal clashes that create social and economic crises, governments and institutions are responsible for health emergencies resulting from unsanitary living and working conditions, hunger and malnutrition, and inadequate health services. Furthermore, the human factor is also at the origin of emergencies due to adverse weather phenomena, whose damages it multiplies. In the 85 poorest countries of the planet, hundreds of millions of people fall ill and many die as a result of diseases that elsewhere have disappeared or can be treated, and whose onset can be prevented; many others suffer helplessly and are abandoned to themselves during floods, droughts, hurricanes, even locust invasions.

In the Democratic Republic of Congo today five epidemics are raging: in addition to Covid-19, malaria, which in 2019 affected 1.5 million people, cholera, which is endemic, and of which last year there were more than 30 thousand cases, measles, which in 2019 killed more than 6 thousand people, mostly children, and infected 310 thousand, and finally Ebola, which appeared in the east in August 2018 and is perhaps finally overcome as, since March 3, there have been no infections, although to be sure of this 42 days without new cases are required. The WHO, in collaboration with Unicef, Médecins sans Frontières and other bodies, in 2019 in Congo vaccinated 18 million children against measles, provided means, money and services to the population and trained 60 health workers employed by the Congolese Ministry of Health, now able to carry out a series of services and activities. For Ebola, WHO, MSF and other NGOs created from scratch control structures, clinics, mobile workstations, aided for the first time by a vaccine that enabled the containment of the epidemic, the number of sick people and the victims.

What will become of these and all the other humanitarian emergencies previous to the coronavirus and far from resolved, now that every country on the planet must think about putting its own health system in a position to cope with the pandemic and must use the resources at its disposal to stem the economic and social crisis generated by the virus? Oxfam should collect signatures to urge the governments of the 85 poorest countries to meet its demands. It should do so because for the most part they are not poor countries at all, on the contrary. It should do so because it would be right. It doesn't do so because it knows they wouldn't listen, and because it is used to thinking that the “rich” countries should and can provide, as they always have.