"This is why Freemasonry and the Church are incompatible".

There are about six hundred documents, approved by the Popes, condemning Freemasonry, in any form. Freemasonry "denies in principle the value of revealed truth", rejecting all faith in the dogmas taught by the Church. The religious indifferentism of Freemasons is characterised by "a deistic conception", incompatible with the Catholic conception. The Daily Compass interviews Father Zbigniew Suchecki, one of the leading experts on the complex relationship between the Church and Freemasonry. 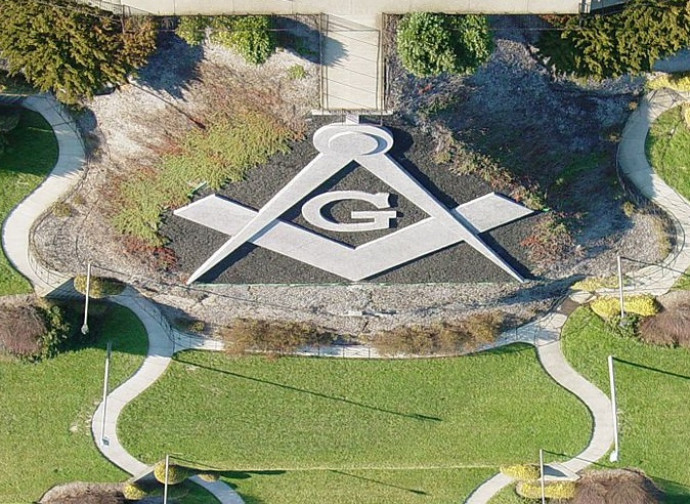 The Church's judgement on Freemasonry has always taken into account not only whether or not the organisation operates against the Bride of Christ, but more generally its being in philosophical and moral contradiction with Catholic doctrine. These range from Clement XII's bull of excommunication In eminenti apostolatus specula (1738) to the Congregation for the Doctrine of the Faith's declaration of 26 November 1983, drafted by the then Cardinal Joseph Ratzinger and approved by St John Paul II. The Church's pronouncements against Freemasonry have been repeated over the centuries and have confirmed that so far nothing has changed in the legislation on the subject.

On the complex relationship between Freemasonry and the Catholic Church, the Daily Compass spoke with Fr Zbigniew Suchecki, professor at the Pontifical Faculty of St Bonaventure - Seraphicum and one of the greatest experts on the subject, on which he has written the books La Massoneria nelle disposizioni del "Codex Iuris Canonici” del 1917 e del 1983 and Chiesa e Massoneria. He references these books in answering our questions.

Father Suchecki, on the relationship between the Church and Freemasonry, which documents are worth mentioning?
Canon 2335 of the 1917 Code of Canon Law declares that those who join Freemasonry or other associations of the same kind, which plot against the Church, incur ipso facto the excommunication restricted to the Apostolic See. In recent centuries, Freemasonry, whether regular, legitimate, irregular, or 'deviant', without distinction, has been condemned by various Popes in some six hundred documents. The issue, however, is highly topical because many Catholics belong to Free Masonry.

What were the positions that emerged on Freemasonry during the Second Vatican Council?
The Antepreparatory Commission of the Second Vatican Council had collected in six points the bishops' proposals and documents that explicitly concerned Freemasonry, De secta Francomurariorum. The bishops explicitly demanded that the condemnation of Freemasonry be confirmed. During the Second Vatican Council there were those who tried to present Freemasonry in a different light, pushing for a revision of the position taken by the Church in the past. For example, the subject of Freemasonry was brought up by Cardinal Ernesto Ruffini during the 89th General Congregation and as many as three times by the Bishop of Cuernavaca, Mexico, Msgr Sergio Méndez Arceo, who, during the 35th General Congregation, pointed out that in Freemasonry there are many non-Catholic Christians, who, if they knew the Church better, could be a stimulus to eliminate from Freemasonry all that is anti-Christian and anti-Catholic. During the 71st General Congregation, Msgr S. Méndez Arceo, referring to Freemasonry, said that “the laws that the Church has not infrequently decreed against such associations should be revoked, so that the good is not separated from the evil in the Church, which goes against the doctrine of Christ, who taught that one must keep the weeds so as not to pluck them together with the wheat".

In what way does Free Masonry question the Church? Has this position changed over time?
The fact that Free Masonry questions the Church in a fundamental way has not changed. This becomes particularly clear when we consider what self-understanding in concrete terms, what cultural basis, what conception of the present, and what outlook on the future the Free Masons have given themselves as an animated and combative programme in the document: Thesis for the Year 2000, published 22 years ago. In it, the value of revealed truth is denied in principle, and with this indifferentism a revealed religion is excluded from the outset.

Why is Free Masonry's own concept of "truth" among the reasons for incompatibility?
During the period 1974-1980, the German Bishops' Conference set up a Commission officially charged with examining the compatibility of contemporary membership of the Catholic Church and Free Masonry. As a result of the official talks between the Catholic Church and Free Masonry, concluding statements were produced in which the reasons for the incompatibility were stated. In them, we read that "Free Masons deny the possibility of objective knowledge of truth. The relativity of all truth is the basis of Free Masonry. Since the Free Mason rejects all faith in dogma, he also rejects any dogma in his Lodge. Such a concept of truth is not compatible with the Catholic concept of truth, neither from the point of view of natural theology, nor from that of the theology of revelation".

In 1983, the Congregation for the Doctrine of the Faith, headed at the time by Cardinal Ratzinger, felt the need to issue a document on the irreconcilability of the Church and Freemasonry, writing that "there was a possibility that the erroneous opinion was spreading among the faithful that membership of a Masonic lodge was now licit". Can it still be said that the initiation of the Masonic rituals is in explicit contradiction to that of the Christian sacraments?
At the heart of the Masonic rituals is the concept of the "Great Architect of the Universe". Despite the display of goodwill in attempting to embrace every religion, this is a deistic concept. This representation of a universal Architect towering in a deistic distance undermines the foundations of Catholics' conception of God and their response to the God who talks to them as Father and Lord. As noted in the concluding statement of the aforementioned 1980 Declaration of the German Bishops' Conference on the membership of Catholics in Freemasonry, therefore, "the oppositions indicated touch the foundations of Christian existence. Thorough examinations of the Masonic rituals and spiritual world make it clear that simultaneous membership of the Catholic Church and Freemasonry is excluded".