The Sorrows of St Joseph, a means to glory

The devotion of the “Seven Sorrows and Seven Joys of St Joseph” helps us to meditate on some of the greatest mysteries of the hidden life of Jesus, from the inner perspective of Mary's spouse. Venerable Mary of Ágreda recounts how he suffered various infirmities for several years before he died, passing on to us two great lessons: how to endure illness and the exercise of charity towards the sick. 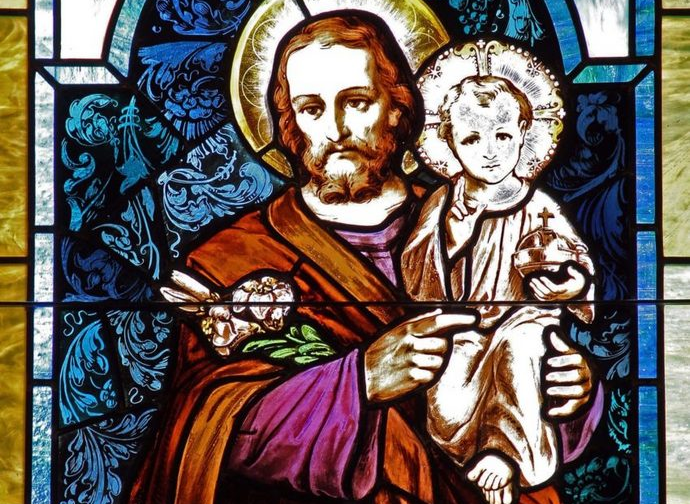 Speaking of St Joseph's “Passion” (see here), we have already mentioned the intensity of the inner anguish that the saint felt when he became aware of Mary's mysterious pregnancy. This is the first of the seven sorrows traditionally associated with the virginal father of Jesus, on the basis of as many episodes narrated in the Gospels. It is the origin of the practice entitled “Li septe Pater nostri de san Joseph” [The seven Our Fathers of Saint Joseph], which appeared as an appendix to a book, dated 1536, by the Capuchin Giovanni da Fano. The friar reported that after saving two brothers from shipwreck, St Joseph told them: “I am St Joseph, most worthy spouse of the Blessed Mother of God, to whom you have recommended yourselves so much (...). And lately I have implored from the infinite divine clemency that whosoever shall say every day, for a whole year, seven Our Fathers and seven Hail Marys, meditating on the seven sorrows that I had in the world, shall obtain from God every grace that is compatible with his spiritual good”.

The glorious patriarch himself revealed the seven sorrows, to which Josephine piety later added seven joys. The devotion to the “Seven Sorrows and Seven Joys of St Joseph” (see here) has enjoyed various indulgences over the centuries since Pius VII. An official version can be found in the Enchiridion Indulgentiarum (1952, pp. 341-345). Its value is obvious. In a similar way to the older practice in honour of “Our Lady of Seven Sorrows”, it helps to meditate on some of the greatest mysteries of the hidden life of Jesus, through the inner perspective of St Joseph. Specifically, the following are contemplated: the anguish at Mary's pregnancy and the joy at the announcement of the angel in his dream (I sorrow and joy); Jesus’ birth in the stable in Bethlehem (II), the circumcision of Jesus and the imposition of his name (III), the presentation in the temple (IV), the flight into Egypt (V), the fear of Archelaus and the return to Nazareth (VI), the loss and finding of Jesus (VII) [To recite it, contemplate a sorrow (and the corresponding joy) every day of the week over the course of a year].

This list, of course, does not exhaust the sorrows that Joseph endured through his earthly life; he was a worthy father of the Redeemer also in the way he faced his sufferings. “If anyone desires to come after me, let him deny himself and take up his cross daily and follow me” (Lk 9:23). Before Jesus passed on to his disciples this teaching, which to the ears of the world sounds unwelcome, Joseph had put it into practice, conforming in everything, day after day, to the divine will. Given his eminent holiness, it could not have been otherwise. Since sufferings, offered to the Father for His plan of salvation, make man all the more like Jesus, Joseph must have been sorely tried.

The importance of St Joseph's patronage of a happy death has already been recalled (see here), but it may still be useful to try to better understand his life as he approached his own death. The Gospels tell us nothing about this. Among the private revelations, of great interest is the account given by the Venerable Mary of Ágreda († 1665) of the last years of the life of the father of Jesus. We mention it briefly, referring for the rest to her full reading, which covers three chapters of the Mystical City of God (chapters 13-15, Book V). In the work, which has enjoyed the favour of several Popes over the centuries, we read that Joseph, at around the age of 52, was forced to abandon manual labour “because the labours, pilgrimages and tribulations he had faced to support his wife and the Lord of the world had weakened him more than his age”. One can imagine the anguish Joseph must have endured when he could no longer provide for those who were most dear to him, Jesus and Mary, but instead had to let himself be assisted in everything. According to Ágreda, the saint finally gave in to the sweet insistence of Our Lady. With her virginal body in full vigour and “in natural perfection” (according to the mystic's account, Mary was then 33 years old and 19 years had passed since the Wedding), she began to work harder than ever, spinning and weaving.

Given the poor state of his health, Joseph had more time to devote to contemplation and to the heroic exercise of virtues such as patience, resignation, and humility. Moreover, because of the gratitude he felt towards Jesus and Mary, who consoled him and assisted him with every care in his infirmities, his heart was inflamed with a love so great that it surpassed that of all the saints except his spouse. The Virgin, for her part, seeing the way in which Joseph bore the burden of his illnesses - including fevers, severe headaches, excruciating pains in the joints of the body - and supernaturally intuiting the mysteries of his heart, felt an ever more intense veneration for her spouse. And she praised God for His holy designs, which consisted precisely in making Joseph walk "this royal road" - that of the Cross - in order to increase his eternal merits. This state of infirmity accompanied him for eight long years, worsening over the last three, when the Virgin intensified the care she gave him, helped by Jesus himself. “There has never been, nor will there ever be, another sick person so tenderly served and cared for”, writes Ágreda.

There is here, therefore, at least a twofold teaching: surrender to God's will in sickness, and exercise charity towards the sick. This exercise, which is “one of the virtuous works most pleasing to the Lord and most fruitful for souls”, as Our Lady revealed to the Spanish mystic, “fulfils a large part of the natural law of doing to others what we would like to be done to ourselves”. These are teachings that our societies, as a result of a growing estrangement from divine truths, are gradually forgetting. But they should be recovered.