With secularisation, the Christian meaning of death has been lost, in favour of a materialist conception that sees in death the end of everything and deceives with euthanasia. St Joseph, the patron saint of a happy death because he expired in the arms of Jesus and Mary, reminds us instead of the need to live and die in the grace of God, giving us a very topical teaching in times of Covid. 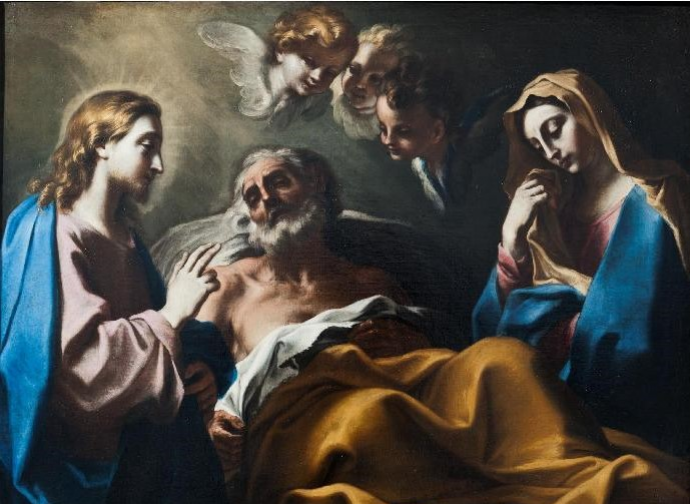 In line with the Holy Scriptures, the Church recalls the need to prepare for death and to arrive there in the grace of God. One of the devil's greatest deceptions, as St Alphonsus Maria de Liguori, among others, warns, is to make us postpone carrying out our intention to confess our sins and to free ourselves from a way of life that offends the Creator. This and other deceptions are particularly dangerous in today's society, which with secularisation has lost sight of the fundamentals of faith and thus also of the Christian meaning of death.

Today a widespread materialism is in vogue that considers death the end of everything and a mere liberation from suffering; its redemptive value (which stems from uniting it with that of Jesus) is not grasped. The diabolical confusion has also spread to the linguistic level, with the various campaigns calling for laws on euthanasia, literally “good death”, which, far from being a liberation, is a grave sin against the Fifth Commandment.

Therefore conveying the true meaning of death (which entered the world because of sin and was defeated by Jesus) is indispensable for a new evangelisation. And for this purpose too, Saint Joseph comes to our aid. He is the patron saint of a happy death, the authentic death, because it opens, sooner or later, the doors to the Kingdom of Heaven. For this reason, in 1920, Benedict XV published the motu proprio Bonum Sane, in which he exhorted the faithful to face up to “tempestuous” times for Christianity by increasing devotion to the head of the Holy Family, because “through Joseph we go directly to Mary, and through Mary to the origin of all holiness, Jesus [...]”.

Encouraging all pious practices in honour of Saint Joseph, Benedict XV recommended one in particular: “Since he is deservedly considered the most effective protector of the dying, having expired with the assistance of Jesus and Mary, it will be the concern of the sacred Pastors to inculcate and encourage with all the prestige of their authority those pious associations that have been instituted to implore Joseph on behalf of the dying, such as those ‘for a Happy Death’, the ‘Transit of Saint Joseph’ and ‘for the Dying’”.

Also by virtue of this special patronage of the dying, St Joseph is invoked as the “Terror of demons”. The invocation of his name, because of the merits he has acquired from God, is a most powerful aid in overcoming the assaults of infernal forces in the final battle that the soul faces at the moment of death. And meditation on his passing over, with Jesus and Mary at his side, has been fruitful of graces for the faithful of every age.

It is no coincidence that the saints were the first to encourage confraternities dedicated to the patron saint of the dying. Among them was Blessed Bartolo Longo, who founded the 'Pious Union of the Dying under the Patronage of Saint Joseph' (Leo XIII was the first to enrol in it) and worked to obtain from the Holy See the institution of a liturgical feast dedicated to his Transit (death) to be celebrated on 20 July. St Teresa of Ávila testified to the inner serenity in the last agony of the sisters devoted to St Joseph: “I have observed that at the moment of breathing their last breath they enjoyed ineffable peace and tranquillity; their death was similar to the sweet repose of prayer. There was no indication that their interior was agitated by temptations. These divine enlightenments freed my heart from the fear of death. Dying now seems to me the easiest thing for a faithful soul”.

Hence it is clear that recovering the sense of death, together with the exercise of the three theological virtues (faith, hope, charity), helps us to experience while still on earth the freedom of God's children. In fact, today's society often refuses to address the question of the end of earthly life because it no longer knows how to look at eternity. The fear that invested the world at the time of Covid, increased beyond all reason by a political and media system that is not oriented towards God (and that exploits fear as a means of control), is also largely explained by the inability to raise one's eyes to the heavenly Father. And linked to this is the lack of truth about the ultimate things: Death, Judgment (particular and general), Hell, Paradise. Teaching that thanks to Jesus Crucified and Risen, death has been conquered - and eternal salvation has been offered to those who accept His Mercy - totally overturns the way of seeing crosses and earthly fears, restoring consolation and hope. “If we die with Him, we shall also live with Him” (2 Tim 2:11), St Paul reminds us.

A classic of Christian literature, the De imitatione Christi expresses in a few words, also quoted by the Catechism (CCC 1014), what the priority concern of our days should be: “In every action, in every thought, you should behave as if you were going to die this very day; if your conscience is upright, you will not have much fear of dying. It would be better to stay away from sin than to flee death. [...]”. The corollary is that the health of the body must be looked after, but the health of the soul must be thought of first.

A famous prayer of Leo XIII exhorts us to ask for the help of Saint Joseph so that, like him, “we may virtuously live, piously die, and attain eternal beatitude in heaven”. Towards this goal we are called to draw from the treasury of graces, such as the sacraments and indulgences, which the Church administers by divine mandate. In this regard, it should be remembered that the Apostolic Penitentiary, precisely for this Year of St Joseph, has issued a decree by which - addressing both the healthy and all those sick people who are unable to leave their homes - it has granted the gift of a plenary indulgence [1] to those who will perform one of the acts of piety indicated by the Penitentiary itself (see here), while also fulfilling, as soon as possible, the usual three conditions [2]. A sure way to eternal joy, then, as is this simple ejaculation: “Jesus, Joseph and Mary, assist me in my last agony”.

[1] Plenary indulgence, as the Church teaches, frees one from the temporal punishment due for sins. That is to say, if a dying person receives it, he goes to Heaven without having to go through purification in Purgatory.