The solution to sexual abuse is not civil justice

The growing pressure from the sexual abuse scandal appears to have led the Church to look to civil justice as a solution. A dangerous road to take, considering it permits state interference in the life of the Church and at the worst could bring it to bankruptcy. This is because the Church has lost its sense of divine justice.
- VERSIONE ORIGINALE IN ITALIANO 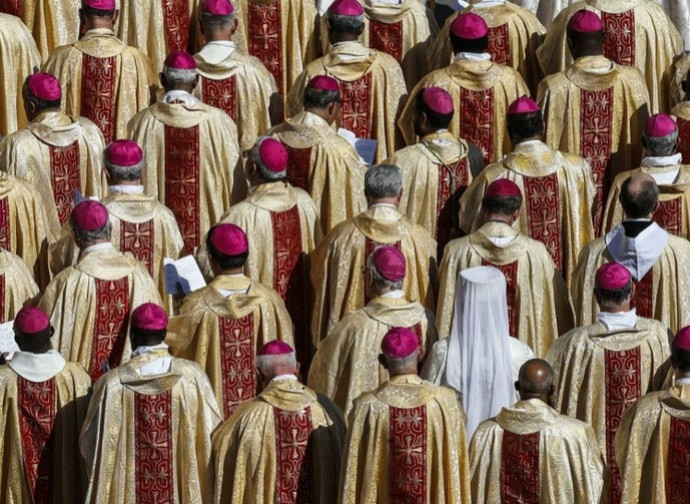 During his speech at the conclusion of the recent summit in the Vatican on sexual abuse, Pope Francis made a point that almost went unnoticed but which surprised everyone watching. The main focus of his intervention wasn’t the ecclesial situation but rather the scourge of child abuse on a global level. Thus, the Pope explained, the data of international organisations informs us that "those who commit abuses (...) are above all parents, relatives, husbands of child brides, coaches and educators". Moreover, Francesco continued, "according to the Unicef data of 2017 concerning 28 countries in the world, 9 out of 10 girls who were forced in to sexual relations, reveal that they were victims of a person they knew or who was close to the family". The list of data continued: every year in the United States 700 thousand minors are victims of violence and mistreatment, and one child in 10 is the victim of sexual violence. In addition, he continued, let’s consider Italy (68.9% of child abuse is inside the home), sex tourism and child soldiers.

The true purpose of this overview was not to minimise the scandal in the Church, but to put it in its true context. The Pope then summed up by affirming: we, as a Church, are doing and we will do everything possible to eliminate this scourge within us, but much more needs to be done globally.

Actually, if the data from America is examined in isolation, then the established cases of sexual abuse by priests against minors amounts to several thousands over 70 years (6,700 according to the detailed report of John Jay College published in 2004, while the recent report by the Great Jury of Pennsylvania speaks of more than a thousand cases in that single state). Whereas, if we analyse the phenomenon as a whole, the national data amounts to 65 thousand cases of sexual abuse a year. At this point, it would be fair to conclude, that the extent to which "cases in the parish" determine the total is clearly marginal. However, the overwhelming message pumped out by the media not only contradicts the numerical facts but has convinced public opinion that the Catholic Church is undoubtedly the centre of international crimes against minors.

The situation raises a question about the magistracy’s and media’s focus on the Catholic Church whilst ignoring all the other cases of abuse. There are a number of possible answers to this: specific abuses involving a religious and moral institution like the Church definitely attract more attention; it is also true that as the Church is the only institution to have addressed the problem directly, it has put itself in the spotlight. No answer will suffice, however, if the strong anti-Catholic prejudice that now dominates the West is not taken into consideration. Its sole purpose is to erase all traces of Christianity and in particular eradicate the Catholic version.

It’s a paradox that the crisis caused by the emergence of the sexual abuse of priests is what is pushing the Church to surrender to the State. It was evident in both the preparations for and conclusions of the recent summit in the Vatican. Faced with the difficulty of how to deal with this phenomenon, many are now hoping that the civil courts will make a clean sweep of those who abuse children. Even Pope Francis reiterated his commitment to "bring to justice" anyone responsible for these crimes.

If the reference is indeed to civil justice, then his statement is full of dire consequences. It is one matter for victims to turn to the magistracy and to the ecclesiastical tribunals, but it is different matter for the Church to open its own doors to civil judges. Furthermore, the risk of justice for the sake of justice is a real danger: the case of the recent condemnation of the Australian Cardinal George Pell is a resounding example. He was found guilty of abuse, despite the fact that there were no witnesses or corroborative evidence provided during the trial. On the contrary, the circumstances in which the abuse apparently occurred verge on the impossible. The strong anti-Catholic sentiment so diffuse in Australia, the internal wars of the Church and the certain involvement of priests in many cases of abuse, have made the cardinal an effective scapegoat. Then there are the implications that this has on the sacrament of Confession and the vow of secrecy to which priests are bound. Even a progressive intellectual like Massimo Faggioli has recently defined the Church’s surrender to "secular justice"as a "calamitous"development. It means accepting that the State can interfere in the life of the Church to the point that, judges may interfere in the choice of bishops and the Pope, as already happens in politics.

It would be a nightmare if the scenario already in motion in the United States developed universally, where the judiciary would be able to prosecute clerical abusers under the anti-mafia law. In this case, prosecutors would treat the whole Church as a criminal organization and the Church would be annihilated by billionaire compensation claims, along with all its good works in education, health, etc. wiped out.

But there is another more serious aspect which concerns faith: this evident surrender to civil justice is the consequence of the Church’s inability to speak of divine justice and to judge life from the perspective of eternal life, which should be the "core" business of the Church. In some way, this also explains why there are priest-molesters: when God's judgment is lost, the mentality of the world penetrates Catholicism. In any case, the Church's primary concern has always been to convert sinners, even criminals and just to be clear, this has nothing to do with “forgiveness at any cost.” In the past, Catholics did not to demonstrate against the death penalty, instead priests accompanied the condemned to their death to save their soul.

The highest level of justice is in fact conversion. For this reason, it was not uncommon for criminals to shelter in convents and then have a chance to convert and atone their sins by living a life of prayer and penance. Instead today, there is a risk that it is precisely the convents that consign its religious members to the prison authorities. For some it might be a craved vengeance, but for everyone else it is a diminished hope.
- VERSIONE ORIGINALE IN ITALIANO